Huawei's new patent allows two EVs to charge each other

The electric vehicle mentioned in the patent includes a battery pack, a DC socket and a controller.

Huawei has previously applied for several patents on automobiles, including patents on methods for detecting vehicle blind spots, powertrain and electric vehicles.

In April last year, Huawei released the HiCar system to enter the field of in-car systems.

At the end of last year, Richard Yu, then president of Huawei's consumer business, said that Huawei had reached cooperation with more than 20 manufacturers on the HiCar system.

Huawei also released an in-car smart screen at the end of last year priced at RMB 1,699 ($263), allowing car owners with older models to enjoy the convenience of intelligence. 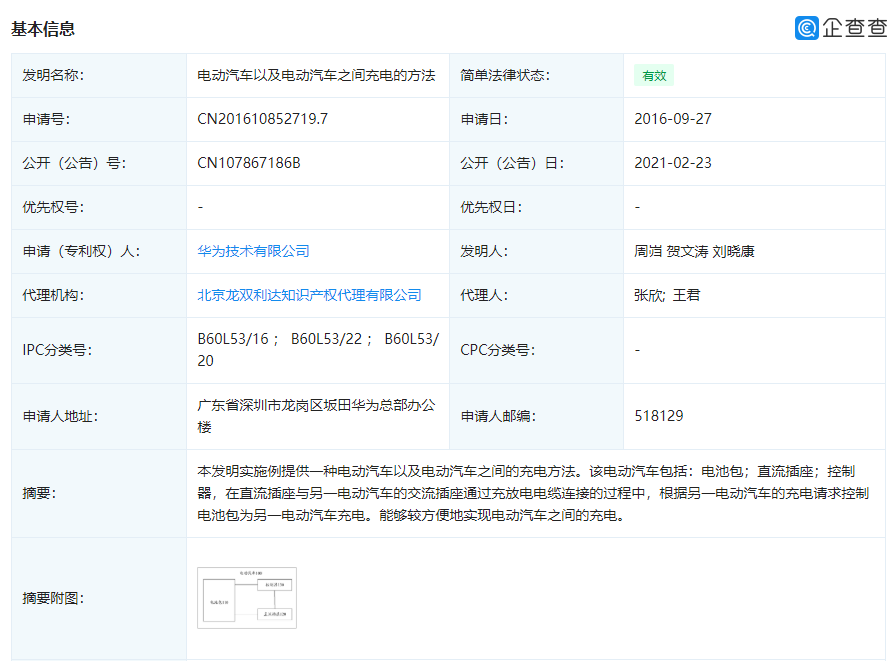