Chinese autonomous vehicle startup Pony.ai announced on Tuesday that the first self-driving cars equipped with its latest system have rolled off the standardized production line.

The cars will begin all-weather road testing in Guangzhou, Beijing, and Shanghai, and will join the company's robotaxi fleet in scaled operations.

The road to scalable self-driving technology requires gradual exploration, from the self-research of hardware modules, the construction of a new production line, to the mass production and verification of vehicles, said Peng Jun, co-founder, and CEO of Pony.ai.

"The cars rolling off the production line is a milestone for Pony.ai, especially significant in terms of standardization and mass production." The scaling of autonomous driving technology requires the ability to implement autonomous driving on a large enough scale to reduce costs and meet commercial needs, said Pony.ai co-founder and CTO Lou Tiancheng.

Pony.ai is a self-driving-focused startup that has raised a total of $1.1 billion in funding as of February 2021, valuing the company at more than $5.3 billion.

Pony.ai gets license to conduct self-driving truck testing on open roads in Guangzhou 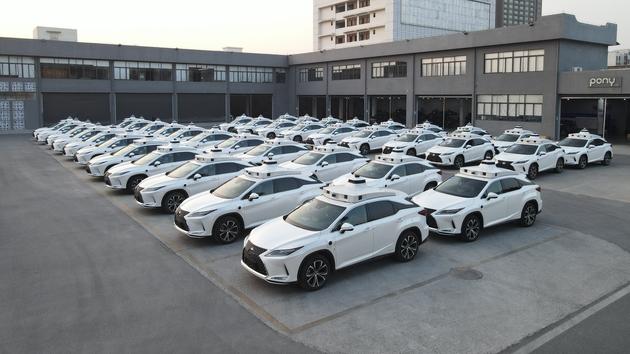 Join our Telegram group to be alerted the moment we publish an article: t.me/CnEVPost
#autonomous vehicles#Pony.ai
0
Comments (0)