China-made Tesla vehicles sell 15,484 units in January, down 35%from December

China-made Tesla vehicles sold 15,484 units in January, down 35 percent from 23,804 units sold in December, according to the China Passenger Car Association (CPCA). The company started to deliver the locally made Model Y in small volumes in the same month.

The locally-made Model 3 sales in 2020 were nearly 140,000 units, with December sales up nearly 10 percent from November, a new high for the model in China in a single month. 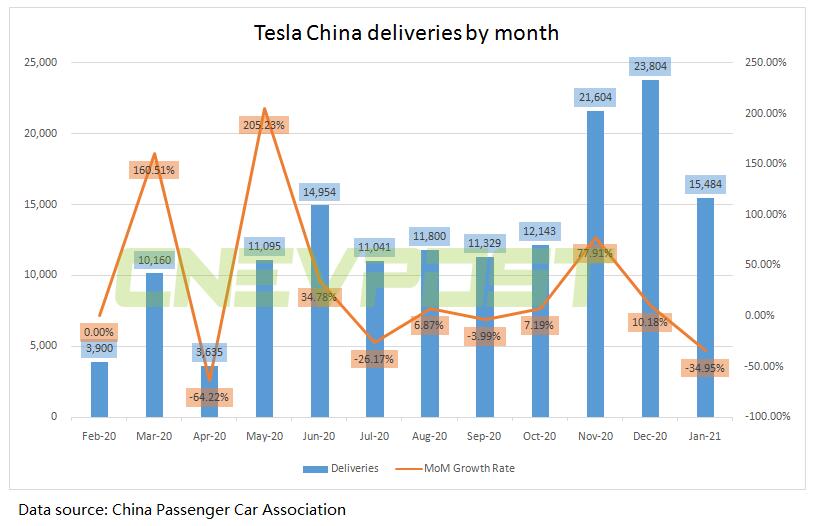 Wholesale sales of new energy vehicles in China reached 168,000 units in January, up 290.6 percent year-on-year and down 20.5 percent sequentially.

The better-than-expected sequential trend in China's new energy vehicle sales in 2021 is mainly due to market demand for new products, especially new products such as SGMW Hongguang MINI, BYD Han, and Tesla Model 3, which are precisely positioned and have very low dependence on subsidies.