Construction of NIO's second plant has entered the construction bidding stage, a month after a tender notice for clearing the land for the plant was issued.

The announcement did not specify that the project is NIO's second plant, but cls.cn quoted the project manager as saying, "This project is the second plant JAC is building for NIO, and the current production capacity is no longer enough."

The announcement shows that the estimated contract price of the project is about RMB 350 million ($54 million), with a planned construction period of 370 calendar days.

Previously, a tender document dated Dec. 24 showed that the Hefei Economic and Technological Development Zone Key Project Construction Management Center was bidding for the site clearance of this plant, with an estimated contract value of RMB 18.0759 million.

NIO's cars are currently produced at a manufacturing base jointly built by the company and JAC, which started construction in October 2016 and will be officially opened in the second half of 2017. 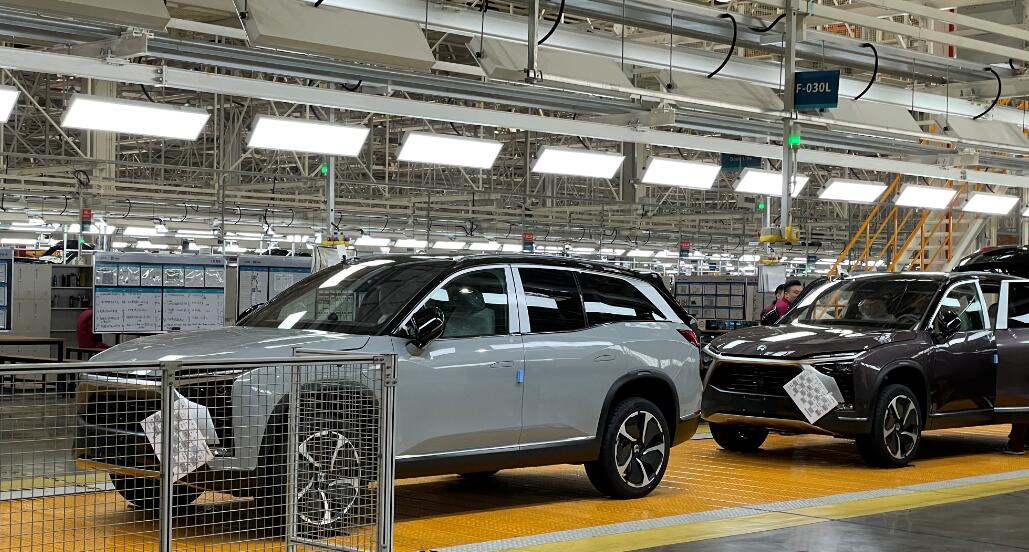 The Hefei advanced manufacturing base currently has more than 2,000 JAC-selected technicians and over 200 engineers from NIO's manufacturing, quality, supply management and R&D fields based at different world-renowned automakers such as Volvo, Mercedes-Benz and BMW.

The Hefei advanced manufacturing base uses an order-based production system, with an annual capacity of 100,000 smart pure electric vehicles planned in two shifts.

NIO delivered a total of 7,007 new vehicles in December, the fifth consecutive month with a record number of deliveries in a single month. 43,728 units of NIO 2020 were delivered for the year, an increase of 112.6% year-on-year.

At NIO Day 2020 in Chengdu on January 9, NIO launched its first all-electric sedan, the NIO ET7, the first model with a 150kWh solid-state battery pack and a maximum range of over 1,000km.

The model is available for pre-order and deliveries will begin in the first quarter of 2022.

Original page of the tender document: 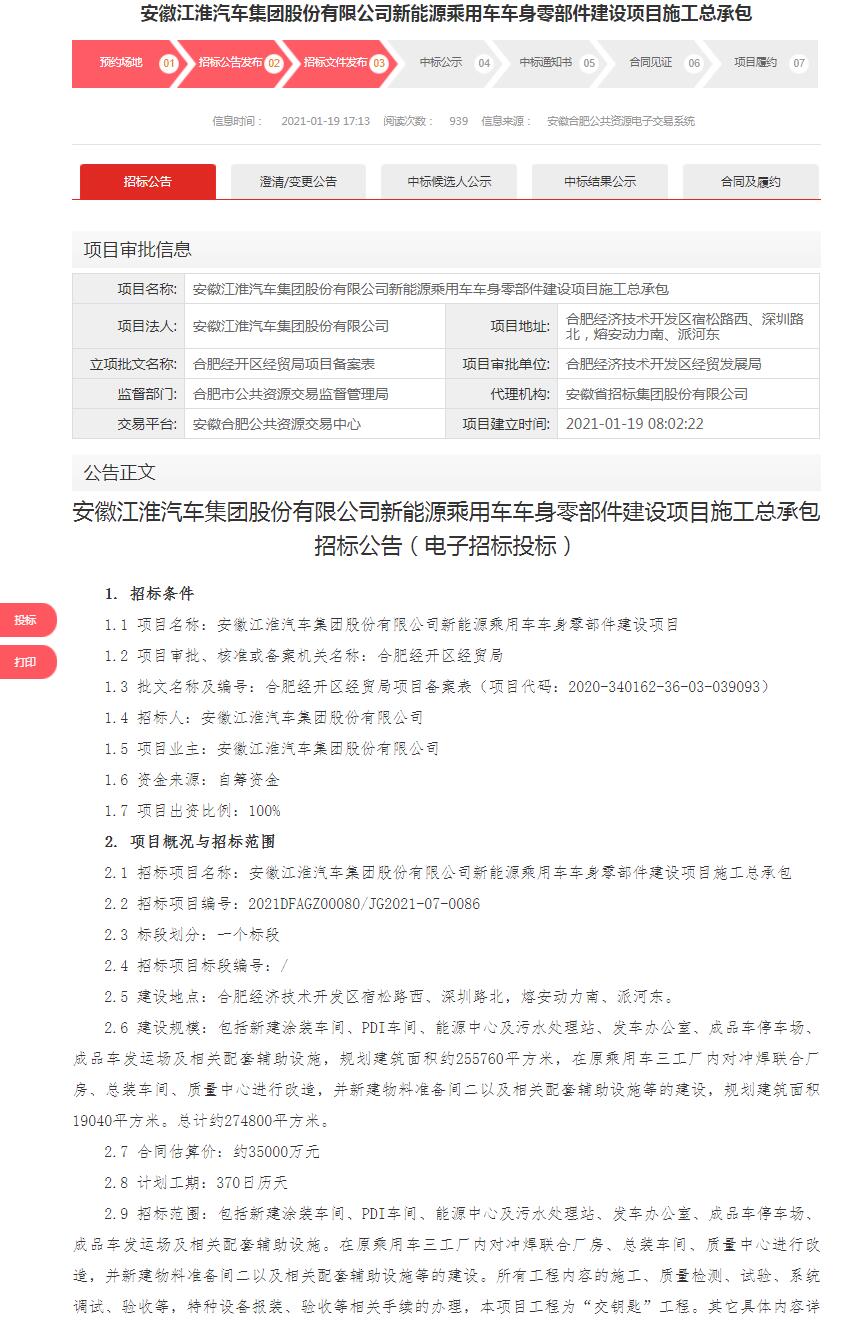 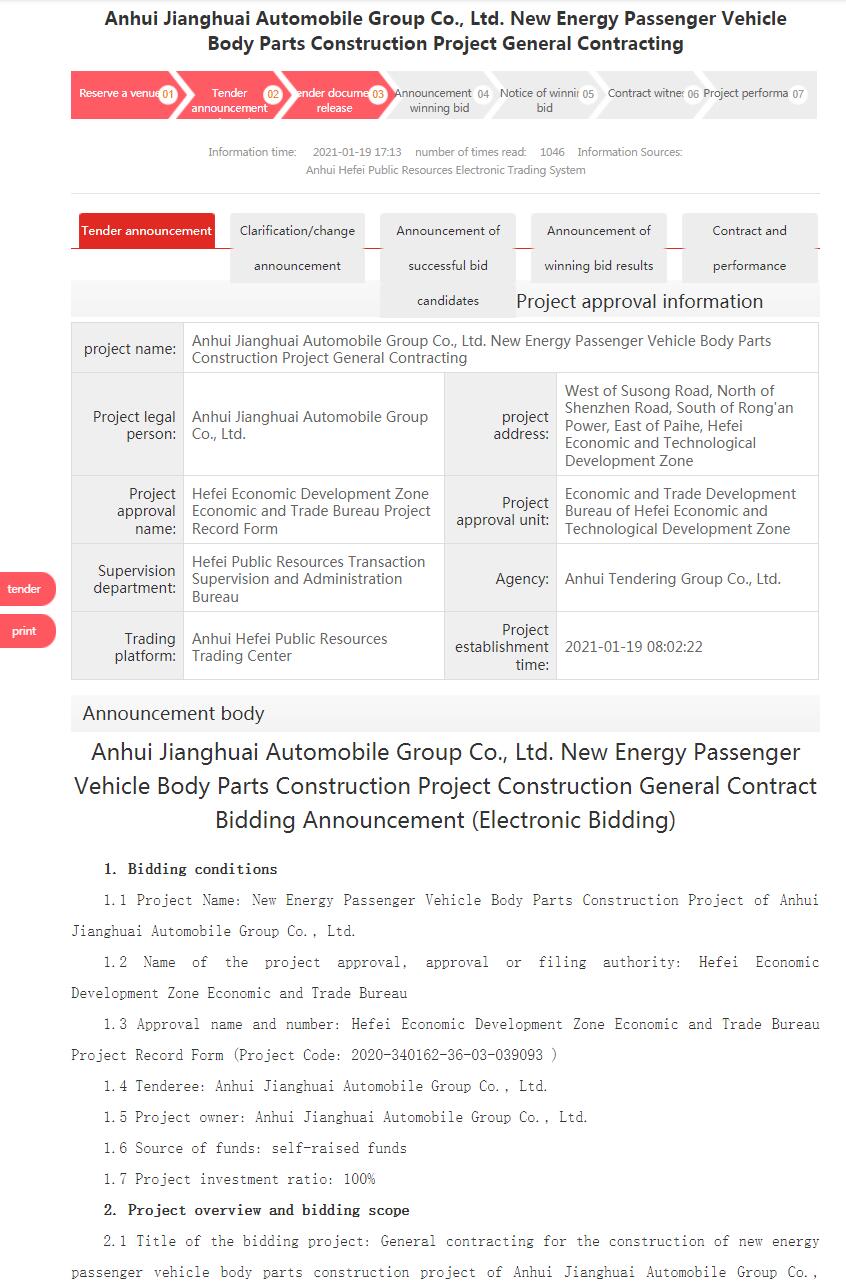