Model 3 what? NIO's upcoming sedan to take on BMW 7 Series

NIO will unveil its first sedan on the upcoming NIO Day, and while it is widely expected that the car may compete with the Tesla Model 3, most people's guesses may be wrong.

The BMW 7 Series, which is what NIO's upcoming sedan will be competing against.

NIO officially announced today that it will unveil its first sedan at NIO Day, the annual gala for NIO with its users, which will be held on January 9 in Chengdu, Sichuan province in southwest China.

On the NIO App, a user asked which class of luxury cars such as BMW, Mercedes-Benz, and Audi the sedan would target, and NIO co-founder and president Qin Lihong responded: BMW7. 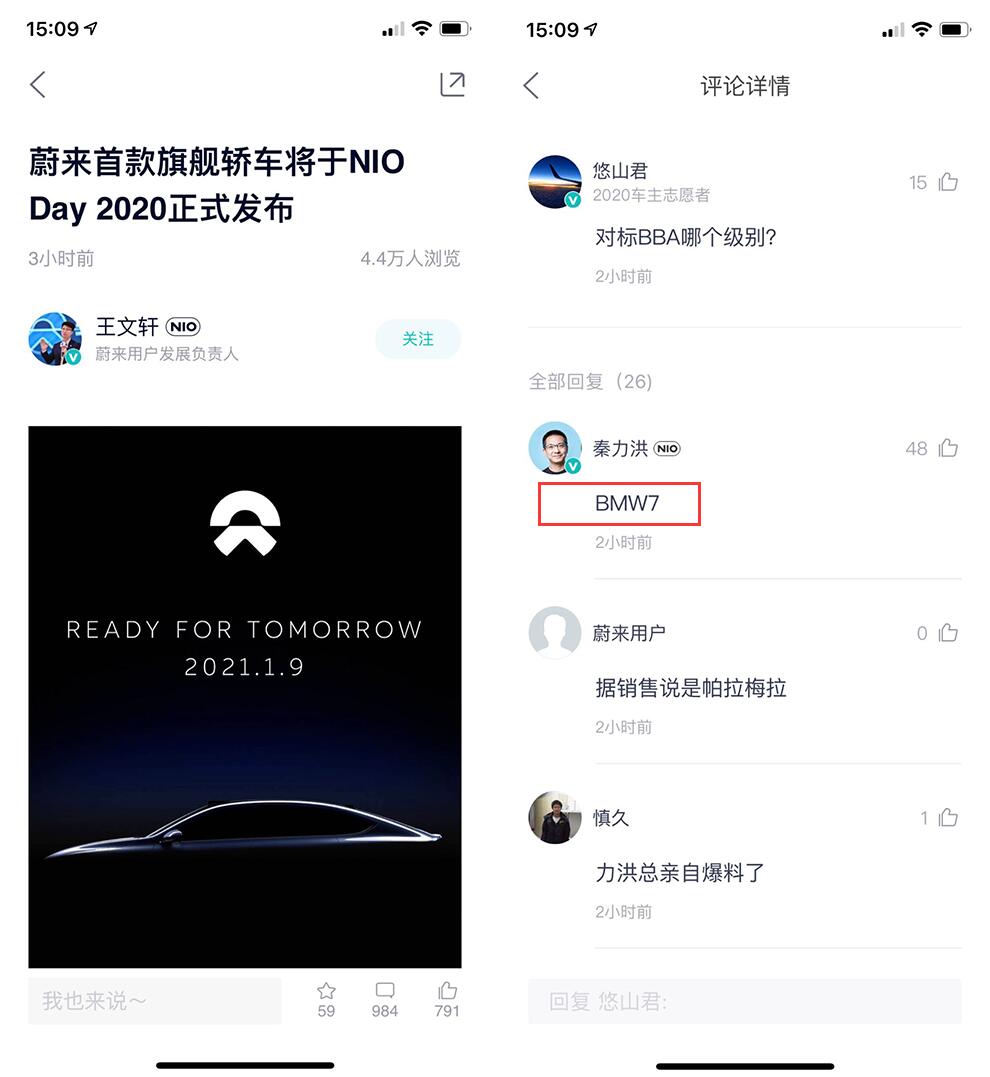 There are no more details about this sedan and even its name has not been determined yet, with most people guessing the price will be comparable to Tesla Model 3.

Notably, this one is not entirely surprising.

CITIC Securities said while commenting the Model Y's price cut in China that China's electric vehicle penetration rate is less than 6%, and the industry is in a high growth phase with huge market space.

From the previous information, the new car will continue to maintain the family design style of Azure in terms of appearance. Due to the coupe positioning, the new car has a more low-slung body and a sharper front end.

In addition, the rear of this model uses a large slider shape and does not feature frameless doors.

The sedan could also be the first to be powered by the 150kWh NCM811 nickel-cobalt-manganese battery pack.

The new 150kWh battery pack is the highest capacity pack in the world, a 50 percent increase over the 100kWh NCM811 NiCoMn pack.

The current energy density of the 100kWh battery is 180wh/kg, while the 150kWh is expected to be 258wh/kg, allowing NIO to increase the battery capacity while keeping the pack size unchanged.

In terms of range performance, the sedan with a lower wind resistance coefficient is expected to exceed 900km under NEDC standards.