Hillhouse Capital, which liquidated NIO at its lowest point, re-bought big in Q3

Hillhouse Capital liquidated its position in NIO late last year when the Chinese electric-vehicle maker’s shares hit rock bottom, but the investment company appears to be regretting that move as NIO's situation improves this year.

On Monday, November 16, Hillhouse Capital released its latest position data, showing that it re-bought a large amount of NIO stock during the third quarter. As of September 30, it owned 2,411,000 shares of NIO stock worth $51.17 million.

In addition to NIO, Hillhouse Capital also added 1.67 million shares of Li Auto worth $29 million as of September 30. It added 916,000 shares of XPeng valued at $18.39 million in the third quarter.

That means Hillhouse Capital not only regrets liquidating NIO but has instead shifted to a full-fledged bullishness on the new Chinese carmakers, thus buying up the US-listed Chinese electric car trio in the third quarter.

Hillhouse Capital was a major investor in NIO, and in 2015 it led $100 million in NIO's Series A round of funding.

Revealing the whales in NIO: Bridgewater is not alone

The company continued to follow in both the June 2016 Series C round and NIO's strategic financing in March 2017.

On February 9, 2017, NIO issued 9,814,613 Series B preferred shares to LONG WINNERINVESTMENT LIMITED and HH RSV-X Holdings Limited (a fund of Hillhouse Capital) for an aggregate amount of $27 million.

At the time of NIO's listing on the NASDAQ on September 12, 2018, Hillhouse Capital held 7.5% of the shares and was NIO's third-largest shareholder.

On December 31, 2019, Hillhouse Capital officially liquidated its position in NIO and no longer holds its shares. 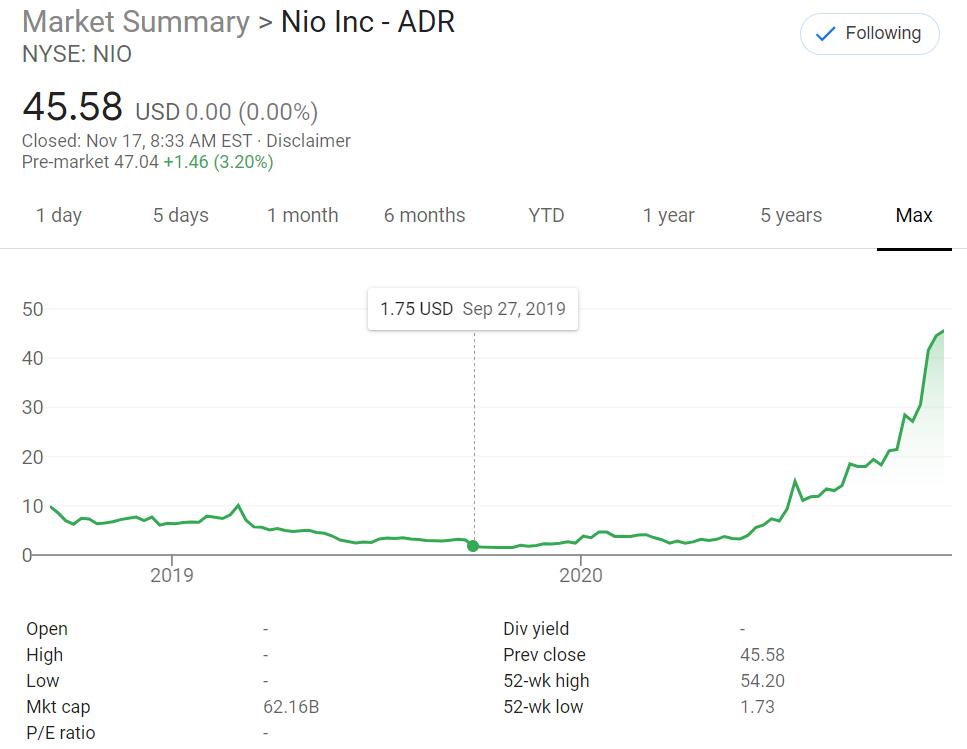