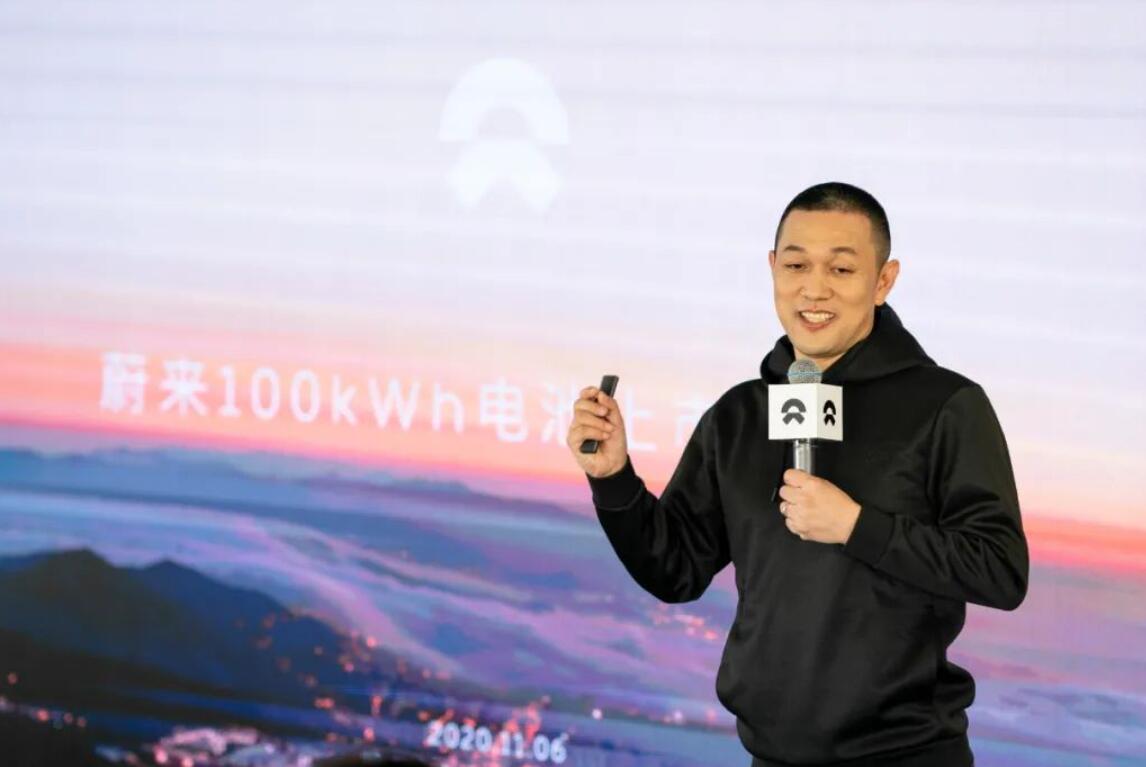 On November 6, NIO unveiled a higher capacity 100kWh battery in Beijing, allowing owners to get the longer range out of their vehicles with a flexible upgrade program.

The launch of the 100kWh battery is a small step forward for NIO, but the flexible upgrade option means that NIO is continuing to move forward on the no man's land of business model innovation after launching its battery rental service. 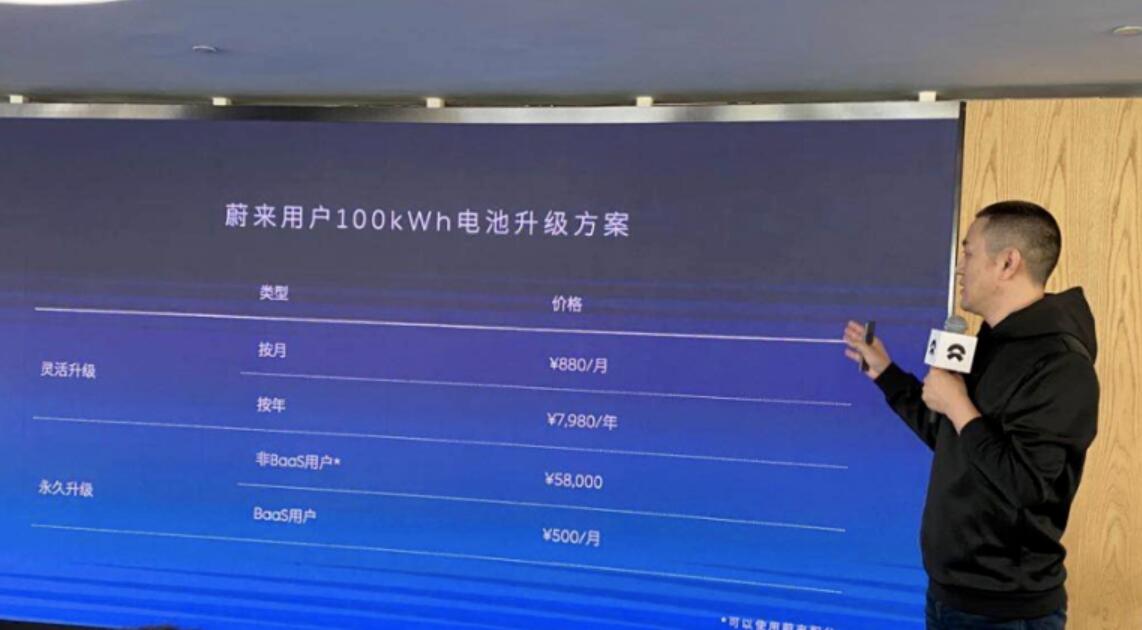 NIO's announced options for upgrading from 70kWh to 100kWh batteries include.

A permanent upgrade for non-BaaS users is priced at RMB 58,000 (NIO credits available).

Customers with an 84 kWh battery only have a permanent upgrade option for RMB 5,400. 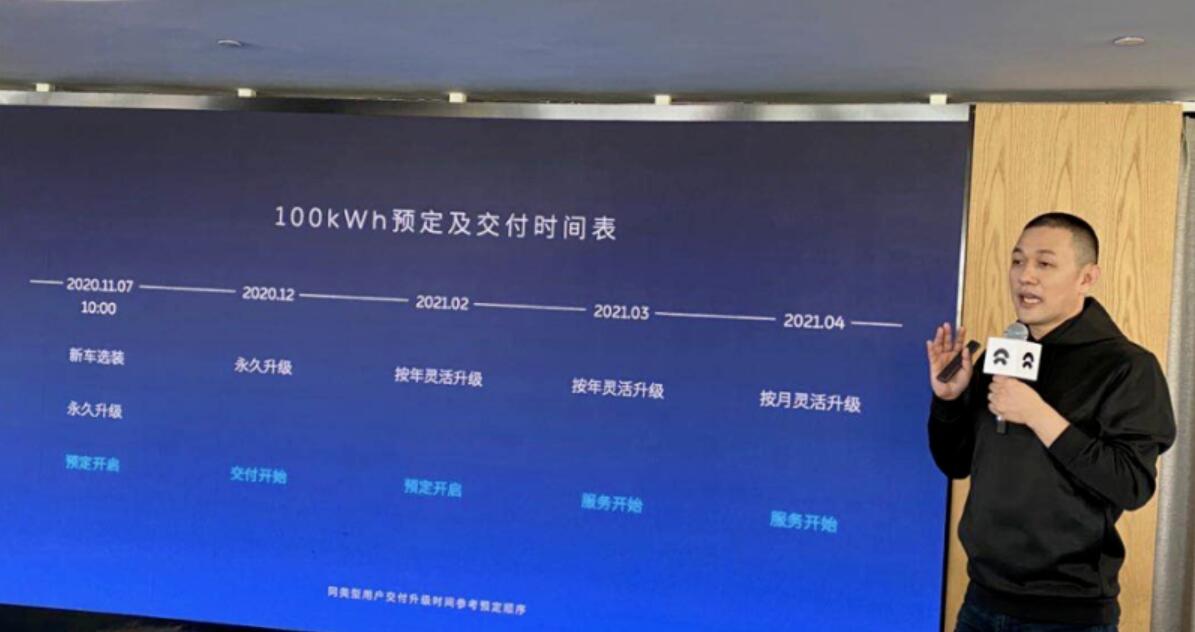 The 100kWh battery has been upgraded in four main areas.

NIO's CTP solution improves the pack's energy density by 37%, volume utilization by 19.8%, thermal management by 17.8%, and finally simplifies assembly by 40%.

The new battery pack is designed to be safe from the thermal spread, and NIO and Ningde Times made five improvements to achieve this, including adding the first thermal runaway sensor, which actively cools the water after the thermal runaway.

The end result is that the battery will not spread to neighboring battery packs in the event of thermal runaway, so there is a high probability that "all smoke and no fire" can be achieved.

NIO has optimized the temperature control of the battery for different weather conditions, which increases efficiency by 30%, 10% in summer, and 8% in winter.

On April 11, 2019, NIO chairman and CEO William Li Bin mentioned about the company's battery swap that it aims to be rechargeable, replaceable, and upgradable.

One of the upgrades was a key consideration when NIO built the battery swap system, making the battery an iterative upgradeable component.

The 100kWh battery pack has a capacity increase of nearly 43% over the 70kWh version, bringing the vehicle range from near 400km to near 600km directly.

There's still an issue, though - the cost of the battery upgrade.

Li says that if the price of an upgrade is too high, it's almost like buying a new battery. So the price threshold needs to be low.

With BaaS, NIO has also made the upgrade options more flexible.

The multiple battery upgrade options are actually a way to lower the barrier to entry for users, and besides being flexible, it's a good experiment for both NIO and users.

For the user, this battery upgrade offers several benefits.

Models have a strong upgrade option and the lifecycle of older models can be extended again.

Users with long-range needs in the short term have flexible battery rental options and an improved travel experience.

As the battery in BaaS becomes stronger and the system more complete, the impact of the battery on the residual value of used cars will be further reduced.

For NIO, the 100kWh battery upgrade also brings a lot of positive benefits.

Longer battery life for all models will boost sales.

The user experience for older owners is improved and battery upgrades for older cars are generating new revenue for NIO.

Moving forward in the no-man's land of innovation

Battery swap wasn't NIO's first venture, and bankrupt BetterPlace had ambitions of becoming a gas station for electric cars and running its own battery assets.

But BetterPlace didn't enjoy an environment that could support its profitable model at the time and eventually exited with regret.

But that didn't stop the latecomers. For EVs, the battery swap demonstrated the tremendous replenishment advantage, the ability to extend the life of the vehicle.

Then NIO came up with the idea of rechargeable, replaceable and upgradeable batteries.

But this idea affects the whole system, in order to be technically rechargeable, replaceable, and upgradeable, the battery pack must be standardized, which often means compromising on performance for a common solution.

On this premise, to achieve a high level of product competitiveness, in fact, compared to the dedicated program is more difficult.

If there is no advantage in product competitiveness compared to the competition, then the benefits of a general-purpose solution to accommodate the upgrade are not worth the cost.

The good news is that this has not been a problem so far. Tesla is the only company in the market today that uses a 100kWh battery pack in addition to NIO.

But Tesla, which abandoned the battery swap seven years ago because of operating costs and efficiency, is showing no signs of going back.

Will the standardized design of the Battery swap be a drag on the range? The answer to this question will depend on what NIO delivers next.

It will be another milestone in NIO's battery swap route if NIO can improve as dramatically as it is doing today with guaranteed interchangeability.

NIO has already given its approach - the BaaS model of separating the body from the battery.NIO brings in a third party battery asset company to take on the battery assets and just achieve the goal of not losing money in the operation.

The first BaaS deliveries will take place in November, and we will see the results in subsequent financial reports as the BaaS system grows.

From the NIO battery swap system, the addition of the 100kWh battery is a catalyst, but the decisive thing is still the participation of the reactants - a positive business closure and sales.

Before NIO, China did not have a standing independent luxury brand NIO's brand built on the unprecedented customer service system and product positioning in the Chinese automotive market, and the reality proved that there is a market here.

In the battery swap camp of BAIC, SAIC, GAC, and Geely, there are both pathfinders and newcomers like NIO, but regardless of that, NIO is the one that has gone the furthest and has the most complete commercial structure.