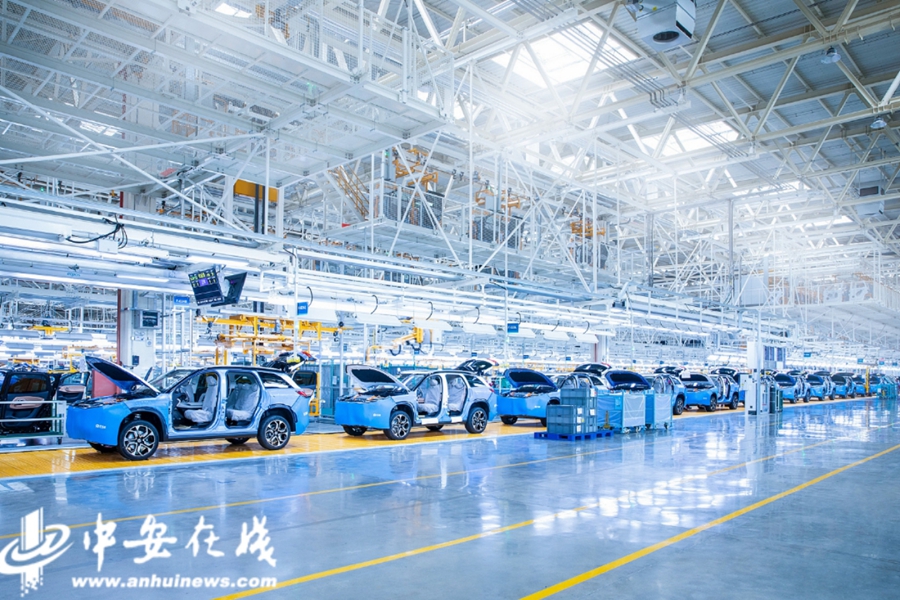 From personalizing production according to user preferences to driving technological upgrades in the industrial chain according to user needs to having large events voted on by users, Chinese electric vehicle (EV) maker NIO (NYSE: NIO) has gained a unique set of business logic by being user-oriented, Chinese state-owned media Xinhua said in an October 12 article.

According to the article, the technology behind allowing users to define the company's model is a technology that requires strong flexible production capabilities, in addition to system integration of hardware and software with data algorithms, which is another key.

The following is a translated version of the full article:

Who defines cars and who determines the market? -- Three focal points for smart electric vehicle development from NIO

It's a hot industry - smart electric cars that represent the full convergence of digital and manufacturing technologies are redefining industries and lives.

It's a company that's attracting a lot of attention - all-aluminum body, intelligent system, battery swap mode ......NIO is innovating technology and model, but also experienced a lot of questions about profitability and other issues.

What kind of path to take to develop smart electric vehicles? Who has the advantage, traditional car companies or the new car-making power? With many questions in mind, Xinhua News Agency went to NIO Factory to talk to its founder, William Li Bin.

Who defines a car, the user, or the company?

Intelligent rotation of robotic arms, automatic connection of production and assembly, and online visual inspection of all stations ...... At the JAC NIO Advanced Manufacturing Base in Hefei, the changes that technology has made to automotive manufacturing are clearly visible.

NIO uses numbers as a basis for management and lets the market guide production. The mass customization model allows each car in the factory to be owned from the start. Colors, performance, and specifications vary from vehicle to vehicle on the same assembly line, and the user can follow up on the production status via mobile phone.

Demand-defined production is a fundamental change brought about by intelligent manufacturing. The changes in the automotive industry mostly revolve around the redefinition of products by user needs.

As technology changes and lifestyles are upgraded, people seek more comfortable, safe, and intelligent travel experiences and hope to have more personalized expressions. Cars are also gradually bidding farewell to "transportation" and transforming into life scenarios and even intelligent terminals.

"If the traditional car is more chasing functionality, then we are more focused on the user's emotional experience based on technology."William Li Bin said he spends an hour or so every night interacting with users on the Internet, and NIO wants to be a "user-oriented company" that provides users with products and lifestyles.

From personalized production according to user preferences, building the "NIO House" offline experience space, to drive the industry chain technology upgrade according to user needs, large events decided by the user "vote", NIO from the user, extending a unique set of business logic.

The technology behind allowing users to define the company's model is the support of the users. In addition to the need for strong flexible production capacity, system integration of hardware, software, and data algorithms is another key.

"Smart electric vehicles require a combination of the cloud and the vehicle side, especially to connect with a large amount of hardware and software in the vehicle to achieve an overall performance upgrade."William Li Bin told reporters that this requires car companies to master the software capabilities of core components, system integration capabilities, and digital operation capabilities.NIO has invested about 15 billion yuan in research and development since its founding, and resources continue to tilt towards software."It's crucial to determine where we are at."

Technology and brand, who is deciding the market?

China's economy is facing downward pressure, the new energy vehicle market was once sluggish performance. Is the market "saturated"?

In William Li Bin's view, NIO represents the direction of the industry, which should be seen more as a structural adjustment despite short-term market fluctuations.

"In the more than 2 years since the first production vehicle rolled off the production line, NIO has produced over 50,000 vehicles with customers covering 307 cities."William Li Bin argues that this shows that the company's operations are starting to go uphill and that the high-end electric vehicle market is promising. With the improvement of technology, industry chain, and supporting environment, high-end smart electric vehicles will usher in a wider space.

"What will be the new space in the "new track" to compete?

"Technology is the foundation."In William Li Bin's view, digitalization and industry digitization drive a dramatic shortening of the innovation cycle, making smart electric vehicles all the more important to step to the beat and accelerate the key technology breakthroughs and upgrades that affect the industry's development.

NIO to hold NIO Day in Chengdu on Jan 9, its first sedan likely to be unveiled

The battery swap is one of them. Through the battery swap mode to alleviate the charging difficulty, slow charging, is the main direction of electric vehicle exploration, and the realization of the battery swap mode needs to be carried out whole vehicle platform level research and development."Brands that lack technology won't last long. But having the technology doesn't mean achieving the brand."William Li Bin said the brand represents the overall competitiveness, enterprises should adhere to the positive R & D and user-oriented, steady, and good high-end car brand.

What are the changes in industry and ecology and the manufacturing "landscape"?

In all the news about NIO, the "marriage" with Hefei has received a lot of attention. What does the strategic partnership with Hefei mean for NIO?

According to William Li Bin, in addition to financial support, resource investment, and government attention, the industrial environment, and space for development are important factors.

Currently, about 70% of NIO's supply chain partners are located within 600 kilometers from Hefei. The location of the manufacturing plant in Hefei is conducive to the integration of the industrial chain. Hefei itself has an industrial base of integrated circuits and display manufacturing, and is located in the Yangtze River Delta will also help companies better seize opportunities for regional development.

How has NIO changed its fortunes in the past year?

"Our supply chain is mostly in Jiangsu and other places, more than half of the market in the Yangtze River Delta. NIO will manufacture rooted in Hefei is integrated into the Yangtze River Delta integrated development of choice, but also based on domestic, use the international and domestic two resources, two markets practice." He believes that the layout of Hefei "rational and appropriate".

From traditional industry chain integration to an open and integrated ecosystem, the auto industry is shifting to digital cooperation and collaborative innovation.

"Having companies drive the industry chain is both in line with market rules and makes the system healthier." William Li Bin said NIO has to link up more partners in its development, deploy innovation chains around the industry chain, and keep expanding new spaces.