Behind the 10-fold spike in NIO's stock price 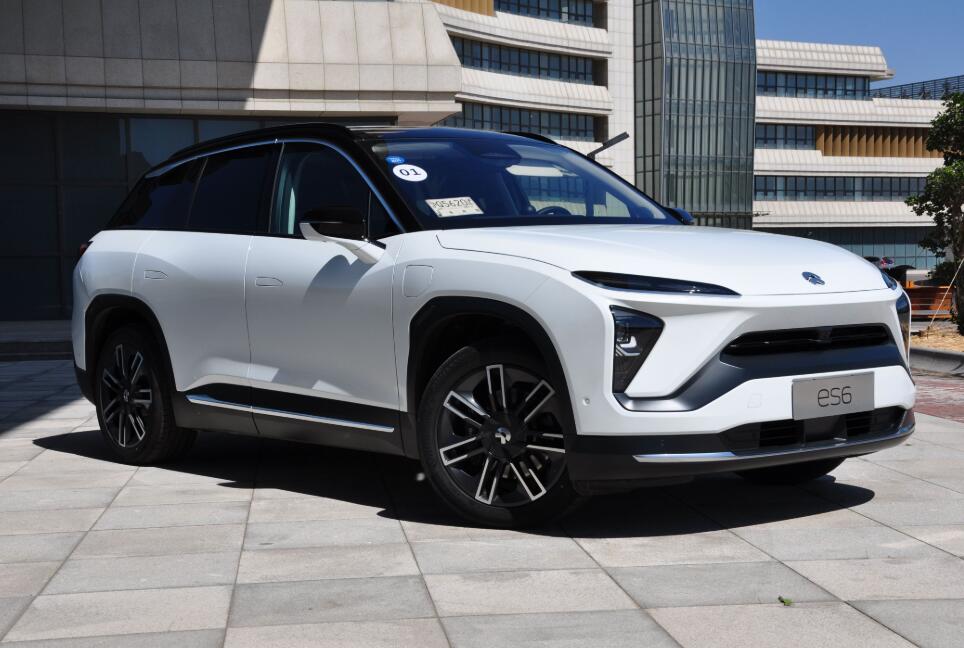 2020 came at a good time for Chinese electric vehicle (EV) maker NIO (NYSE: NIO), with a successful financing, a smooth capacity climb, and a strong stock rally with a market cap of nearly $30 billion. A year ago, NIO founder William Li Bin was called the worst man in China in 2019 in local media reports.

How tough was it for NIO in 2019? NIO posted a net loss of RMB 11.4 billion in 2019 and had several spontaneous combustion incidents.NIO also spent about RMB 500 million to recall 4,803 faulty ES8s, hitting the company's brand hard.

At that time, negative news such as the bankruptcy and liquidation was rife, and many factors caused the stock price to fall to its lowest point since its IPO.

Why did NIO burn so much money? How did this year come to life again?

When it started, Li had a clear vision, choosing the same route of entering the market with a high-end supercar, then building a mid- to high-end luxury car, and then expanding into the mass market.

This model earned NIO the title of China's Tesla, but it also set the stage for a series of negative reviews to follow.

Where did the money go?

The cost of building the car, operating expenses, and R&D are NIO's main expenses.

Like Tesla, NIO's focus is on high-end cars, but NIO's materials and battery costs are higher.

The NIO is made of aluminum and carbon fiber, which simply means less weight, lower fuel consumption and emissions, and improved safety, but the downside is that the materials are too expensive.

According to Frost & Sullivan, the cost of carbon fiber is around 16 Euros per kilogram, while ordinary steel costs less than 1 Euro per kilogram.

In terms of operating costs, NIO wants to build NIO ecology through user operations, combined with offline experience stores and online apps to gather a large number of core users, which leads to a continuous increase in sales and management costs.A total of RMB 8.831 billion was spent from 2016 to 2018.

NIO selling cars itself is a loss, plus marketing spend like water, and in a short time the research and development costs can not be reduced.

These difficulties had almost overwhelmed NIO, and what to do in the face of insufficient funds and excessive expenses?

NIO has made several layoffs in 2019, with the number of employees dropping from 9,834 to 7,442, a total of about a quarter of the workforce.

The choice of NIO Space as the point of sale was NIO's second measure.

NIO does not publish the cumulative rent and daily operating expenses of NIO Houses across the country, but NIO Houses are located at various landmarks, for example, the annual rent of NIO House in Beijing is RMB 80 million.

Splitting the charging business NIO Power is the third measure taken by NIO.

The charging industry is a field with heavy assets, high investment and long payback period. So far, many charging operators, including State Grid, are losing money, and it could take a long time for NIO to become profitable.

Spinning off NIO Power means that losses won't be recorded in NIO's financial statements either, and it can also go out on its own to find financing.

Beyond cost-cutting, the years-long capacity ramp-up is finally seeing the light of day, which will also help NIO in 2020.

On the sales side, deliveries in the second quarter of this year totaled 10,331 units, taking the lead in achieving over 10,000 units sold in a single quarter. This compares to just 3,838 deliveries in the previous quarter, a roughly threefold increase in deliveries.

CICC sees room for NIO, Li Auto, and Xpeng shares to rise as their market caps far away from Tesla

On August 11, NIO released its Q2 2020 results with a consolidated gross margin of 8.4%, turning gross profit positive for the first time. Previously, analysts surveyed by Bloomberg expected just 2.98%. This means that NIO is finally starting to make money.

In addition, NIO is continuing to get financing.

As of the first quarter of this year, NIO has raised a total of 12 times, the amount of financing has exceeded 44.3 billion yuan.

In the first quarter of this year, NIO raised $235 million in reprintable financing, received 10.4 billion RMB in credit from six banks including Bank of China, and received 7 billion RMB in strategic financing from the Hefei City Government.

Not only that, but NIO has caught up with the frenzy of investors investing in electric car makers.

As a leader in new energy, Tesla's performance has restored the confidence of investors and consumers in the industry.

The Hefei government's strategic financing can be said to be the straw that saved NIO's life.

Why did the Hefei government save NIO?

On April 29th of this year, NIO raised $7 billion from the Hefei government and signed a betting agreement. NIO China is required to file an IPO application in 4 years and go public in 5 years.

Regarding "NIO China", NIO co-founder Qin Lihong explained that NIO will package its entire business in China into the NIO China entity, which is a subsidiary of the NIO-listed company. It has nothing to do with the listed company's governance or place of incorporation, nor does it involve the relocation of the company or its personnel.

Not only that, but Hefei is asking for five scenarios in which investors have the right to ask NIO to buy back NIO China's shares.

Both sides also have their own plans for the deal. Hefei is interested in NIO's growth, while NIO lacks capital.

Among the Chinese EV startups, NIO has chosen JAC as its OEM since its inception. In addition, NIO's self-developed 240kW motor, battery swap technology and NIO Pilot are also good competitive differentiators.

The introduction of NIO can help build the local new energy vehicle industry chain and bet on a potential leader.

The cooperation between NIO and Hefei is a mutual achievement, NIO gets the funds to continue to develop, Hefei also relies on NIO to improve the local industry chain. So is NIO's situation stable now?

NIO revenue gets bigger as capacity climbs and costs are controlled effectively. According to NIO's Q2 earnings report this year, NIO's revenue was RMB 3,718.9 million, about 1.5 times the same period last year and 1.7 times the last quarter!

According to the financial report, NIO delivered 10,331 cars in Q2 this year, with car sales of RMB 3.486 billion, which is about 2.5 times the number of deliveries and sales in the same period last year.

NIO's other sales revenue for Q2 this year was RMB 232.8 million, 2.5 times the same period last year, which NIO said was due to higher subscriptions to service packs and energy packs, as well as home charger installation and accessory sales revenue.

It's worth noting that if you were to pick just one core metric to examine the new car-making powerhouse, it would be: how many cars can be sold in the future?

The current development of Chinese new energy vehicle startups is equivalent to Tesla's stage in 2014-2015, NIO still has a lot of pressure to build and sell cars. nio 2020 hopes to deliver 40,000 vehicles, while Tesla's target is 500,000.

At the same time, the threshold of technology and engineering and manufacturing is still not to be underestimated.

Electric cars are claimed to be a disruption to traditional cars, but the first step is still a car-making business, an industry with very low tolerance for error, and they still need to improve on technology, processes, and supply chain to reduce the potential for massive recalls, technical errors, and other crises.

With Tesla and fuel cars on both sides of the fence, it's becoming increasingly costly for NIO to make another mistake. In the future, it will have to not only continue to run steady, but also strive to run fast, which is a common challenge for all new car makers.