NIO's shareholding in NIO China will rise to 86.5% from 84.5% upon completion of the subscription and redemption of shares.

NIO was up more than 3% pre-market. 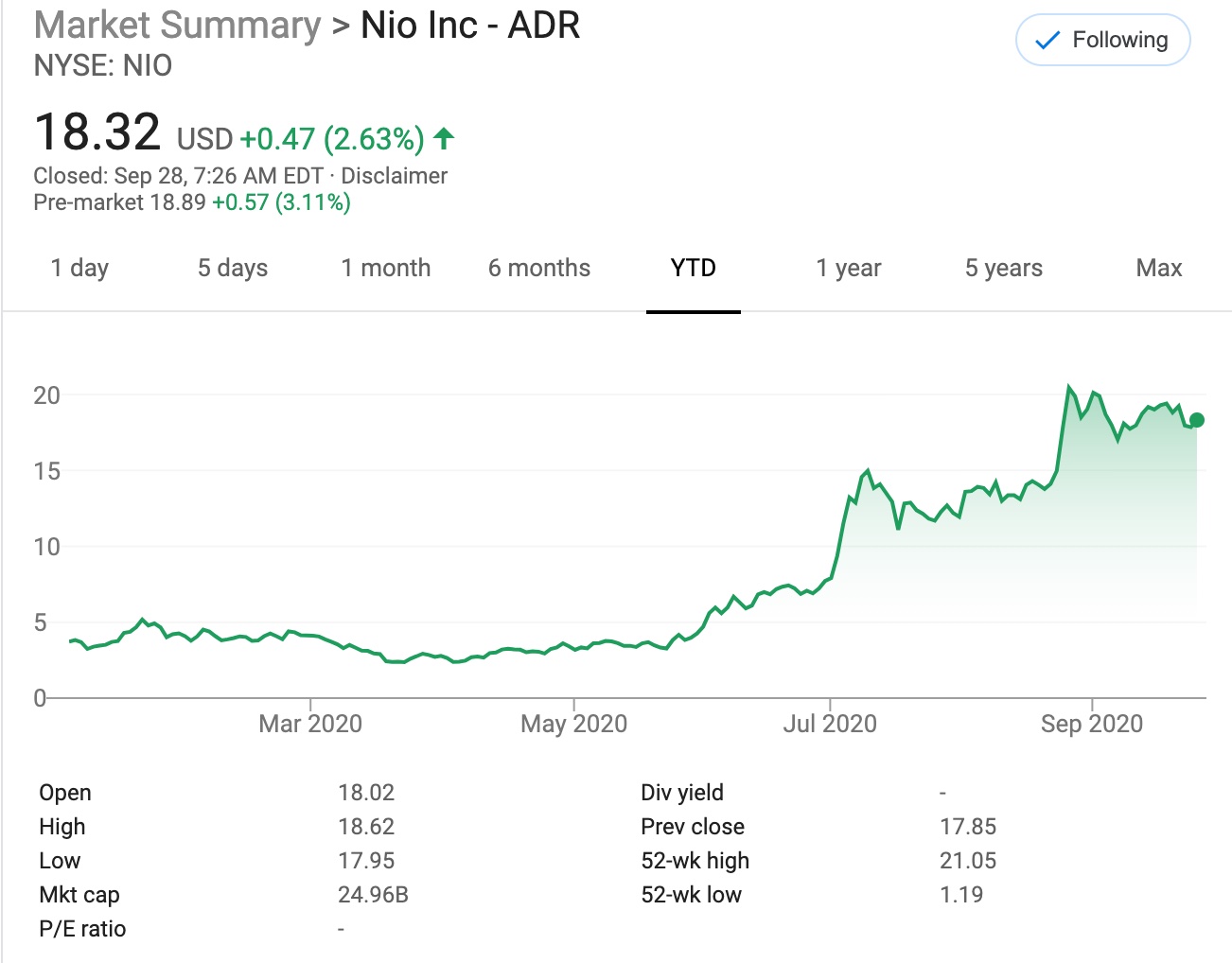 Previously, NIO held 75.8851 percent of NIO China and other strategic investors held  24.1149 percent of the entity, including 17.2249 percent by Jiancheng New Energy Fund.

NIO to redeem 8.6% stake in NIO China from investors, shares up 3% pre-market

After the buyback, NIO's holdings reached a total of 84.5% controlling stake in NIO China.

Under the agreement signed at the time, NIO had the right to buy back the 50 percent stake held by Jianheng New Energy Fund prior to the listing of NIO China.

The move triggered speculation that NIO China may soon go public in China.

However, NIO told the Beijing News that the establishment of NIO China is to open the channel for NIO's RMB financing, "The listing is a kind of RMB financing, and there is no such plan in the near future.”