NIO shares went down by 3.85 percent on Friday and another 3 percent in pre-market trading on Tuesday after the US long weekend as the broader market is still plunging following last week's tech rout. 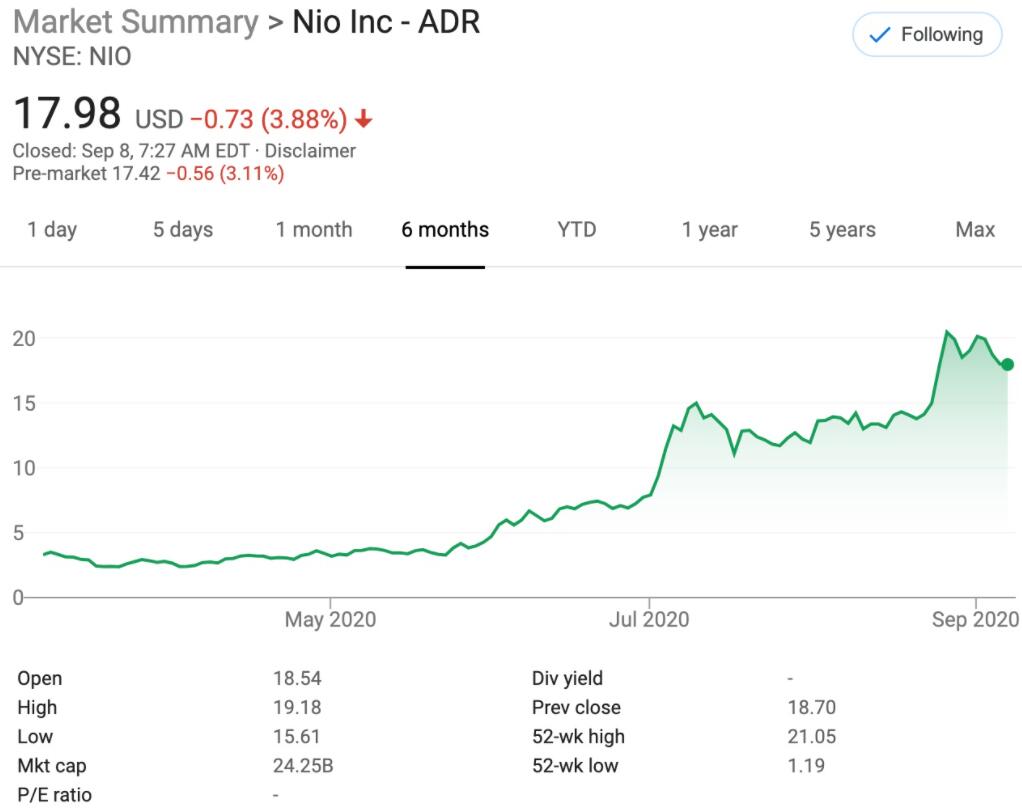 This is the latest bull rating from a Wall Street firm.

Earlier this month, Credit Suisse analyst Bin Wang has raised the price target of NIO by 42.86 percent from $17.50 to $25, a new Wall Street high, with an “outperform” rating.

The bank's analyst Paul Gong pointed out that NIO's fundamentals have improved with its second-quarter earnings report and third-quarter guidance showing a recovery in auto sales and profitability.

Gong said NIO's successful fundraising in June, amid strong demand for electric vehicles in the global market and a recovery in China, eased his earlier concerns about the company's balance sheet.

At the end of August, Chinese investment bank CICC believes that this will improve the company's gross margin, thus injecting new momentum into its car sales and performance improvement.

In a report published on August 21 after the launch of the BaaS, CICC maintains NIO's Outperform rating. It maintained NIO's 2020 earnings forecast unchanged and raised its 2021 earnings forecast by 6.8% to -RMB 4.4 billion as the positive impact of the BaaS solution on NIO's gross margin will be gradually reflected in the long term.