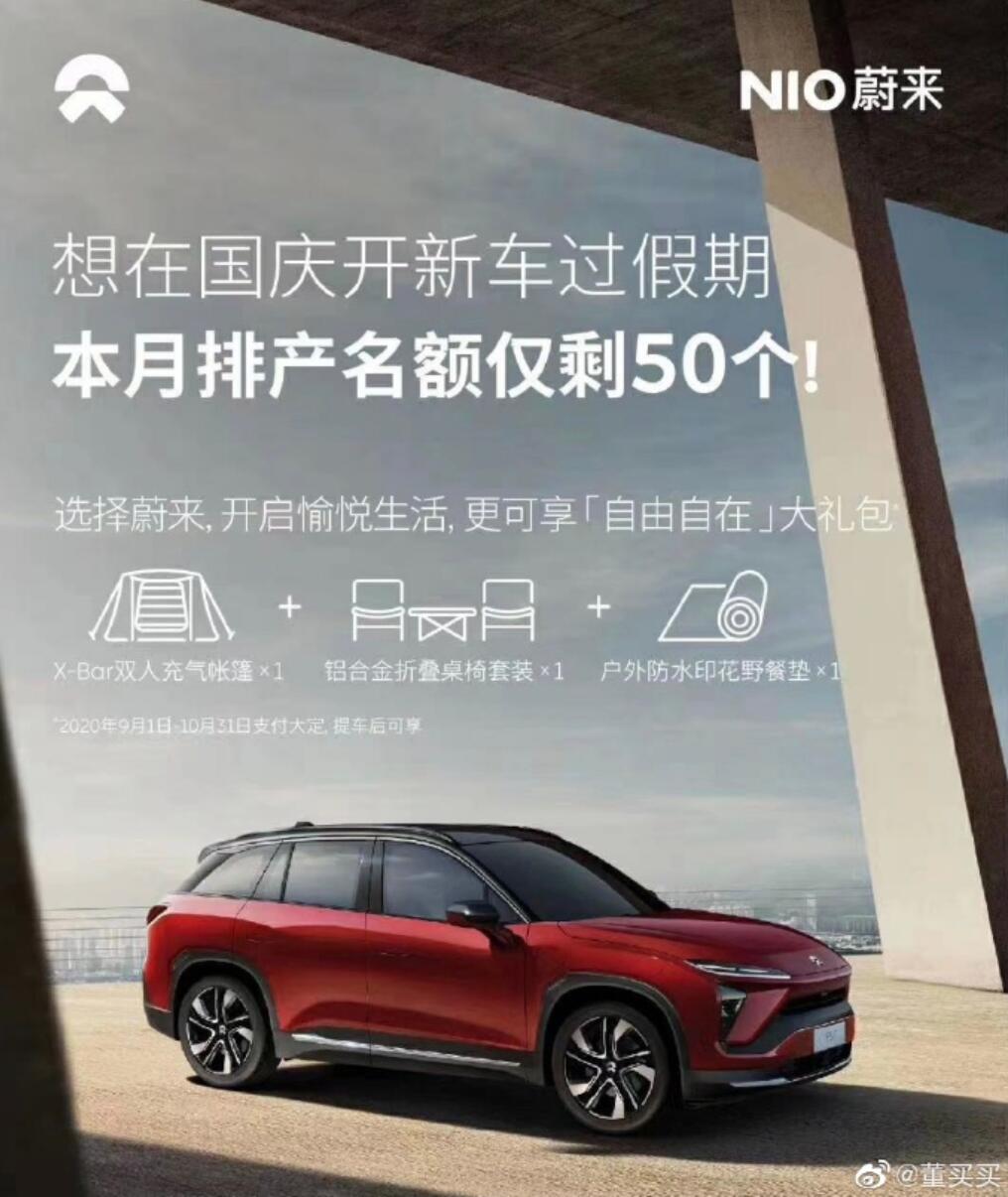 A recent NIO ad circulating on Weibo was intended to encourage potential buyers to place orders as soon as possible, but was met with doubts from users about "hunger marketing".

According to the poster posted by Weibo user @董买买, NIO says that if customers want to get hands-on a new car by China's National Day, they need to buy it as soon as possible, as there are only 50 spots left for production this month.

Here is the Weibo post under auto-translation which is not quite accurate:

The poster is meant to give users the impression that the NIO is so popular that demand is outstripping supply, as the month of September has only just begun and NIO has already accumulated a large number of orders.

But as @董买买 said, NIO has very limited production capacity, with less than 4,000 units delivered a month, and "making paying customers wait for 2 months is nothing to be proud of."

In the comments section of the Weibo post, some users also said that instead of doing this kind of advertising, NIO should increase its own production capacity as soon as possible.

But it's worth noting that while NIO deliveries are growing fast, they're still not at their factory's maximum capacity.

"In August, we achieved our best-ever monthly performance on both deliveries and order growth," said William Bin Li, founder, chairman, and chief executive officer of NIO.

"As we continue to improve the production capacity for all NIO products, our monthly capacity will reach 5,000 units in September to support our future deliveries," Li said.

For NIO, a certain "bottleneck" may have been felt at the moment. With the introduction of new models in the future, its sales are expected to increase further, but capacity should also be further expanded.