NIO's fourth new car, the NIO EE7 instead of the previously rumored NIO ET7, could be mass-produced in the fourth quarter of next year at the JAC NIO plant in central China's Anhui Province.

Junlian Zhixing, a subsidiary of Ningbo Joyson Electronic, was recently awarded a contract for the NIO 5G-V2X platform project, worth approximately $660 million, with products including V2X 5G-TBOX and 5G-VBOX.

These products will be available starting December 2021 and will be deployed on the NIO EE7, but also on the ES6, ES8, and EC6 models.

This is indicative of NIO's next product plan: the NIO EE7 may be NIO's fourth model.

Information from the Trademark Office of the State Intellectual Property Office of China indicates that NIO has applied for registration of the EE7 trademark on February 21, 2019 and has already obtained trademark rights.

This is different from the widely reported fourth model of NIO which was thought as a sedan named ET7. 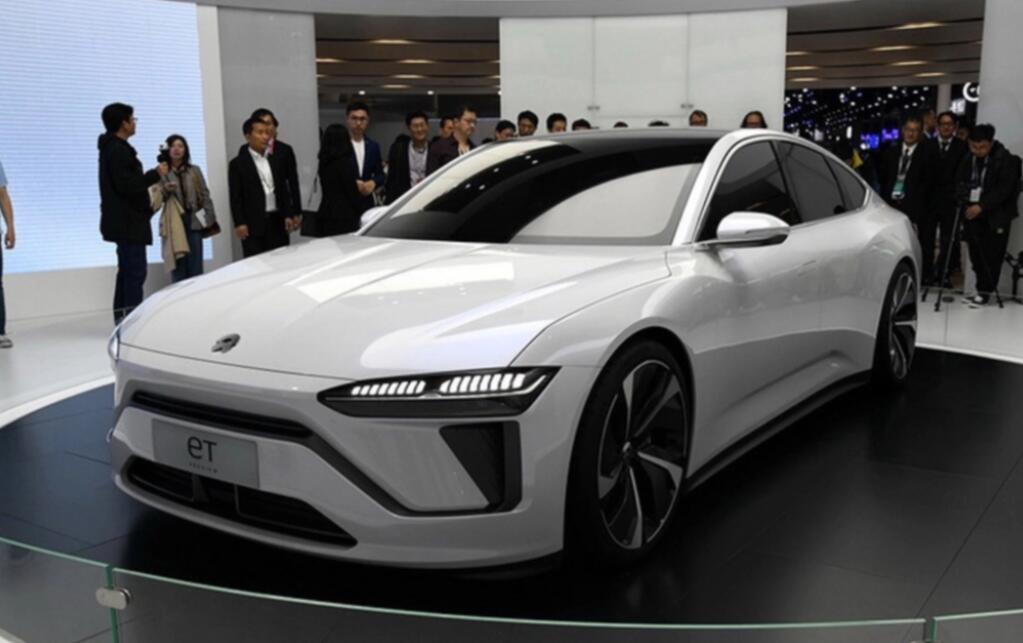 On plans for the new product, NIO said it should be subject to official information, cls.cn reported. However, the report cited a source as saying, "It will be a smart car with 5G connected car technology applied."

In April of this year, NIO received up to 10 billion yuan in funding from the Hefei government.

According to this plan, NIO, which currently has only three models, will have to launch a new car every year for the next four years, or it will not be able to complete the agreement.

Based on the above information and Ningbo Joyson Electronic's statement that "deliveries will begin in December 2021," the NIO EE7 is likely to begin mass production in the fourth quarter of 2021, and will most likely continue to be produced at the JAC NIO factory.

At the Chengdu Auto Show in July this year, NIO CEO William Li Bin said that the NIO JAC plant is in the process of ramping up its production capacity by 25 percent to 5,000 units per month by September at the latest.

William Li Bin said at the time, "Barring any surprises, NIO's fourth car will also be produced at the NIO JAC plant."

The JAC NIO plant has a planned capacity of 100,000 units per year and models currently in production include the ES8, ES6 and EC6.

Its third model, the EC6, is scheduled to start deliveries this month. With this calculation, the current capacity of the JAC NIO plant is almost sufficient to meet NIO's demand.

On August 11, NIO announced its second quarterly report for this year. During the conference call, William Li Bin said that the company has a very complete and detailed product development plan for the next few years, and that a second factory will definitely be needed at some point, "and that's already in the plan."

In addition to revealing NIO's product plans, the above-mentioned message from Ningbo Joyson Electronic further confirms that NIO will be strengthening its presence in the automated driving field.

Part of the funds will be used for the research and development of automated driving technology.

It is worth mentioning that the partner chosen by NIO, Ningbo Joyson Electronic, is also one of Tesla's suppliers.

In February this year, Ningbo Joyson Electronic announced that Shanghai Linggang Junsheng was officially confirmed as a supplier for Tesla's Model 3 and Model Y models.

However, cls.cn quoted a source from Ningbo Joyson Electronic as saying that the 5G-V2X mass production project is not a collaboration with NIO, but with other manufacturers, and that the mass production period will be between the first and second quarters of next year.

In other words, the project will precede the delivery of NIO's 5G-V2X platform project.

The progress of the cooperation with Ningbo Joyson Electronic as a supplier can be seen in the fact that many car companies, including NIO, want to be the first to deploy 5G autopilot.