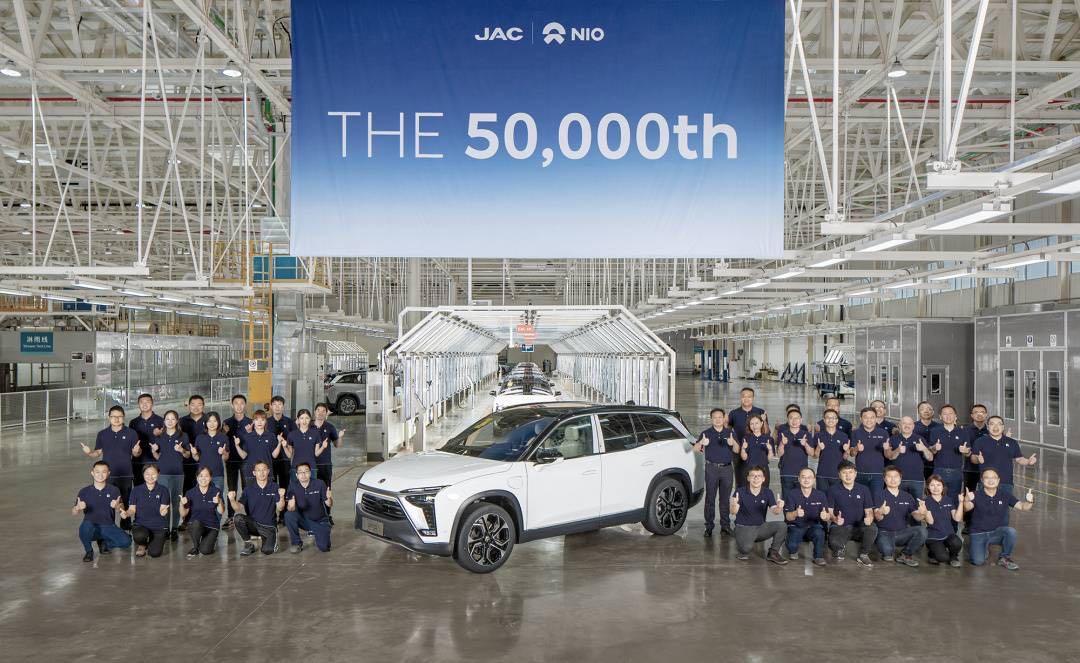 Nio and local car maker JAC signed a strategic cooperation framework agreement on April 6, 2016, and the advanced manufacturing base located in the Hefei Economic Development Zone started construction by the two on October 23 of the same year.

From the first Nio ES8 rolled off the production line in May 2018 to today's milestone, it took the plant two years and two months.

Currently, Nio is selling two models, the ES8 and ES6, with the ES6 being the main sales driver.

The price of the Nio EC6 is expected to be announced during the 2020 Chengdu Auto Show and will then be officially delivered in September this year.