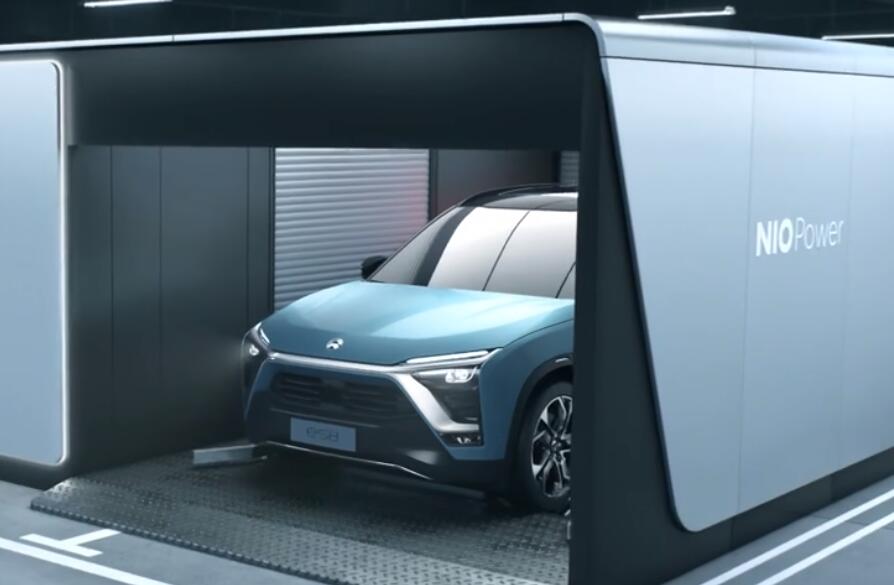 "The company is much happier today than it was when it first started, people don't even know who you are when you talk to them about working together. There will be plenty of difficulties next, but development will be more assured," Nio's President Qin Lihong told several Chinese media outlets after the finalizing of Nio's financing.

Today, under the leadership of Hefei City, Nio China secured a strategic investment of 7 billion yuan. At the same time, Nio's China headquarters will be located in Hefei Economic and Technological Development Zone.

Qin Lihong said that after this investment, Nio China will gradually have many employees based in Hefei, and Nio will also work with local enterprises such as JHMC to drive the development of the Hefei smart electric vehicle industry.

In February this year, Nio signed a cooperation framework agreement with the city of Hefei. Under the agreement, the Nio China headquarters project will be located in Hefei, while the Hefei City Council will lead the organization's strategic investment in Nio, which is expected to total over 10 billion yuan.

The deal is expected to close in the second quarter of 2020, with the strategic investor and Nio injecting cash into Nio China in five tranches.

Qin Lihong said that after this investment, Nio China is still within the system of listed companies and the overall organizational structure of Nio has not changed. But there will be a significant number of employees who will gradually be based in Hefei. "But that doesn't mean all Nio employees are going to Hefei."

Qin Lihong believes that strategic investment is equivalent to buying Nio's future. Despite the many challenges and doubts over the past two years, Nio is still a promising company.

He cited as an example that Nio has been rumored to have cash flow problems since the second quarter of last year, but sales have been climbing, with cash coming back every month, as well as other sources of financing.

After Nio's China headquarters is located in Hefei, Nio will also work with local companies such as JAC, to drive the development of Hefei's smart electric vehicle industry.

No change in annual guidance and plans

The Covid-19 epidemic earlier this year has dealt a huge blow to the entire auto industry.

However, Qin Lihong pointed out that Nio is also relatively less affected by the relatively mature online marketing system and less dependent on offline networks.

He gave data that industry sales fell 78% overall in February this year, other players also mostly in the 70-80%, while Nio decline was 12.8%; Nio sales in March achieved year-on-year growth, while the industry as a whole fell nearly 40%. "Lateral ratio, we ran away with the big power."

In addition, 69% of new cars sold by Nio in the first quarter of this year came from user referrals, and the user-enterprise model has performed very well.

Regarding the impact of the epidemic on the full-year results, Qin Lihong said that although the first quarter results were somewhat affected, the impact is manageable and will not revise the annual expectations and plans.

For example, the Nio EC6, the coupe SUV, the third production model to be released in December 2019, was previously expected to announce its price and configuration in July 2020, with delivery starting in September. This plan will move forward as scheduled.

Qin Lihong also revealed in a recent live broadcast that Nio will officially launch the "Next Generation Sedan" at NIO Day at the end of this year, and deliveries are expected to begin in the middle of next year.

Qin Lihong believes that the subsidies understandably retreat, during the epidemic period the state announced that the subsidies will continue for another two years, although there is a certain retreat, but it is already good for the industry. The $300,000 subsidy threshold was also established to leave limited financial resources to those in need.

Notably, in August 2019, Nio announced that all first-time owners of existing and new Nio ES8 and ES6 purchases will receive free lifetime battery replacements effective immediately, on top of a free lifetime warranty.

Qin Lihong said that the New Deal's affirmation of the battery replacement model was a surprise and proved that Nio had chosen the right path.