Cars supporting Huawei Hicar may be released this year

The car models supporting Huawei Hicar have been basically determined, and are currently in the final commissioning stage, which is expected to be launched on the market this year, Tencent News quoted people familiar with the matter as saying.

In this regard, Huawei Consumer Business CEO Richard Yu said at a press conference that Huawei's innovation is mainly due to the high annual research and development investment.  "Huawei's R & D investment in 2019 is as high as 131.7 billion yuan, accounting for more than 15% of total revenue."

In addition to the above products, another highlight of this press conference is also a new scenario that Huawei strives to open this year.  At the press conference, Huawei showed the real-machine operation screen of the HiCar mobility solution HiCar for the first time. 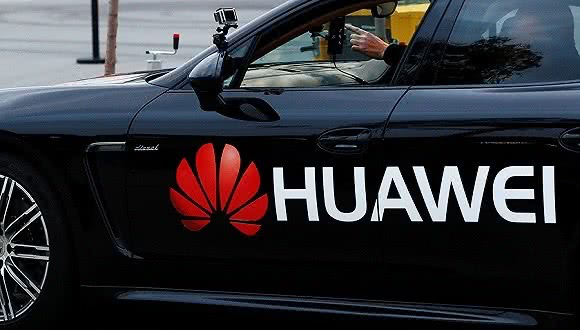 Previously, Hicar has frequently appeared in Huawei's video Demo and executive introduction, but the product has not yet landed.  This time the public display of HiCar's actual machine operation screens shows that Hicar has the ability to land to some extent.  In response, Huawei declined to comment.

The above-mentioned insider disclosed to Tencent News that the models supporting Huawei Hicar have been basically determined, and can also be considered as landing. The specific launch time depends on the arrangement of the car company.

Compared with traditional mapping solutions such as Android Auto and CarPlay, HiCar can achieve deeper integration with vehicles.

In the screen, the HiCar system can call the camera in the car to link with the mobile phone to perform video calls and other operations.  At present, HiCar has implemented support for more commonly used apps in automotive vehicle systems.

The operator also showed some more advanced functions, such as fatigue driving safety tips.  Huawei said that HiCar can use the 5G network capabilities of mobile devices to enhance the data interaction capabilities of the vehicle-machine system.

According to the introduction of the previous white paper, HiCar can access Huawei's capabilities in AI, voice, computer vision, etc.  At the same time, it can call body data including vehicle speed, steering wheel angle, gear mode, automobile ambient light sensor, and body control components such as air conditioners, windows, and speakers.

Judging from the actual operation of the press conference, it is basically possible to lock the Volvo model, and Huawei insiders also confirmed to Tencent News.  Earlier this year, Yu Chengdong appeared at Volvo's new tasting meeting.

In fact, it is not a Volvo car company that currently supports Huawei Hicar.

Since December last year, various manufacturers have begun to integrate and adapt Hicar.  There are two main forms: one is to adapt HiCar at the software level through a series of standard development processes.  The other is to start Hicar by plugging in USB, which is suitable for old models.

"Last year, Huawei reached a strategic cooperation agreement with most car companies and component manufacturers. Then this year, it can be said that these cooperations have landed.  Related information will be published simultaneously. "The above-mentioned insider said.

For users, in order to experience Hicar's functions, in addition to the car's own support for Hicar, the mobile phone side must also support it.  At present, only Huawei Mate 30 series and P40 series support this feature. It is not yet known whether Hicar will be opened to other mobile phones in the future.

At the site of the Harmony OS conference, Huawei stated that the in-vehicle operating system built with Hongmeng as the core will be officially launched on the car in 2020.

Obviously, before the Harmony OS got on board, Huawei was opening up the car market with HiCar, which maps the car's HiCar.  However, the spread of the new crown epidemic will bring certain variables to this year's "Huawei car".