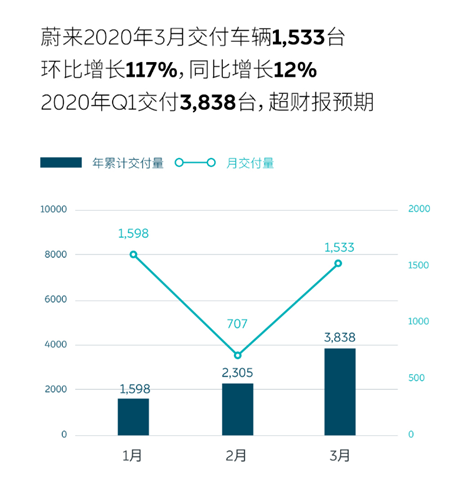 Li Bin, founder of Nio, said that since February the company's cumulative orders have been increasing.

Nio responded by saying that from mid-February to mid-March, Nio's new order levels have returned to 70% of last December.  New energy vehicle subsidies and purchase tax exemption policies were extended for two years to 2022, which strengthened market confidence.

As of the end of March, Nio had opened 87 stores nationwide, including 22 Nio centers and 65 Nio spaces, and its sales network had covered 60 cities nationwide.