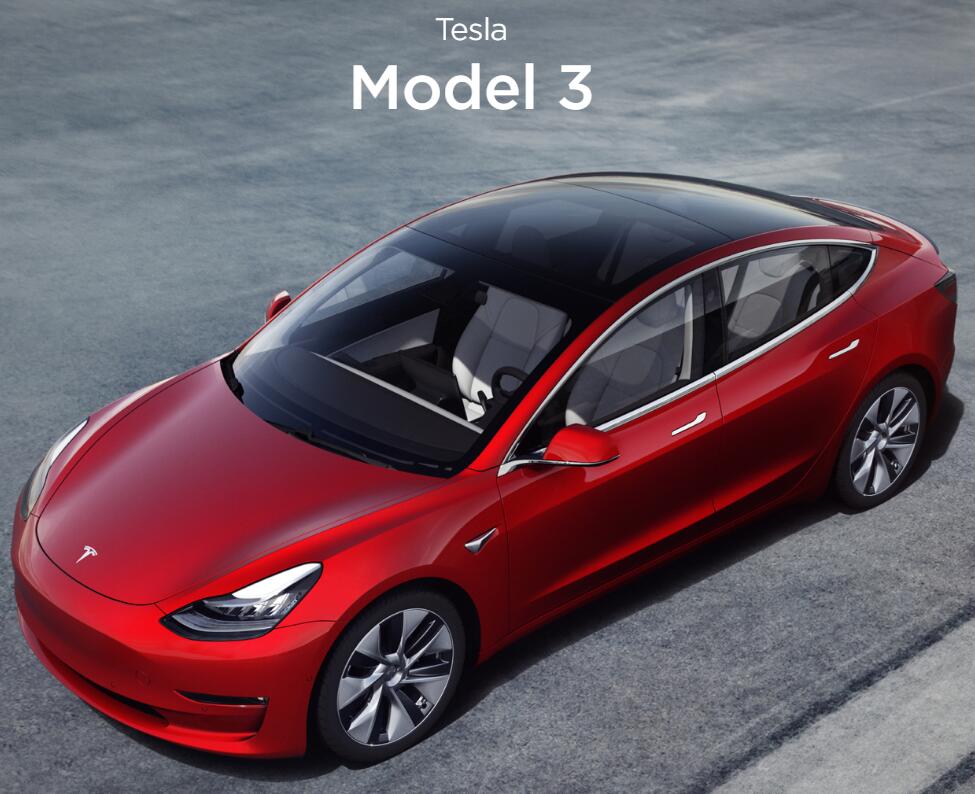 When a group of car owners obtained the China-made Model 3s, rumors that the cars' installed hardware did not match the information reported by Tesla were reported on the Internet.

After initial control of the new coronavirus epidemic, Tesla's Shanghai plant has resumed work for more than 20 days. However, recently, suspected owners posted on the Internet that the vehicle hardware model and description do not match, according to Guancha.cn.

These posts stated that when they inspected the vehicle, they found that the vehicle controller model of the China-made Model 3 they purchased was Hardware 2.5 (1483112), which is not consistent with the actual installation of Hardware 3.0 (1462554) as described in the information on the "Environmental Information for Electric Vehicles" list. 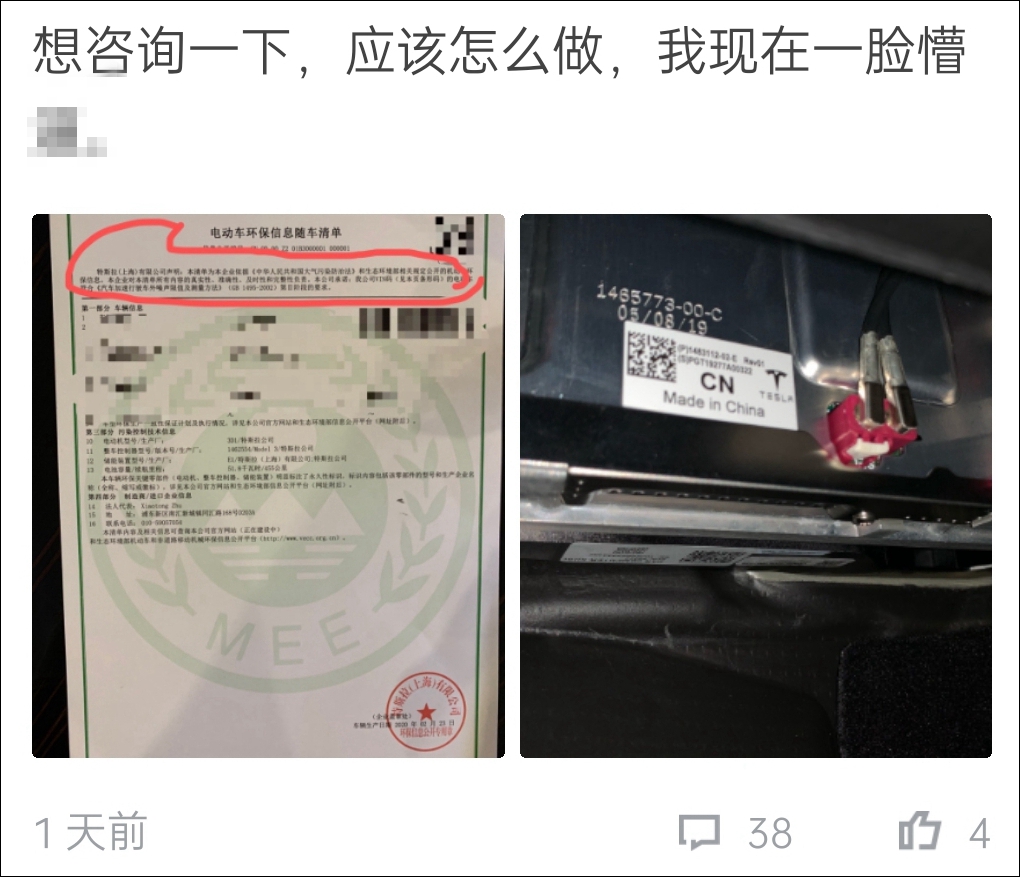 Some netizens who claim to be owners of China-made Model 3 said that in fact, the hardware of the car is version 2.5.

However, in the "Environmental Information on Electric Vehicles" list, the vehicle control unit displays the latest version 3.0.

At present, it is not yet possible to confirm that the hardware model photos provided by the above netizens belong to the same model as the "On-board List".

It is worth mentioning that Tesla (Shanghai) Co., Ltd. has stated in the “Onboard List” that the company is responsible for the authenticity, accuracy, timeliness and completeness of all the contents of the list. 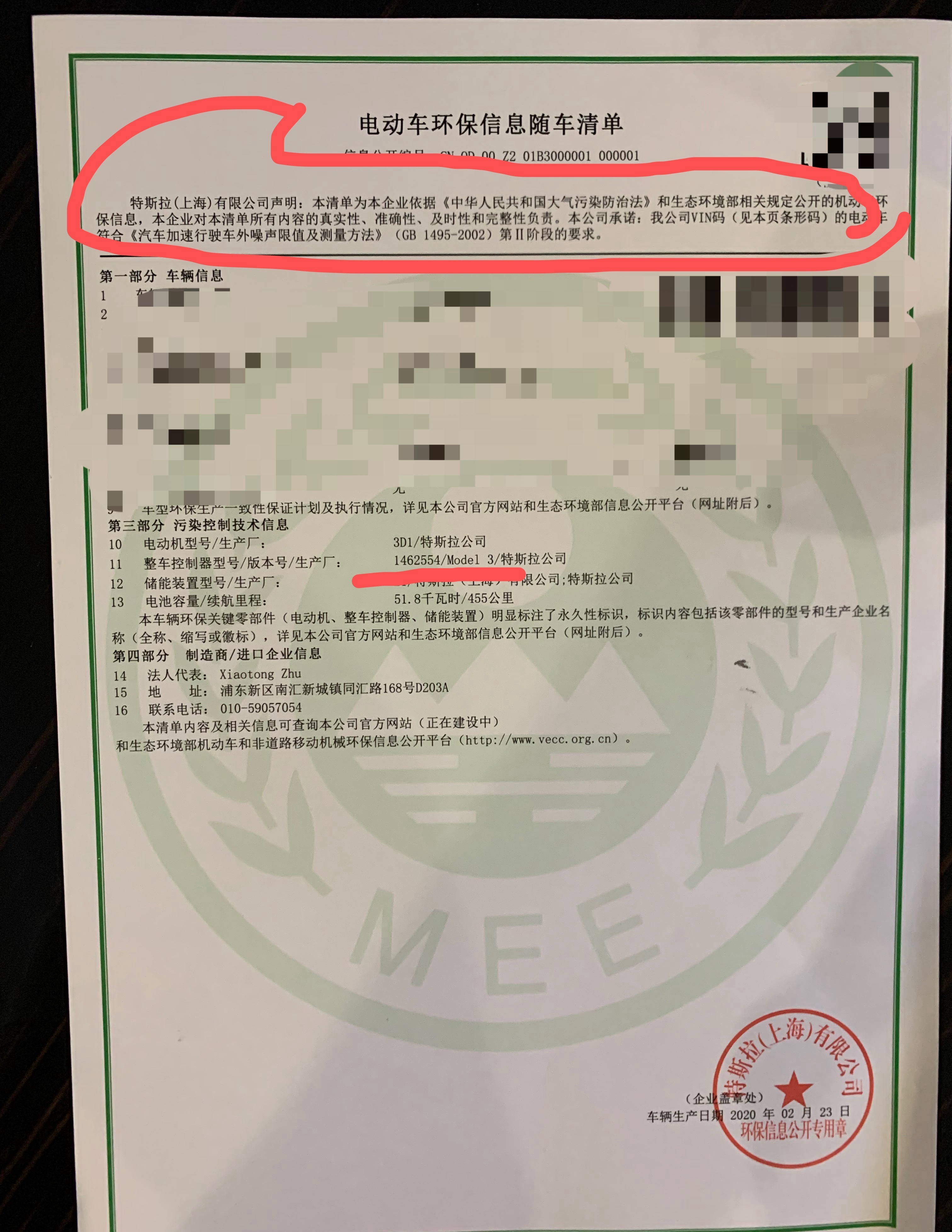 So what is the difference between Hardware 2.5 and Hardware 3.0, will it affect the use of the car?

In the field of autonomous driving, Tesla previously cooperated with companies such as Moblieye and NVIDIA. However, in consideration of performance, power consumption and cost, Tesla decided to start independent research and development. As a transition, Hardware 2.5 continues to use the NVIDIA DRIVE PX 2 platform.

In April 2019, Tesla officially released its independently developed Hardware 3.0. According to official propaganda, the chip accommodates up to 6 billion transistors and has a processing capacity of 21 times that of Hardware 2.5: the 2.5 version can only process 110 frames per second, while the 3.0 version can process up to 2300 frames per second Image.

At the same time, the cost of version 3.0 is about 20% lower than version 2.5 due to self-production and sales.

Tesla claims that the computing power of Hardware 3.0 is 21 times that of 2.5.

For the performance of Hardware 3.0, Li Xiang, the founder of Auto House and Ideal Car, once lamented that such a computing power cannot even be achieved by EQ4 and Bosch.

The computing power has been greatly improved, and the most intuitive impact is that Tesla models equipped with Hardware 3.0 have the ability to identify traffic separation pier (commonly known as "ice cream cone"), while Tesla previously loaded with Hardware 2.5 and below Pull models cannot achieve this function.

Tesla's customer support department also confirmed in an email responding to consumer inquiries that the non-3.0 version is temporarily unable to obtain the function of identifying "ice cream cones".

In this regard, Tesla CEO Elon Musk has repeatedly promised that consumers who purchase Full Self-Driving (FSD) kits can upgrade Hardware 2.5 to version 3.0 for free.

Guancha.cn noticed that China-made Model 3 comes standard with the basic Autopilot automatic driving assistance function, which can automatically assist in steering, acceleration and braking in the driving lane. The FSD kit costs RMB 56,000 to purchase. After purchase, it will get automatic lane change, automatic parking, vehicle calling and other functions.

Owners of the FSD kit can upgrade the hardware to version 3.0 for free. China-made Model 3 comes standard with Autopilot, but the FSD kit costs 56,000 yuan to purchase.

What is confusing is that if these rumors are true, the overseas version of Tesla will use the lower-cost version 3.0 tomorrow morning, why did Tesla use 2.5-performing, higher-cost 2.5-inch models in China-made models? What about the version?

Some car critics believe that China-made Tesla does not use version 3.0 hardware, which may be a tight supply chain. Another possibility is that recently, U.S. consumers can obtain 3.0 hardware through the FSD suite free upgrade. Will Tesla Looking for a new way for the replaced 2.5 spare parts due to cost considerations?

"In fact, Tesla owners have far more tolerance for this brand than competitive products. At the hardware level, most owners understand the details such as workmanship. What really cares about is the electric drive system (Tesla uses Panasonic and LG's (Battery) and Autopilot hardware. It is a pity that China-made Model 3 in these two aspects has caused new car owners to have the same doubts as scratching a lottery ticket. "

The annual "315" consumer rights protection day is coming, but Tesla has been exposed in this section to the issue of rights protection. Judging from several screenshots circulating online, some car owners have complained about the problem to the 12315 platform across the country, claiming against Tesla Shanghai Company on the grounds of "fraudulent consumers."

Article 55 of the "Law of the People's Republic of China on the Protection of Consumer Rights and Interests" stipulates that if an operator commits fraudulent acts in the provision of goods or services, it shall increase the compensation for the losses suffered by the consumer in accordance with the requirements of the consumer, and increase the amount of compensation for the purchase of goods by the consumer Three times the price of the service or the cost of receiving the service, the so-called "refund one for three."

However, as of press time, Tesla officials have not made any formal response to this dispute. Guancha.cn asked Grace Tao, Tesla's global vice president, on this matter, and there was no reply as of press time.

Telsa shares went down 0.48% in pre-market trading as of now on Monday. Earlier it was traded up about 10%. 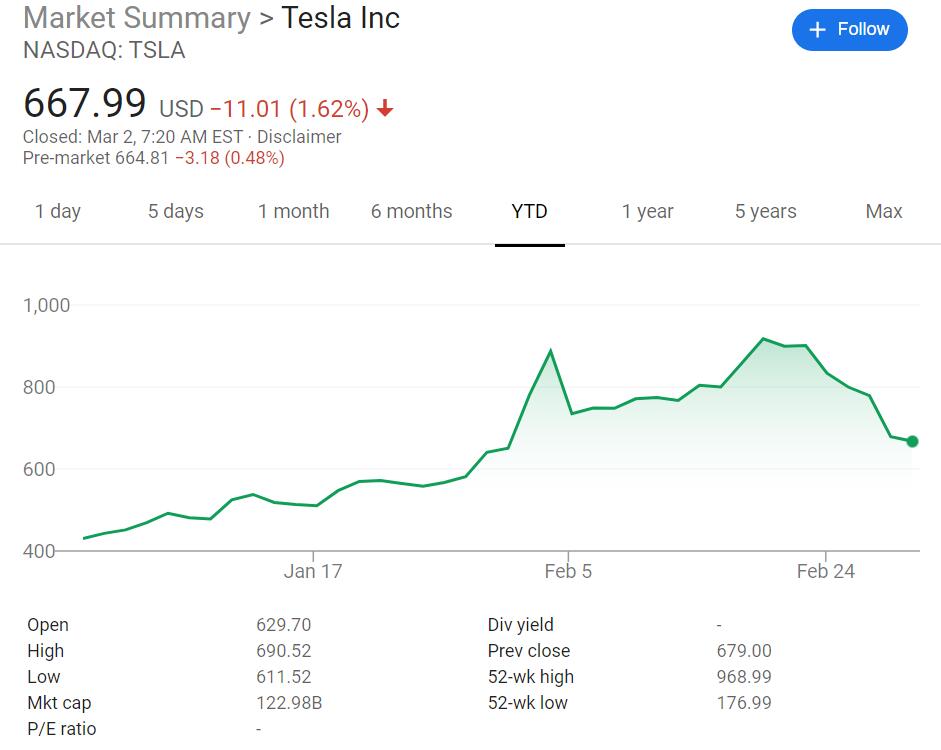