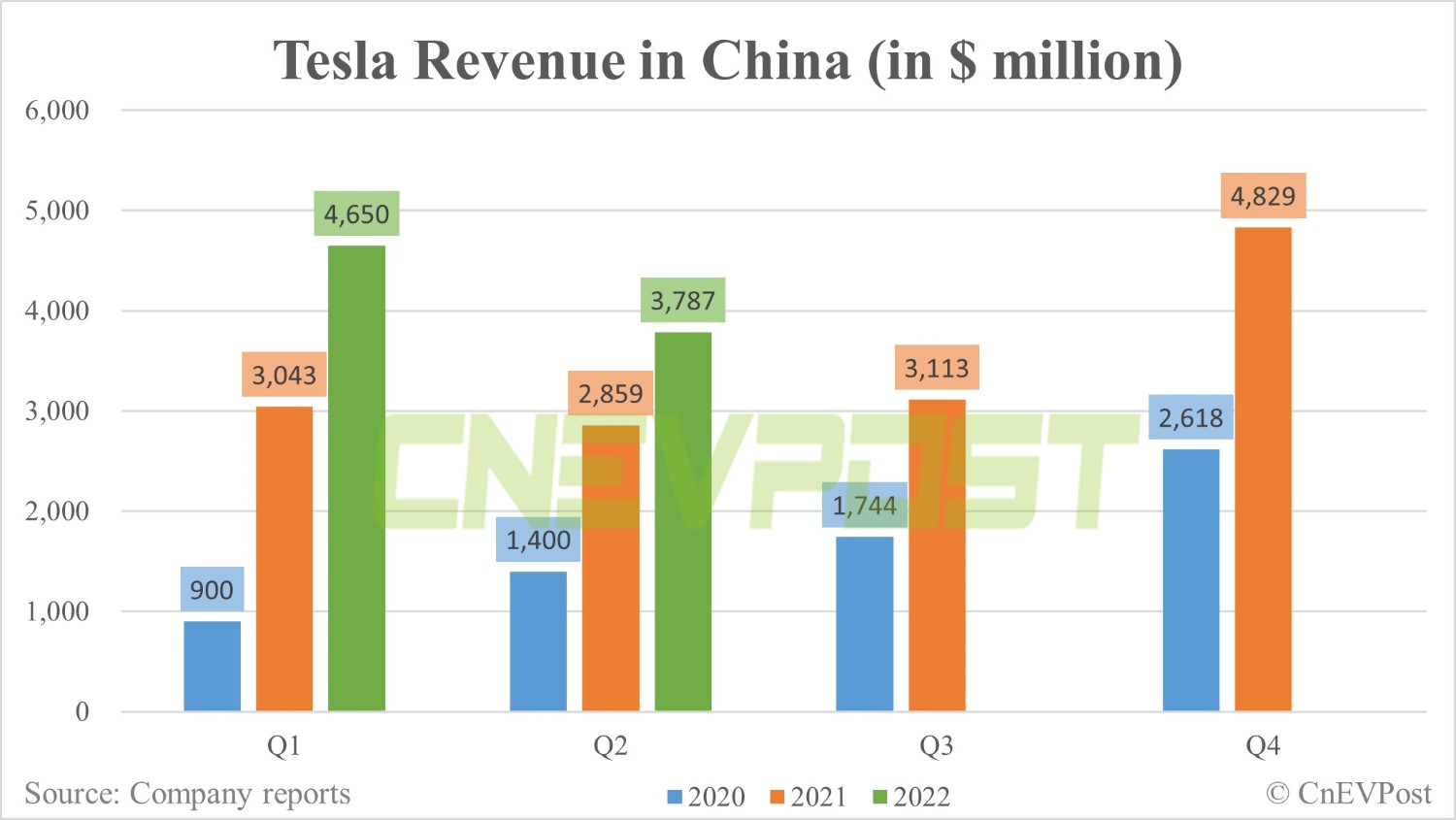 Tesla's second-quarter revenue in China was $3.787 billion, the US electric vehicle giant's Form 10Q filed with the US Securities and Exchange Commission on Monday showed.

That was up 32.45 percent from $2.859 billion a year ago, but down 18.56 percent from $4.65 billion in the first quarter, the first sequential decline in Tesla's China revenue since the Shanghai plant began production in 2019.

Tesla's global revenue in the second quarter was $16.9 billion, of which the US contributed $9.6 billion, or 56.8 percent.

This was mainly due to the impact of the Covid lockdown, which reduced production at Tesla's Shanghai plant in the second quarter.

Giga Shanghai is located in Lingang, Pudong new area, Shanghai, an area that went into lockdown on March 28 and did not have travel restrictions lifted for residents until June 1.

Tesla's Shanghai plant stopped production when the city went into lockdown and officially began resuming limited production on April 19, only to return to 100 percent capacity utilization in early June.

The Shanghai plant shutdown dealt a serious blow to Tesla's production and deliveries here, and the company sold just 1,512 China-made vehicles in April and produced 10,757, according to data previously released by the China Passenger Car Association (CPCA).

Tesla delivered 89,275 units in China in the second quarter, data from the CPCA monitored by CnEVPost showed.