Update: Added information about the processor for the infotainment system on the Model Y Performance.

Tesla has sold out of available capacity for the entry-level Model Y in China this year, and the start of deliveries of the Model Y Performance will help increase its sales and average price in the Chinese market.

Tesla began deliveries of the Model Y Performance in China after teasing the move earlier this week.

"Model Y Performance officially opens for delivery as new milestones are lit up one by one," the company said today on Weibo. 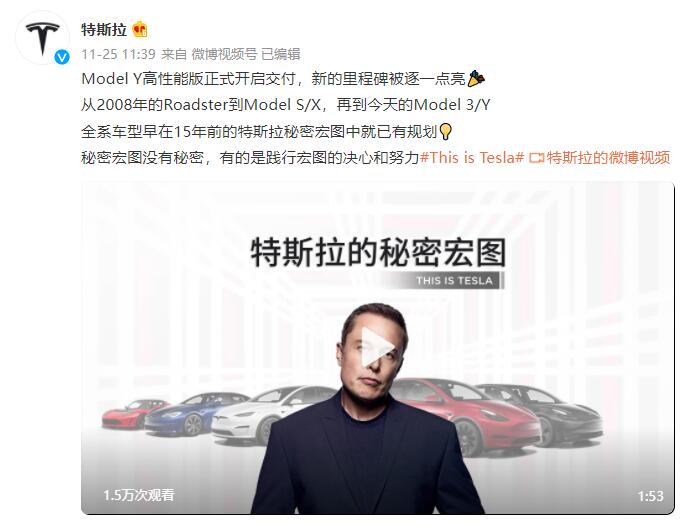 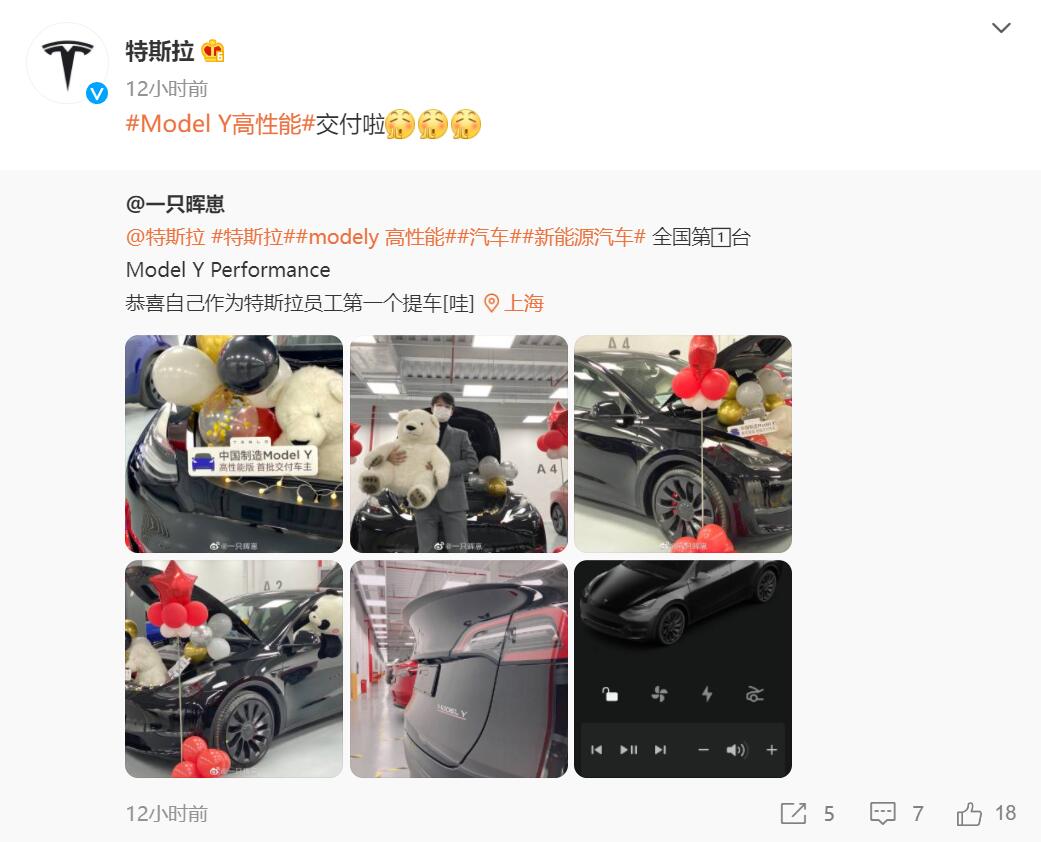 Separately, according to Weibo car blogger @常岩CY, Tesla used AMD Ryzen that is found on the Model S Plaid as the processor for the infotainment system on the Model Y Performance, instead of the Intel Atom used in other Model Y versions. 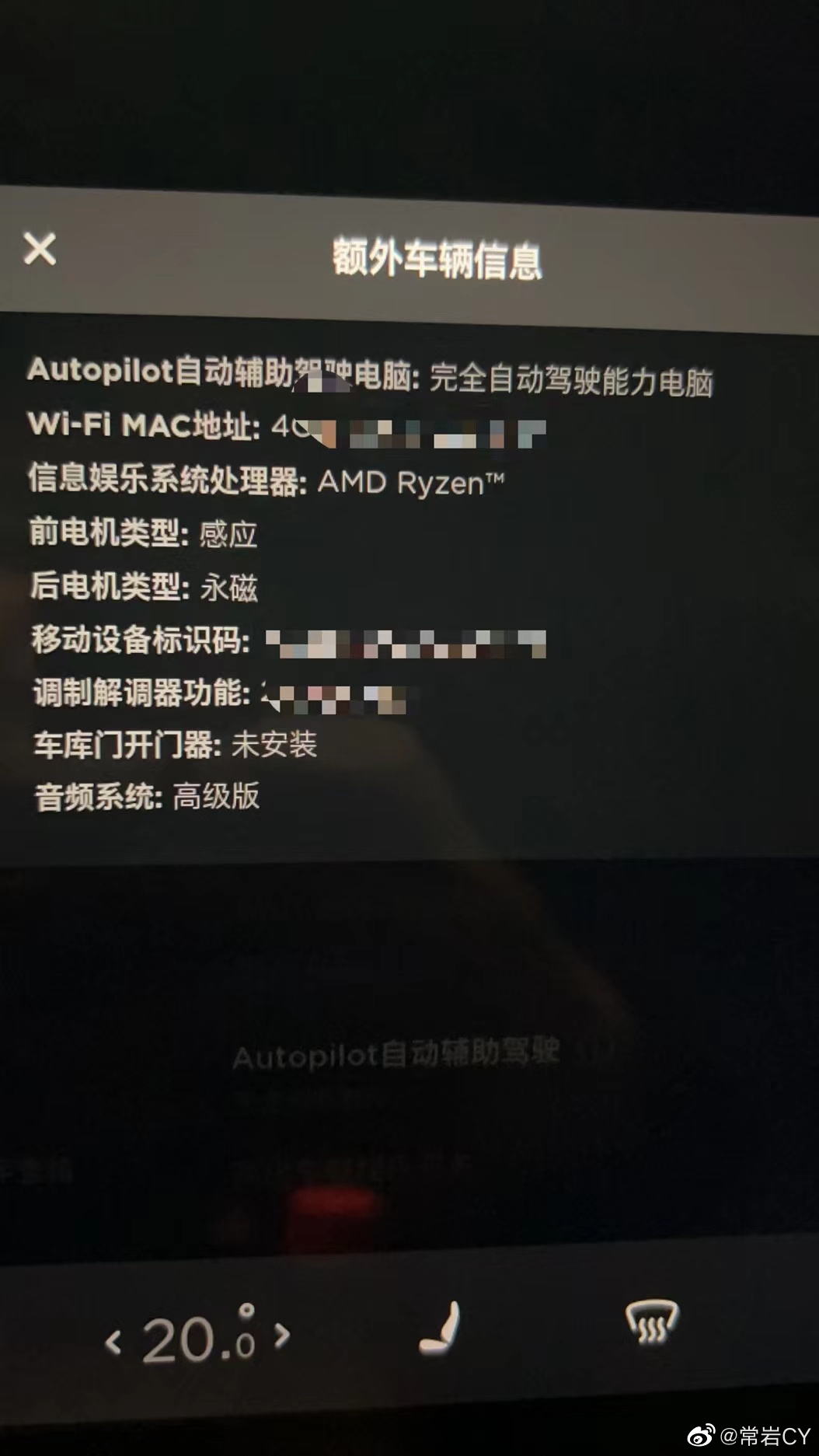 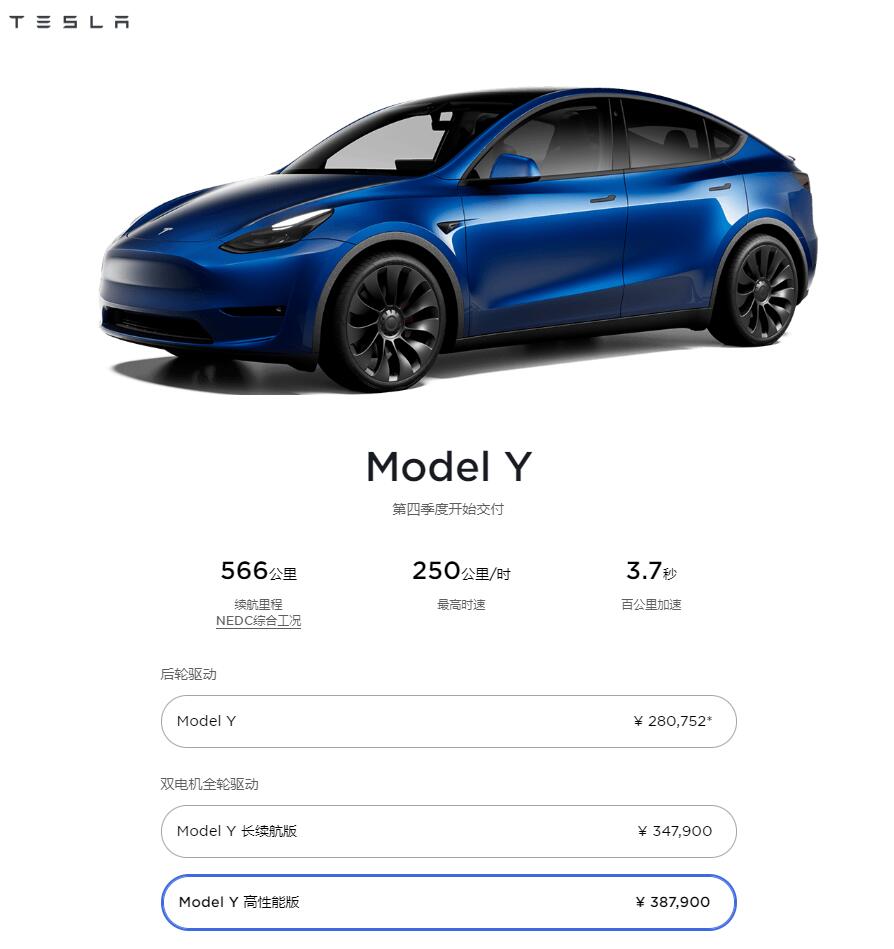 Earlier this month, Tesla sold out of available capacity in China this year for the entry-level Model Y. The start of Model Y Performance deliveries will help increase Tesla's sales in China and raise the average selling price.

On November 12, information on Tesla's China website showed that the entry-level Model Y has a 0-100 km/h acceleration time of 6.9 seconds, up from 5.6 seconds previously, and delivery is expected in the first quarter of next year.

The Tesla Model Y was the third best-selling new energy vehicle in China in October, following SAIC-GM-Wuling's Hongguang Mini EV and BYD's Qin Plus DM-i, according to data released earlier this month by the China Passenger Car Association (CPCA).