Tesla will continue to expand investment and R&D in China, says Elon Musk

Tesla will continue to expand its investment and research and development efforts in China, said Elon Musk, the company's CEO.

Musk made the comments in a video message at the 8th World Internet Conference, which opened Sunday in Wuzhen, Zhejiang province. 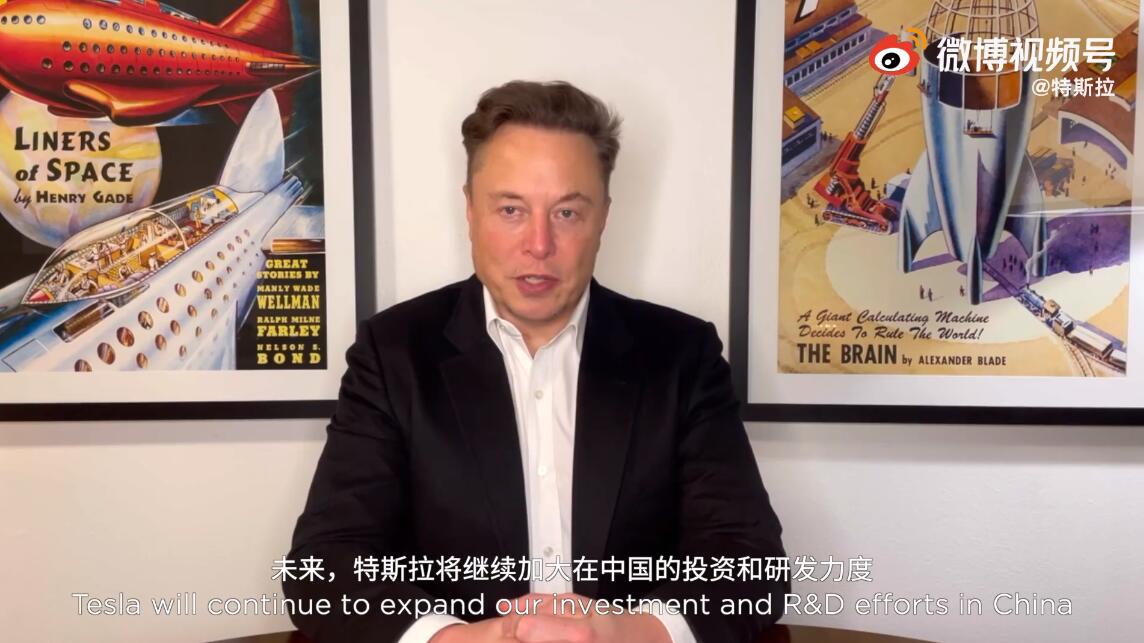 He said China has invested a lot of resources and energy in applying the latest digital technologies to a wide range of industries, including automobiles, making the country a global leader in digital technology.

He also mentioned that Tesla has established a data center in China where production data, sales data, service data and charging data are stored, and that all personally identifiable information is stored securely within the country, with only a small amount of order data leaving the country after approval.

In his brief remarks, he reiterated that Tesla is working on both practical and pure vision-based artificial intelligence fully autonomous vehicles, and that autonomous driving will be fully achievable through neural vision networks.

In a video presentation at the 2021 World New Energy Vehicle Congress in southern China's Hainan Province on September 16, Musk said that China is the world's largest and most dynamic new energy vehicle market, and that Chinese consumers want more connected and smart cars, so Tesla sees huge growth potential for smart cars in China.

Tesla will continue to work to reduce costs and improve production efficiency to make electric cars an option for more people, he said, adding that he has great respect for the Chinese automakers driving these technological developments.

Tesla China's wholesale sales reached a record 44,264 units in August, up 275 percent year-on-year and up 34 percent from July, according to data released earlier this month by the China Passenger Car Association.

The data released by The CPCA includes Tesla's exports, which stood at 31,379 units. That means Tesla sold 12,885 units in China itself in August.

Join our Telegram group to be alerted the moment we publish an article: t.me/CnEVPost
#Elon Musk#Tesla#Tesla China
0
Comments (0)