Until now, Tesla's real sales in China in August have remained a mystery.

Tesla has never released monthly delivery figures in China, but the China Passenger Car Association (CPCA) usually mentions Tesla's wholesale sales in China in its report at the beginning of each month.

Data from the CPCA earlier this month showed that Tesla China's wholesale sales reached a record 44,264 units in August, but that includes 31,379 units exported.

That means Tesla sold 12,885 units in August in China, with the locally made Model 3 sales at 1,309, the lowest since deliveries of the model began last January. Model Y sales in August were 11,576. 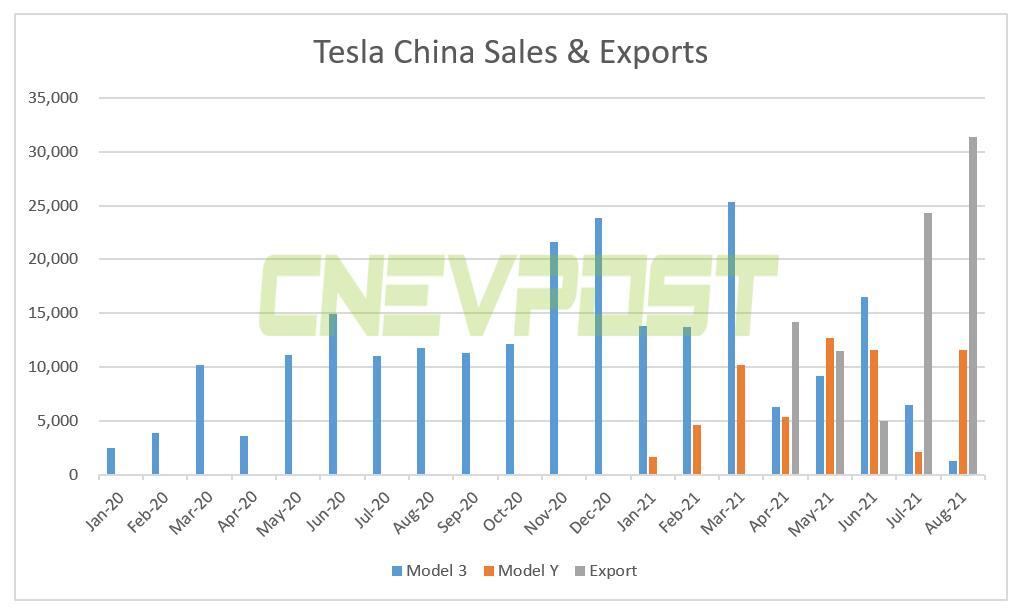 Tesla's sales in China were bad enough according to the CPCA, but then insurance registrations made things even more complicated.

According to the China Automotive Technology and Research Center (CATARC), Tesla registered just 2,802 insurance units in China in August, including 1,273 Model 3s and 1,529 Model Ys.

"(The insurance registrations) are definitely not true," cls.cn quoted a Tesla China source as saying, adding that Tesla adopts a direct model and "our sales figures are based on what is actually sold, i.e. the sales figures published by the CPCA. "

As for why the insurance data is not true, Tesla did not specify, the report noted.

In fact, insurance registrations are considered to be a more realistic indicator of a car company's sales each month, because they must be completed when the vehicle is delivered to the consumer so that the user can drive the car home.

"The problem likely lies in the time lag between 'settling the final payment' and paying the insurance for the vehicle," the report said, citing an industry source.

The first deliveries of the Model Y Standard Range were made in late August, but as the end of the month approached, some new vehicles that had been paid off were counted as deliveries, but owners did not register for insurance and install license plates, leading to a discrepancy between deliveries and insurance registrations, the source said.

That could produce a discrepancy of about 9,000 Model Y Standard Range vehicles, which should be included in the September figures, according to the person's calculations.

Join our Telegram group to be alerted the moment we publish an article: t.me/CnEVPost
#Deliveries#Tesla#Tesla China
2
Comments (0)