Great Wall Motor, the largest SUV manufacturer in China, announced Wednesday that it has signed an agreement with Daimler Group to acquire its Iracemapolis plant in Brazil.

The plant, including land, factory, machinery and equipment, will be transferred to Great Wall Motor. This transaction is a pure asset transaction and does not involve the transfer of personnel, according to a statement. 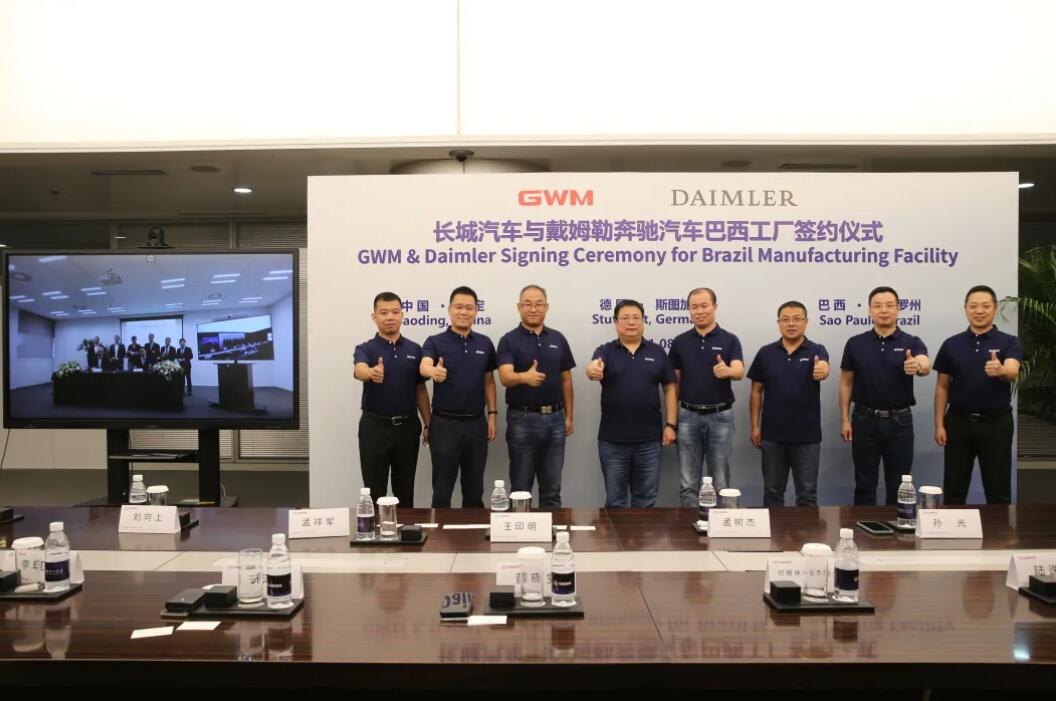 Brazil is the largest and most populous country in Latin America, with the world's seventh-largest auto sales and a high potential consumer auto market, said Liu Shang, vice president of Great Wall Motor.

The plant delivery is expected to be completed by the end of 2021, and it will have an annual capacity of 100,000 vehicles after the renovation, creating nearly 2,000 local jobs, Great Wall Motor said.

Its overseas sales totaled 61,672 units, up 200.3 percent year-over-year and accounting for nearly 10 percent of overall sales.

Its Haval brand accumulated sales of 391,541 units in the first half of the year, an increase of 49.3 percent year-over-year, placing it at the top of the Chinese SUV market sales. Its Haval H6 won the top SUV sales in China for a total of 97 months.

Great Wall pickup sold 118,066 units globally in the first half of the year, up 23.2 percent year-over-year, with a market share of nearly 50 percent in China.