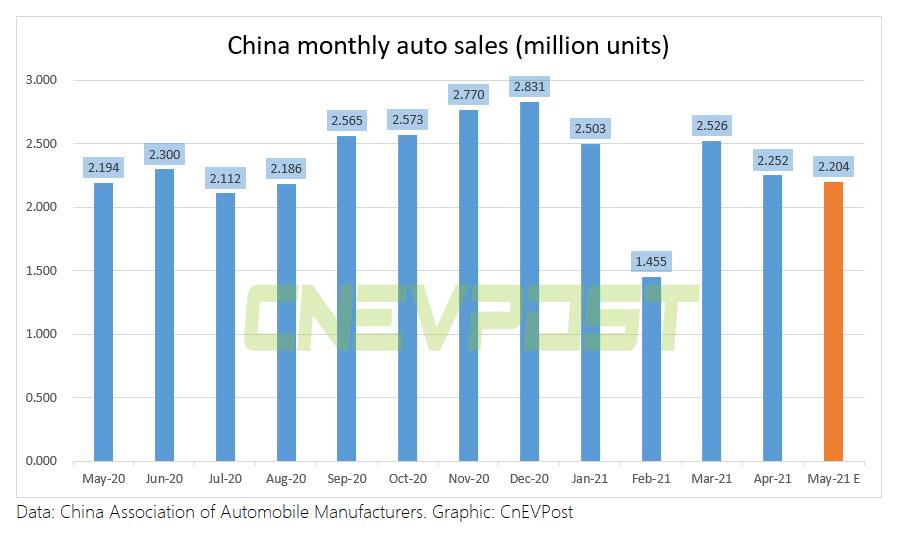 China's auto industry is estimated to have sold 2.204 million vehicles in May, down 2.1 percent from April and up 0.5 percent from a year ago, the China Association of Automobile Manufacturers (CAAM) said Thursday.

From January to May, cumulative sales in China's auto industry are estimated at 10.951 million units, up 37.6 percent from a year earlier.

Chinese electric vehicle maker NIO delivered 6,711 vehicles in May, up 95.3 percent from a year earlier but down 5.5 percent from April, according to data released earlier this week.

NIO's deliveries in May had been briefly affected by supply chain fluctuations due to chips and adjustments in the delivery chain, the company said, adding that its new orders continued to grow.