Home › Huawei › First model sold in Huawei channel said to have over 10,000 orders

First model sold in Huawei channel said to have over 10,000 orders

The Seres SF5, the first model sold in Huawei's channel, received 3,000 orders within two days after the sale started on April 20, and the order volume has exceeded 10,000 so far, 21jingji.com reported on Tuesday.

"After working with Huawei, we've had so many orders. Customers who place orders now will only get deliveries at the end of July at the earliest," the report quoted a sales executive at the Seres 4S dealership in Shenzhen's Longgang district as saying.

On April 20 this year, Richard Yu, CEO of Huawei Consumer BG and CEO of Smart Car BU, announced that Huawei will start selling cars, with the first model being the Seres SF5 from Chongqing Sokon, which will enter Huawei's stores and flagship stores.

The 2WD version of the model is equipped with Seres' electric drive system, but also has Huawei HiCar and Huawei Sound.

Orders for the Seres SF5 exceeded 6,000 units in the first week of sales in the Huawei channel. By comparison, Chongqing Sokon has sold 1,275, 529 and 2,815 new energy vehicles in the first three months of the year.

Seres said Tuesday that the Seres SF5 will be delivered to their first owners on May 29. 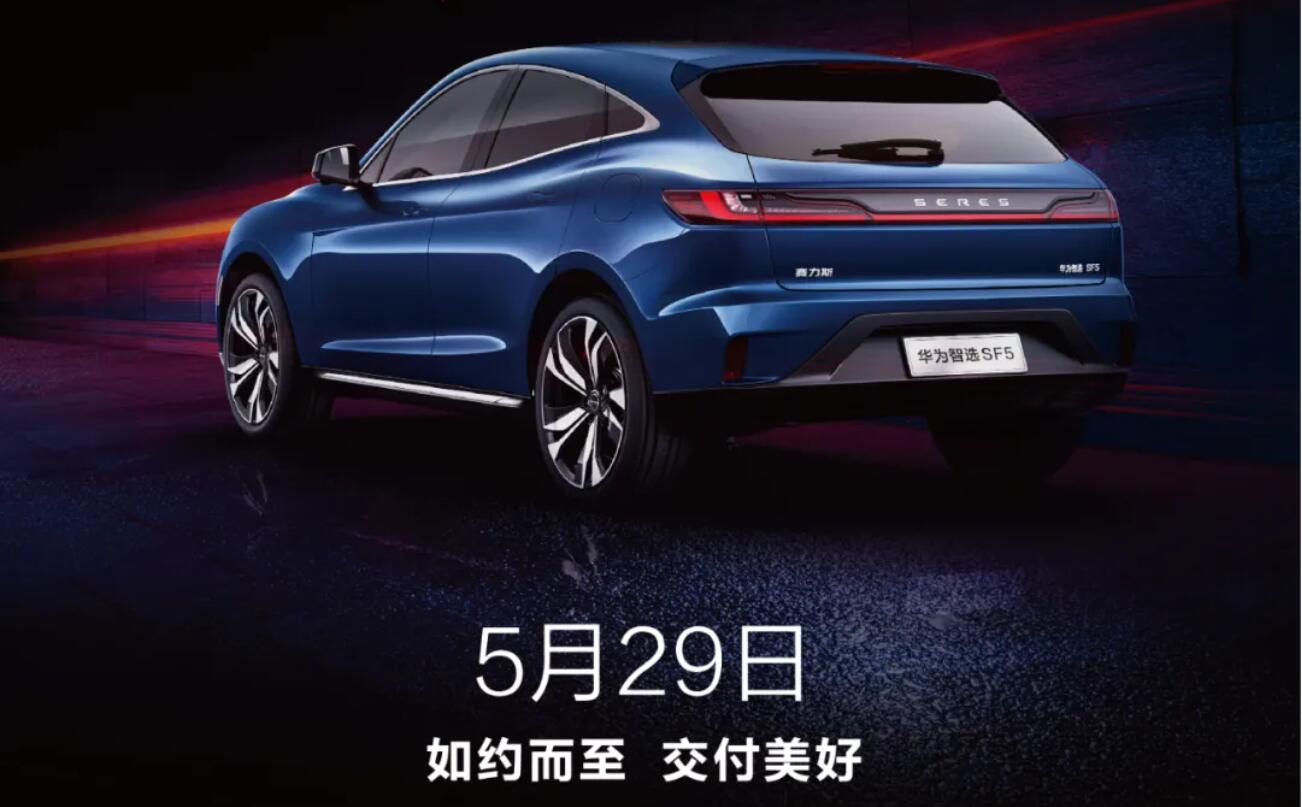 "Most of the customers who placed orders were young people between the ages of 28 and 35, and a number of them placed orders directly on the spot after test drives," the sales executive said.

The report quoted Huawei sales staff as saying that the company is currently revamping its offline high-end experience stores on a large scale and is pressing ahead with training merchants and store staff for the business of selling cars.

Huawei recently said at a channel summit that the car sales target for its channel in 2022 is 300,000 units. If the net profit is calculated at RMB 5,000 per car, this will bring Huawei a profit of RMB 1.5 billion yuan.

It is worth noting that data from the China Passenger Car Association showed that Tesla, the top seller of new energy vehicles in the Chinese market, sold 137,400 units in 2020, and NIO, Li Auto and XPeng Motors sold about 100,000 units combined.

This means Huawei's target of 300,000 units is more than twice the sales of Tesla and three times the combined sales of NIO, Li Auto, and XPeng Motors last year.