The stock of Chinese electric car company XPeng Motors has continued to struggle, but its bottom may be near, with sentiment appearing to hit a trough and Tesla's recent negative news in China likely to provide perceived benefit to domestic competitors, according to Deutsche Bank analyst Edison Yu's team.

In addition, XPeng is poised to see a large increase in vehicle deliveries in the second half of the year, driven by a rollout of models with lithium iron phosphate batteries, a mid-cycle refresh of the G3, and deliveries of the P5 in the fourth quarter, the team said in a research note sent to investors Monday.

The team believes that as G3 production gets insourced and P5 production begins to ramp up, its gross margin should gain material benefit.

Yu's team believes that if EV industry investor sentiment stabilizes in the coming months, XPeng's stock will recover quickly due to its clean growth pathway and existing leadership position in ADAS/AD technology in the second half of the year.

The team reiterated its Buy rating on XPeng and its $43 price target, which represents a 67 percent upside from the company's closing price of $25.70 on Friday. 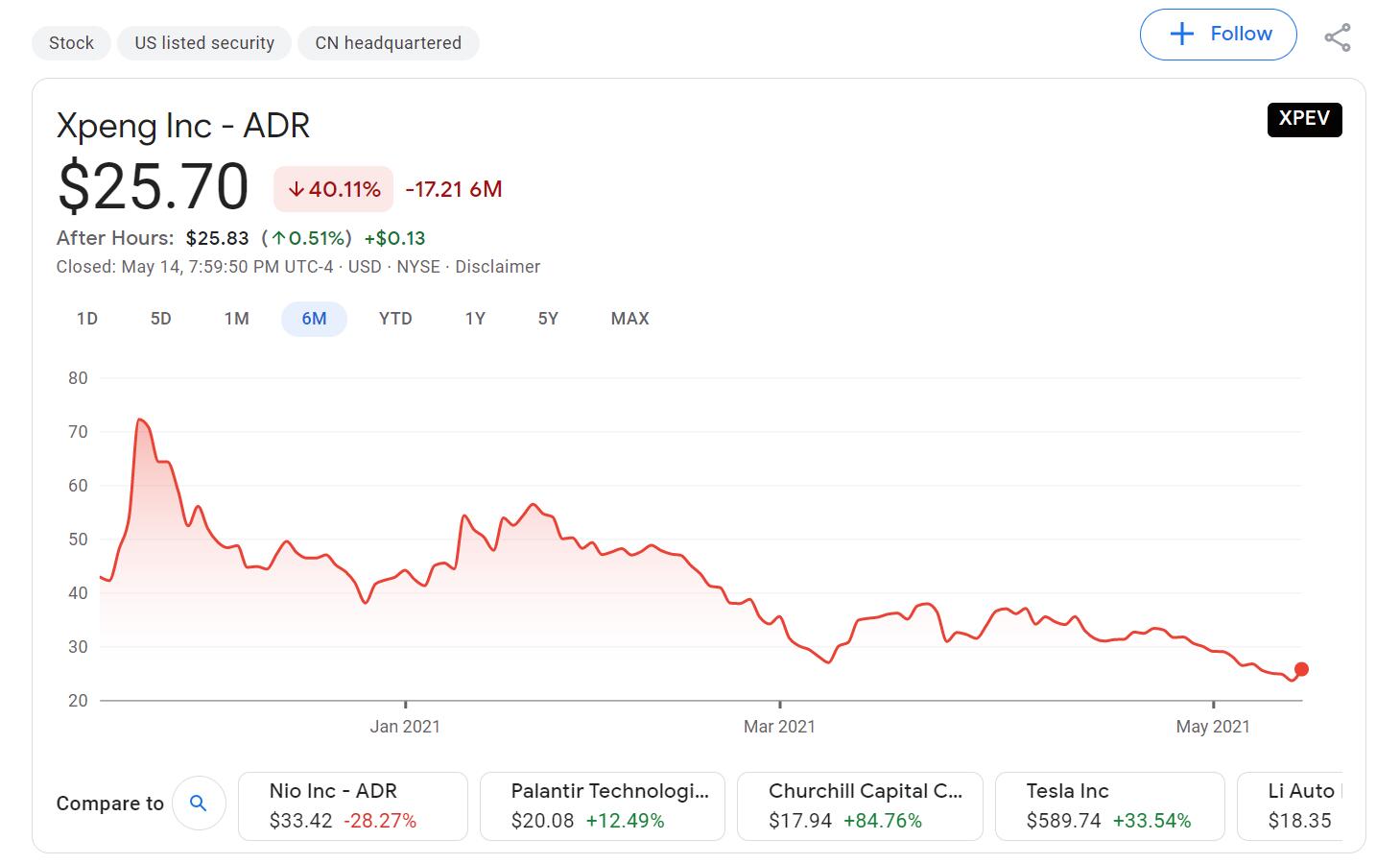 Yu's team believes that with XPeng's management hinting that its order book is at an all-time high even excluding the P5 pre-oders, its underlying demand is actually much stronger.

The team notes that XPeng's G3 and P7 with LFP batteries accounted for 10% and 20% of total orders exiting the first quarter, respectively, but this did not cannibalize sales of its models with nickel-cobalt-manganese (NCM) batteries, implying that the lower price point captured incremental consumers.

The P5 has not released pricing information since its launch, leaving many investors with concerns about its demand and price. But in Yu's team's view, previous concerns may be overdone, as demand for the P5 is several times higher than it was during the same period after the P7's release.

XPeng is confident that LiDAR from Livox will be in volume production in the fourth quarter, saying it tested other LiDARs but only Livox could meet his aggressive timeline, Yu's team noted.

XPeng is considering alternative suppliers, which Yu's team thinks could mean Robosense or Huawei. "Our view is the Livox LiDAR may be cheaper and reach production more quickly but could have some performance drawbacks," the team said.