With China's policy support, the auto market will maintain steady growth in August, the CAAM said. 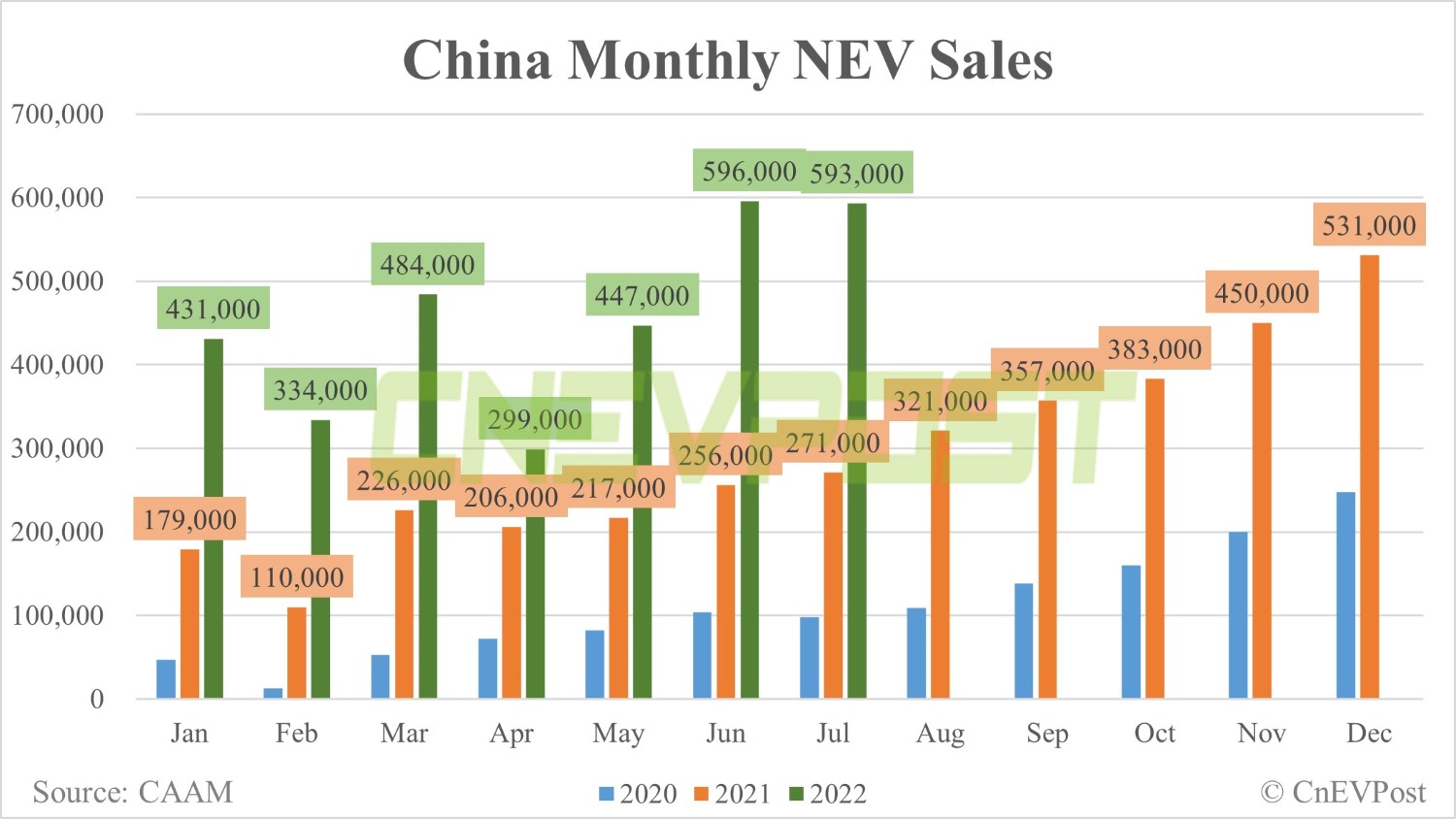 Despite a traditionally slow July and the impact of high temperatures, China's new energy vehicle (NEV) sales continued to remain near record highs.

China's NEV sales in July were 593,000 units, up about 120 percent from a year earlier and essentially unchanged from 596,000 units in June, according to data released today by the China Association of Automobile Manufacturers (CAAM).

Fuel cell vehicle production and sales were 292 and 245 units in July, up 460 percent and 13.4 percent, respectively, year-on-year. 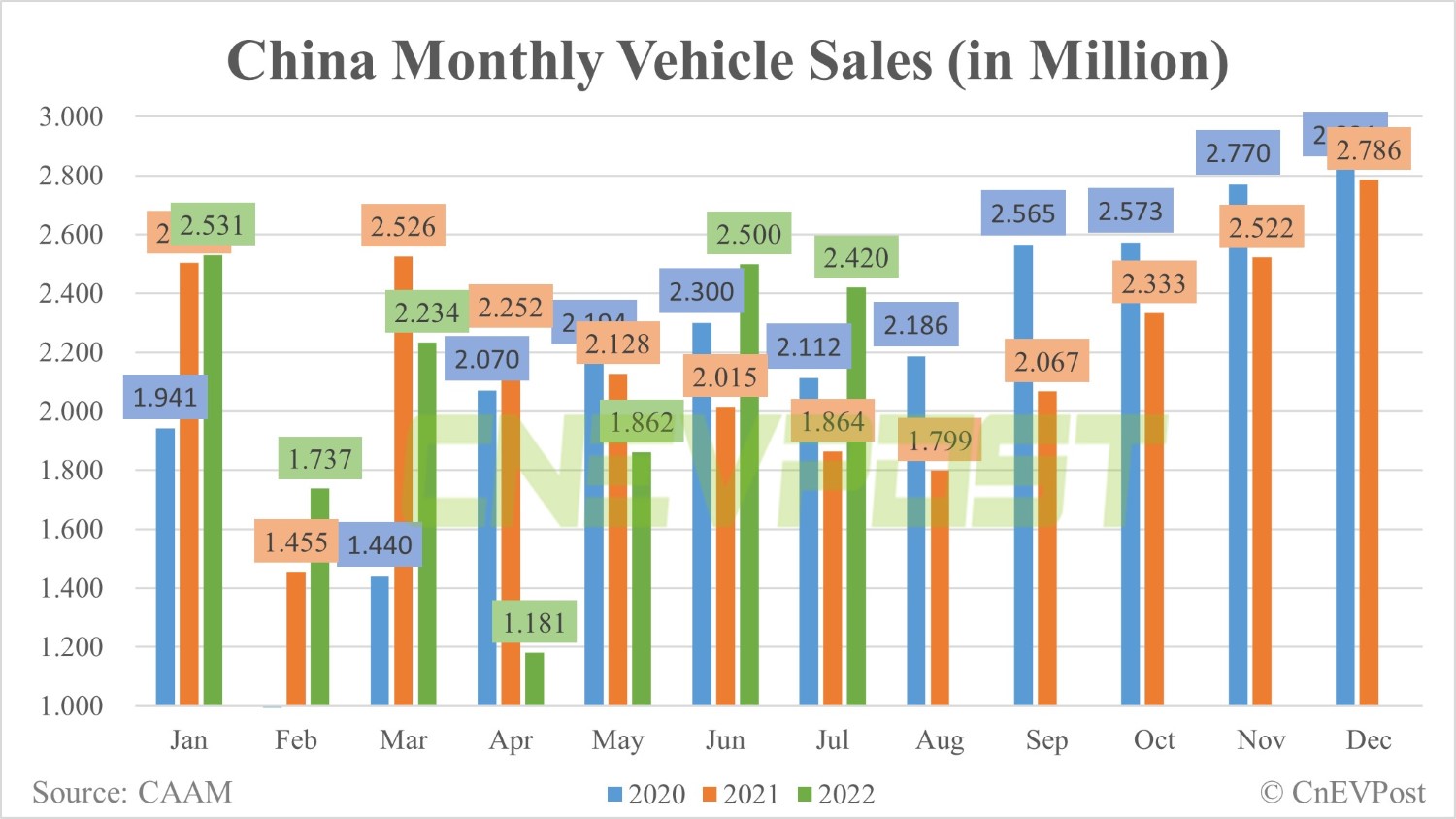 Although July's vehicle production and sales were lower than June's, they were the highest in history for the same period, proving that the industry is currently on a positive trajectory and is expected to continue, the CAAM said.

China's production and sales of all vehicles from January to July were 14.57 million and 14.48 million, respectively, with the former up 0.8 percent and the latter down 2 percent year-on-year.

China's auto exports continued to reach a record high in July at 290,000 units, up 16.5 percent from June and 67 percent year on year.

Supported by the Chinese central government's policies to stabilize the economy and local government policies to promote auto consumption, the auto market will maintain steady growth in August, the CAAM said.

In particular, with the arrival of the traditional peak consumption season in the auto market in September, passenger car production and sales will grow rapidly, and NEVs, as well as auto exports, will also maintain good performance, according to the CAAM.

However, the current foundation of China's economic recovery is not yet solid, and the passenger car market still needs continued support from national and local policies, the CAAM said.