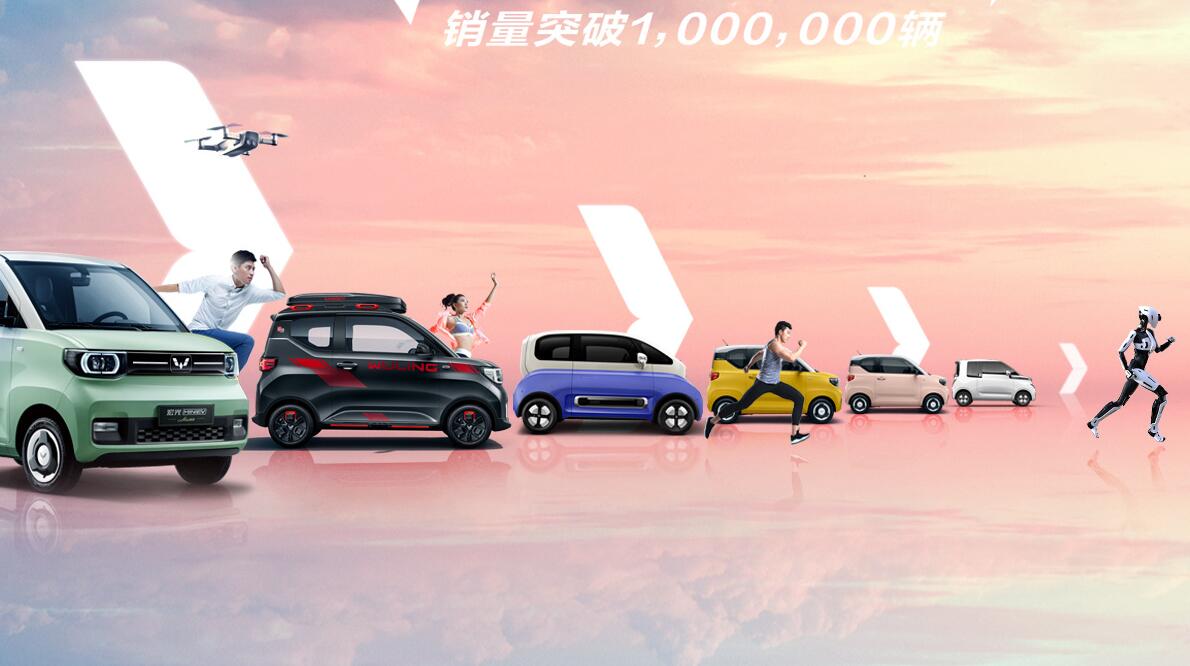 SAIC-GM-Wuling took five years to reach the milestone, the fastest in the world, it said.

It sells vehicles in China based on the GSEV (Global Small Electric Vehicle) architecture, including the Mini EV, KiWi EV and Nano EV. In addition to these pure electric models, SAIC-GM-Wuling also sells fuel-powered SUVs, MPVs and van models.

In the first half of the year, SAIC-GM-Wuling sold 208,043 NEVs, up 18 percent from 176,312 units in the same period last year, according to the China Passenger Car Association (CPCA).

The company sold 188,653 Hongguang Mini EV vehicles in the first half, accounting for 91 percent of its first-half NEV sales.

Cumulative sales of the Hongguang Mini EV through the end of June were 696,862 units since deliveries began in August 2020, the CPCA data show. Data for July is currently unavailable.

On May 19 last year, BYD announced that its 1 millionth NEV rolled off the production line, making it the first Chinese car company to cross that historic threshold in NEV sales.

It's worth noting that while SAIC-GM-Wuling became the second Chinese automaker to reach 1 million NEV sales, it did so in large part due to its lower price point.

In addition to the announcement of reaching the 1 million NEV sales milestone, SAIC-GM-Wuling also said that the first vehicle of its Air EV rolled off the assembly plant in Indonesia.

On May 24, the first batch of SAIC-GM-Wuling's NEV parts was exported to Indonesia on a rail liner.

The Air EV was unveiled in Jakarta, Indonesia, on June 1, the company said at the time, adding that it was its first model for the global market.