Since deliveries began in July 2020, BYD's flagship Han family of sedans has sold a total of 281,293 units. 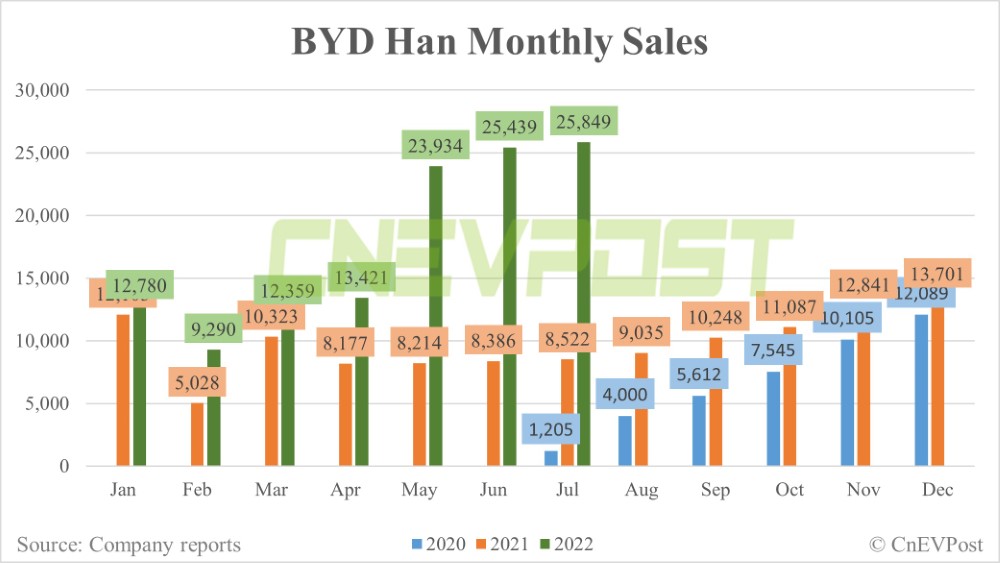 This brings sales of Han family models to 123,072 units in the first seven months of the year, up 102.58 percent from 60,753 units in the same period last year, according to data monitored by CnEVPost.

The Han family of models has sold a cumulative 281,293 units since deliveries began in July 2020.

BYD's flagship SUV Tang family sold 11,788 units in July, up 45 percent from 8,134 units in June. Cumulative sales of the model have exceeded 360,000 units since its launch, the company said. 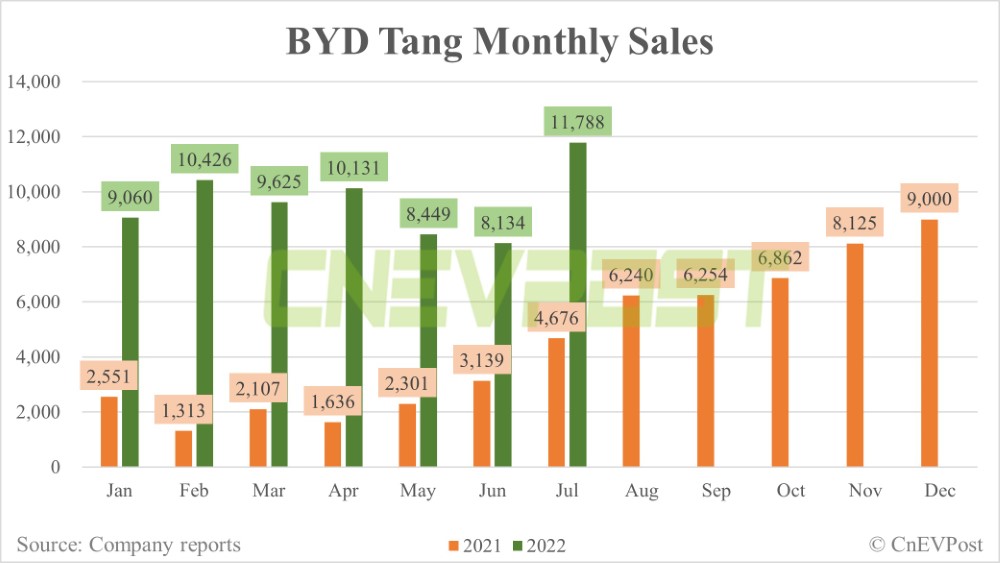 The Song family models are BYD's middle-priced SUVs, with a current price range of RMB 138,800 to 163,800 after subsidies, higher than the Yuan series but lower than the Tang series.

Since its launch, the Song family has accumulated sales of more than 1.25 million units, according to BYD. 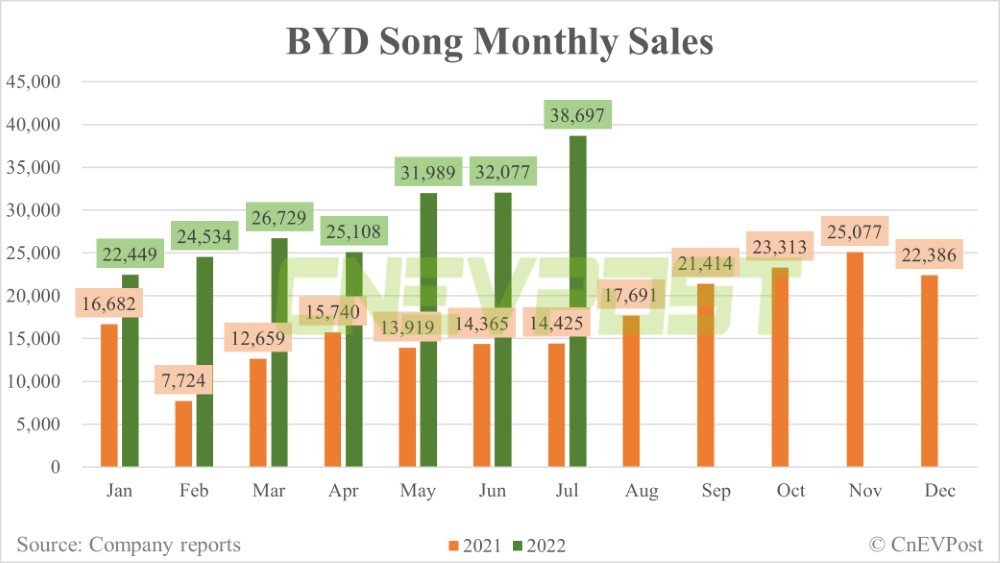 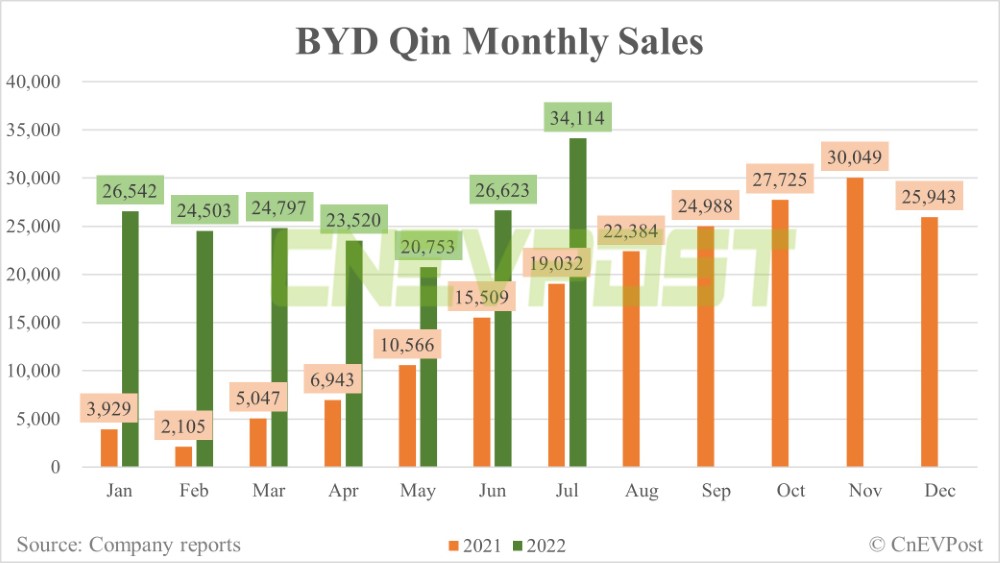 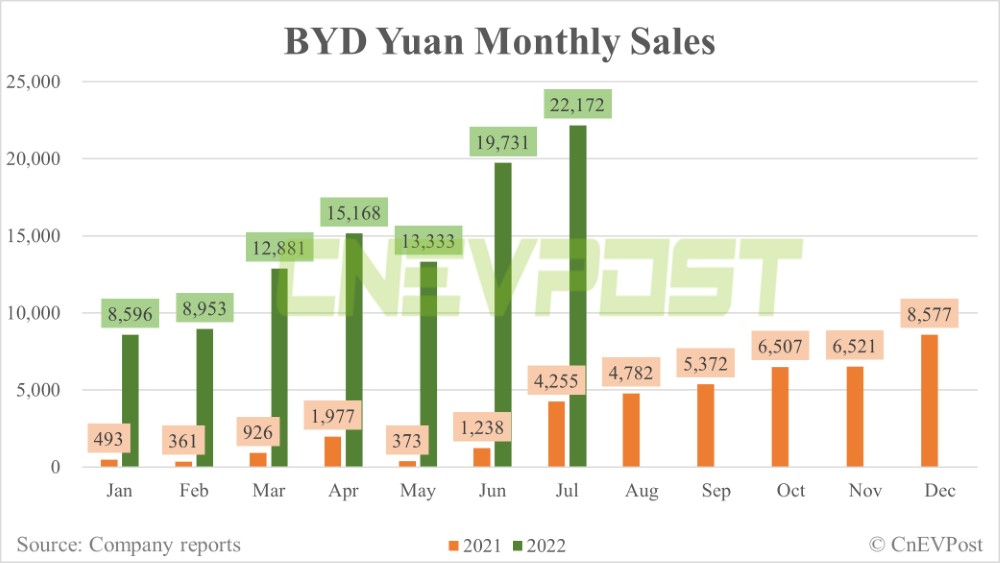 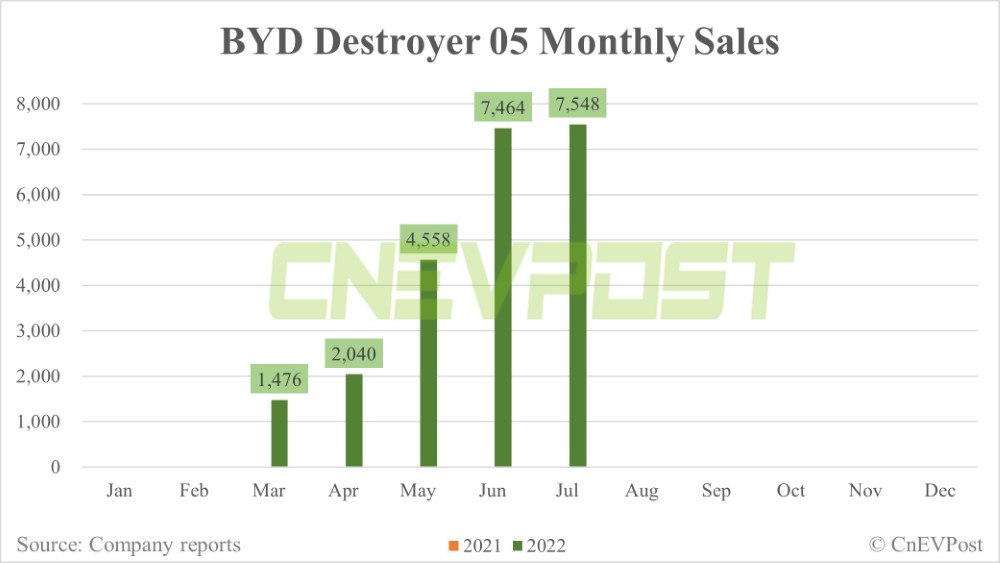 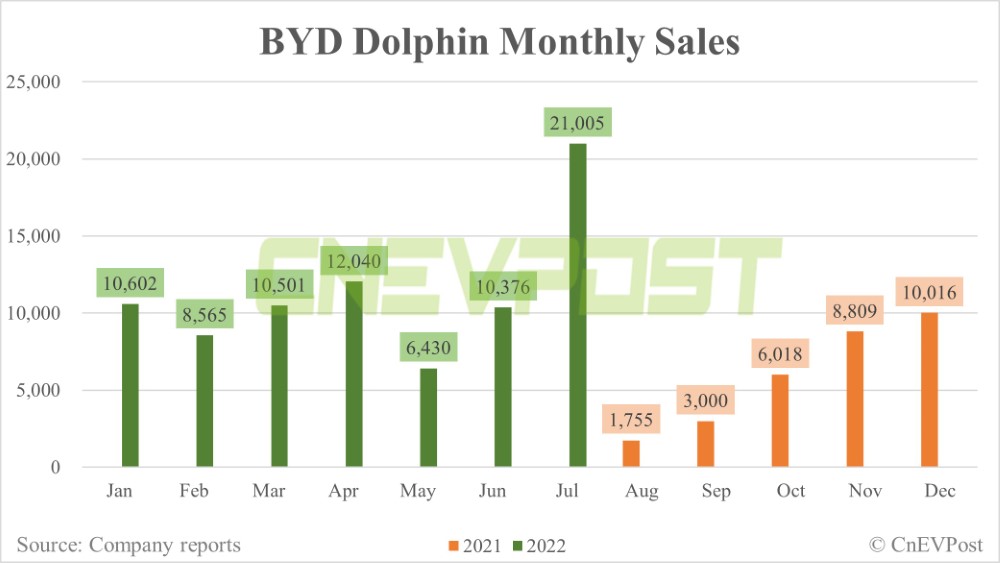