With the support of the computing center, the training time of XPeng's self-driving core model has been reduced from seven days to less than one hour. 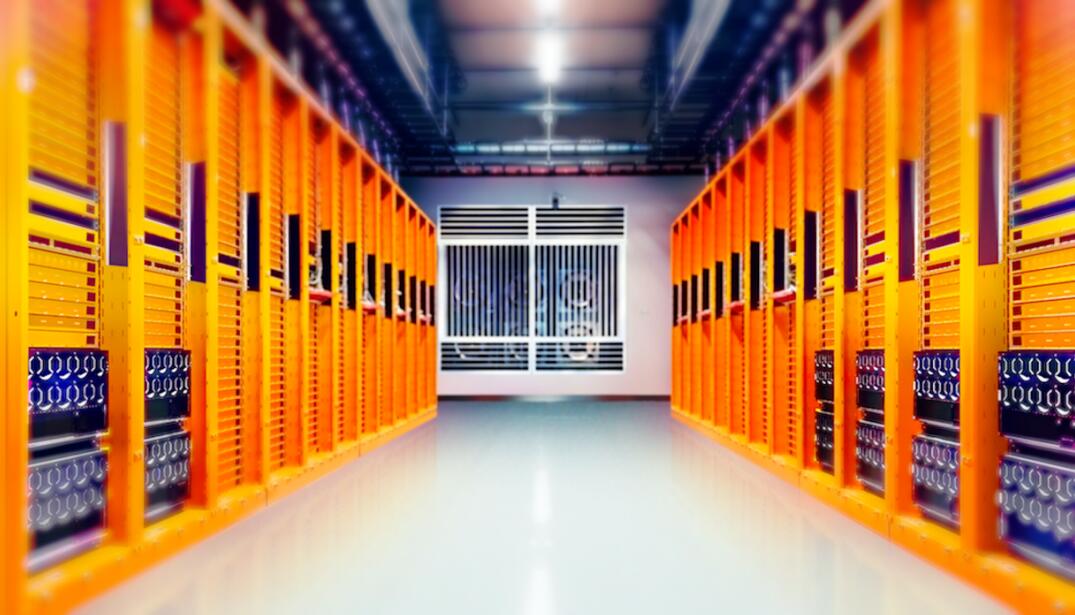 The center is based on Alibaba Cloud's intelligent computing platform and has a total computing power of 600 PFLOPS, increasing the training speed of XPeng's self-driving core models by 170 times, XPeng said today.

"As the demand for self-driving simulation training changes, we need a robust local and cloud-based computing power to provide support," said XPeng Chairman and CEO He Xiaopeng. 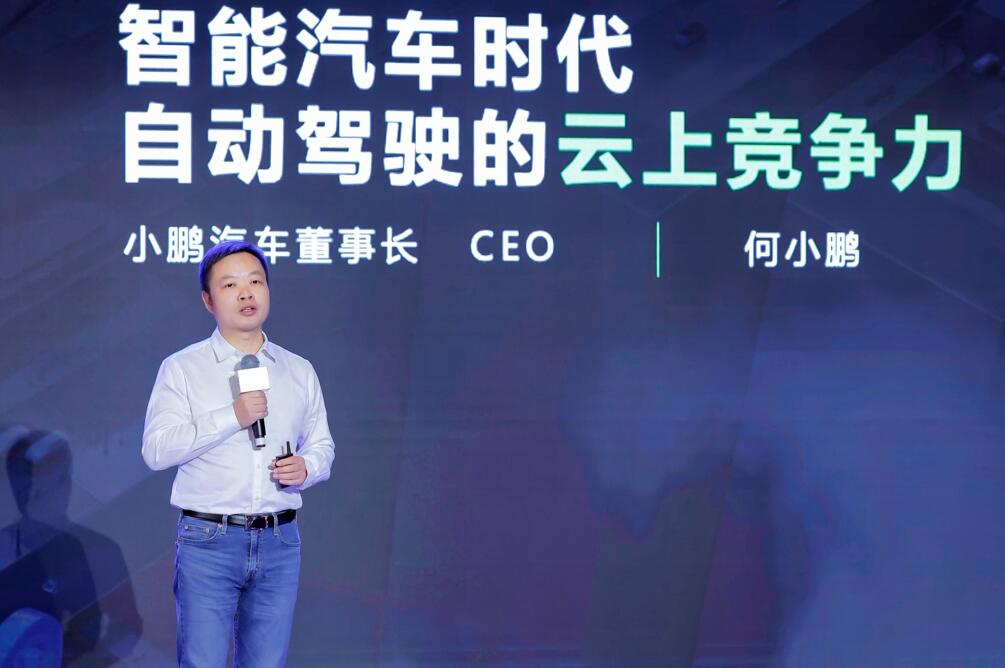 "I am very confident that the partnership with Alibaba Cloud will allow us to accelerate the development of autonomous driving technology," he added.

With the support of "Fuyao," the training time of XPeng's self-driving core model has been reduced from seven days to less than one hour, according to the company.

Currently, "Fuyao" is being used to train XPeng's algorithm model for its City NGP (Navigation Guided Pilot), XPeng said, adding that traffic conditions on urban roads are more complex than on highways, and that the size of the autonomous driving corner cases has increased by hundreds of times.

By partnering with Alibaba Cloud, "Fuyao" achieves more computing power at a lower cost, according to the company.

"Fuyao" increases GPU resource virtualization utilization by three times, supporting more people to develop online at the same time and increasing efficiency by more than ten times, according to XPeng.

At the communication level, end-to-end communication latency is reduced by 80 percent to 2 microseconds. The computing center's storage throughput is 40 times better than the industry's common level of 20 GB/s, the company said. 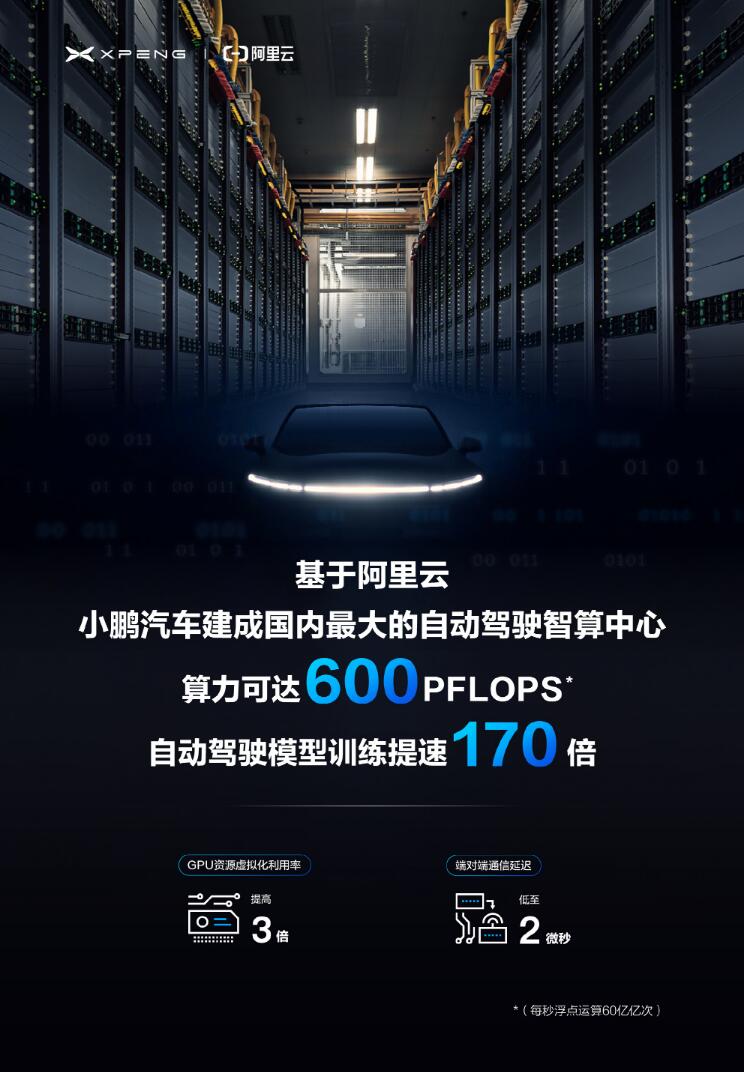 Separately, according to a report by China National Radio, the computing center is a node of China's regional data center cluster project located in Inner Mongolia and built by XPeng and Alibaba.

Building a computing center in western China to serve the eastern region will help optimize resource allocation and improve the efficiency of computing resources, according to the report.

Thanks to its unique location and climate, Ulanqab has become the choice of many companies to build data centers, with 12 large data centers for companies including Alibaba and Apple, the report said.

With the completion of the computing center of XPeng, the dramatic increase in the speed of its model training will give a strong boost to the development of autonomous driving technology, said the report by China National Radio.

"Fuyao" is also a greener, low-carbon computing center that uses green technologies such as air cooling, AI temperature regulation, modular design, and an annual average PUE (power usage effectiveness) of less than 1.2, according to the report.

PUE is an indicator used to measure the energy efficiency of data centers, and the lower the number, the better. The average PUE of China's data centers in 2021 was 1.49, according to a report by the China Data Center Committee.

XPeng, one of China's most aggressive explorers in the smart driving space, will explore its Robotaxi business in the second half of 2022 to accelerate the commercialization of smart driving technology, its chairman and CEO He Xiaopeng said in a conference call after announcing third-quarter earnings last November 23.

XPeng's strategic goal is to improve the robustness and safety of autonomous driving algorithms through generalized scenarios in the short term, the company said at the time.

The company also plans to get its City NGP assisted driving feature into service this year, subject to regulatory approval.