LG Energy Solution ranked second with a 14.4 percent share and BYD ranked third with an 11.8 percent share, according to SNE Research. 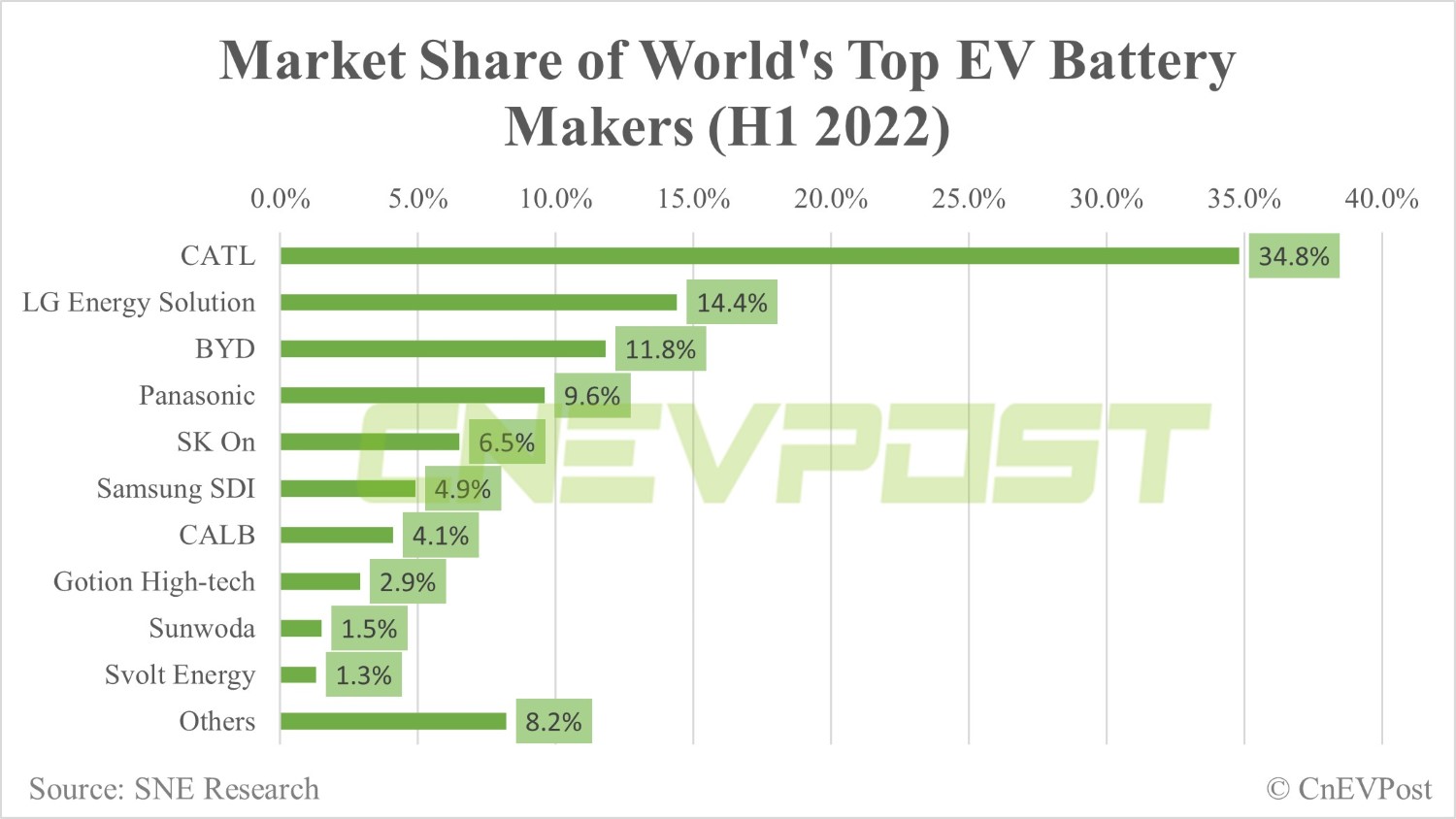 The global electric vehicle battery installed base in the first half of this year was 203.4 GWh, with Chinese power battery giant CATL contributing 70.9 GWh, according to a report released today by South Korean market research firm SNE Research.

This gave CATL 34.8 percent of the global power battery market in the first half, up 6.2 percentage points from 28.6 percent in the same period last year.

South Korea's LG Energy Solution ranked second with a 14.4 percent share, down from 23.8 percent in the year-ago period, according to SNE Research.

China's BYD ranked third with an 11.8 percent share, up 5 percentage points from 6.8 percent a year ago.

Japan's Panasonic ranked fourth with a 9.6 percent share, down from 15 percent a year ago.

From seventh to tenth place are Chinese companies, including CALB with 4.1 percent, Gotion High-tech with 2.9 percent, Sunwoda with 1.5 percent and Svolt Energy with 1.3 percent.

In China, companies including CATL and BYD led the market growth, with CALB and the other top 10 Chinese companies showing high triple-digit growth rates, the SNE Research report noted.

On the other hand, most Japanese companies, including Panasonic, had growth rates below the market average and continued to decline, the report said.

Notably, CATL's position as the world's largest power cell manufacturer appears to be continuing to strengthen.

This is the first time Kia has installed Chinese-made batteries in a family vehicle, the report noted, adding that no financial or volume terms of the battery deal were disclosed.

On June 23, Chinese media Cailian quoted CATL sources as saying the report was true, without revealing any further information.