July is a slow month for China's auto market, and a preliminary CPCA forecast shows that China's July auto sales will be about 15 percent lower than in June. 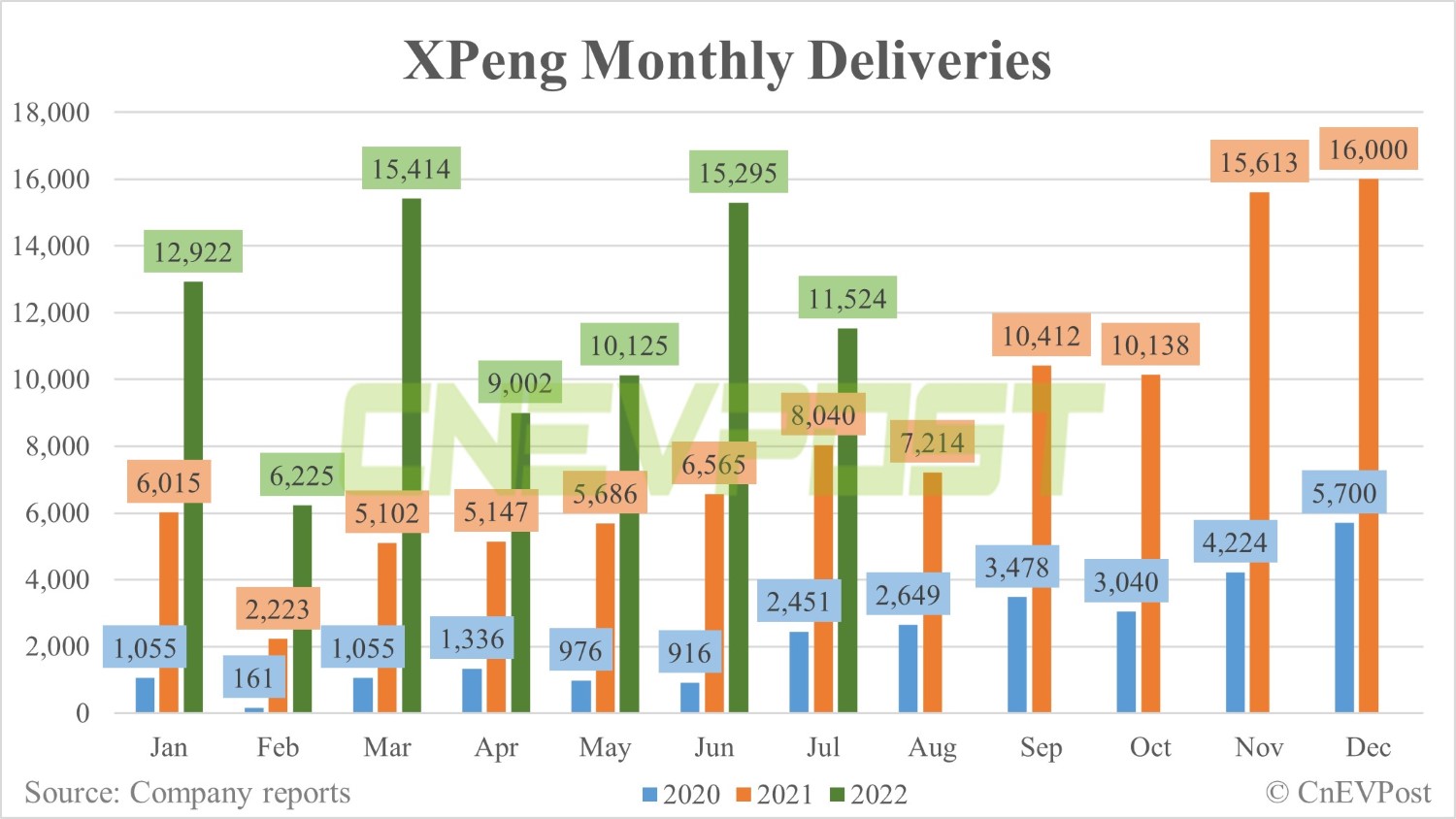 By the end of July, XPeng's cumulative deliveries reached nearly 220,000 units, it said.

In August, XPeng plans to start accepting reservations for its new flagship G9 SUV followed by an official launch in September, the company said today.

Chedongxi's research shows that XPeng was offering consumers significant discounts in its offline stores in July, but the prices shown on its official website remain unchanged.

XPeng was facing difficulties with sales growth not catching up with capacity increases and a decline in overall sales of new energy vehicles in China in July, which is the main reason the company is offering discounts, Chedongxi's report said.

Notably, July is usually a slow month for the Chinese auto market, and this year's unusually hot weather was also potentially affecting sales.

China's new energy vehicle sales in June exceeded expectations and hit a record high, but the market has recently begun to worry about weakening demand in the first two weeks of July, local brokerage CICC said in a research note earlier last month.

Based on preliminary estimates, China's July retail sales of new energy vehicles are expected to be around 450,000 units, up 102.5 percent year on year, the China Passenger Car Association (CPCA) said in a report released July 22.

If CPCA's preliminary estimates are accurate, it would mean that China's retail sales of new energy vehicles would be about 15 percent lower in July than in June.