The NIO brand will not launch a model less expensive than the ET5 or a two-door sports car, but it will launch a model 'with character' next year, according to William Li.

NIO founder, chairman and CEO William Li has hinted that the company will launch a model with a different form factor from the current models next year, the first clue about a new product that could be announced on NIO Day 2022.

The NIO brand won't launch a less expensive model than the ET5 or a production two-door sports car, but it will launch a model "with character" next year, Li said in a face-to-face exchange with a few NIO vehicle owners on Sunday, according to Weibo blogger @碳粉说电池不胖.

The transcript of the exchange shared by the blogger did not provide any more information about the model, though several other Weibo bloggers who reposted the information speculated that the model could be a shooting brake version of the ET5.

NIO usually holds the annual NIO Day event at the end of each year or at the beginning of the following year to unveil new models and technologies.

The company is preparing for the NIO Day 2022 event and has already confirmed 10 shortlisted cities, including Guangzhou, Hefei and Hangzhou.

Notably, rumors have been circulating on Chinese social media that NIO may launch a shooting brake version of the ET5.

Weibo car blogger @肉肉爸比ev said on May 1 that NIO may be planning two other new cars - the EC7 and a shooting brake version of the ET5.

According to the blogger, the EC7 may be NIO's best-looking model, while a shooting brake version of the ET5 may be related to NIO's expansion in overseas markets. 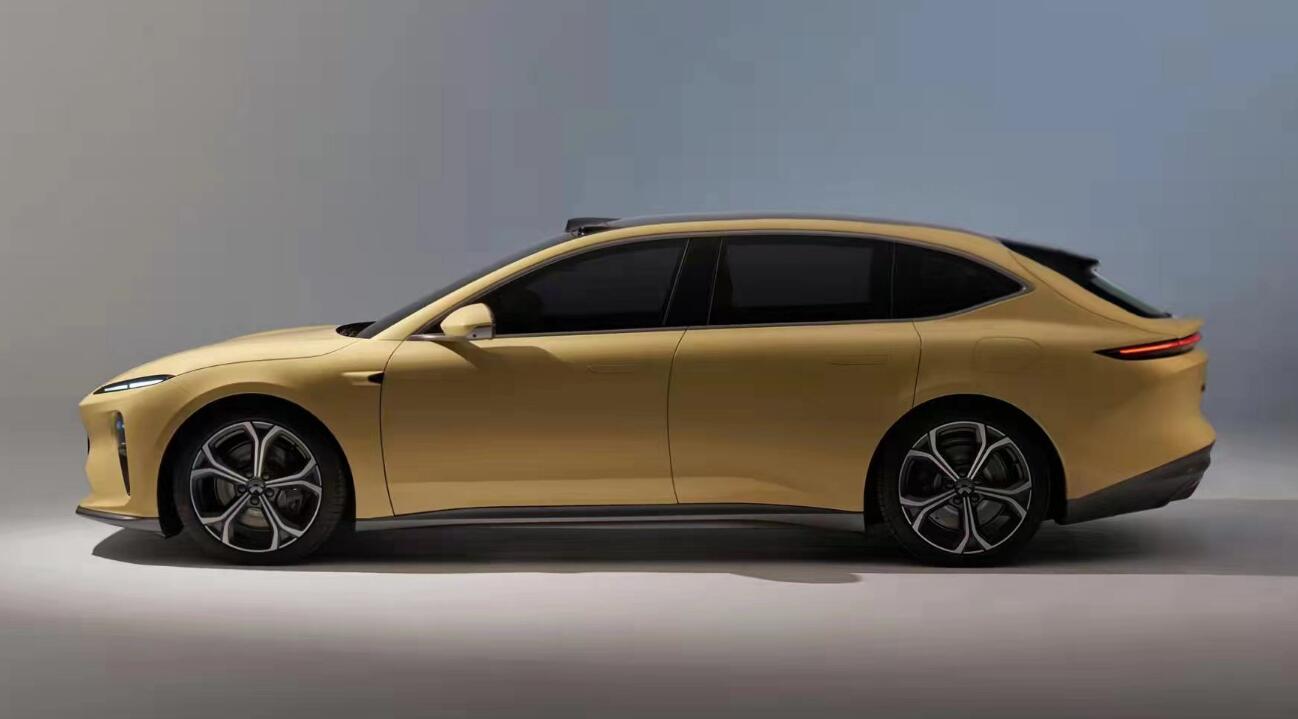 (A hypothetical drawing of the shooting brake version of the ET5. Image credit: @肉肉爸比ev)

Q4 will see a leap forward

Back to Li's interaction with vehicle owners on Sunday, he also mentioned that August will be the toughest and most complicated month for NIO.

In August, NIO has three generations of systems to maintain and an internal organizational structure to adjust, but it will see the light of day, Li said, adding that the company will see a step up in the fourth quarter of this year.

NIO's cars have been selling well recently, and the existing SUVs - the ES8, ES6 and EC6 - are very competitive compared to their class, and some of the show cars at the NIO Houses were ordered, Li said.

NIO usually thinks long-term about the future and invests heavily to create the ability to serve multi-brand and multi-country customers, according to Li.

The NIO ES8 sells about 100 units a month in Norway, compared to 14 units of the Audi Q7. European customers are looking forward to NIO's models and internal combustion engine cars are not popular anymore, according to Li.

Orders for the NIO ES7 are growing every day and the model is overwhelming the competition on its strength, he said.

NIO will launch a new brand to serve a new group of customers for whom the company's battery swap stations are available, but the packs will not be universal, according to Li.

He also mentioned the upcoming mass-produced 150 kWh semi-solid-state battery pack, saying that the cost of the pack is so high that the company prefers to offer it to customers on a weekly basis for rent.

Notably, a July 29 report by local media outlet LatePost cited sources close to NIO as saying that the semi-solid-state batteries purchased by the company NIO from its supplier, Beijing WeLion New Energy Technology, were not significantly more expensive than the existing liquid batteries.