A Tesla owner, after a drunk driving accident, said he was sitting in the passenger seat and the vehicle was driven by itself. 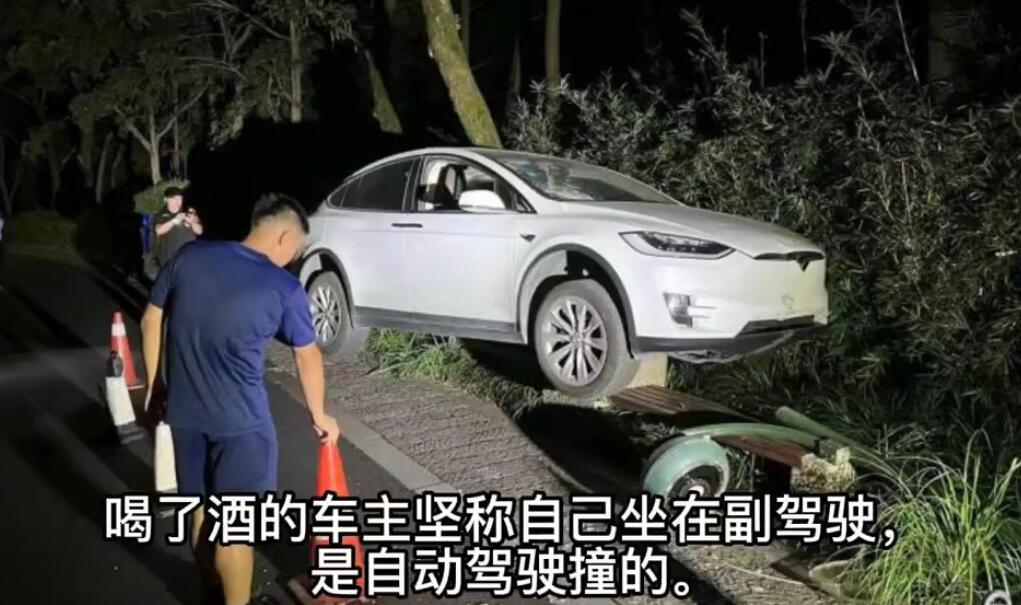 A Tesla owner tried to blame the assisted driving feature after a drunk driving accident, but that got a rebuttal from Tesla.

At around 10:10 pm on July 29, a white Tesla SUV crashed into a roadside streetlight pole near the Xixi Wetland Scenic Area in Hangzhou, Zhejiang province, the local Qianjiang Evening News reported today.

The accident occurred next to a local fire station, so firefighters arrived at the scene of the accident before the traffic police did and confirmed that the vehicle was not at risk of catching fire.

After the traffic police arrived, the male Tesla owner denied that he drove himself into the accident.

"No, no, I wasn't driving, the vehicle drove itself," the owner said, adding that he was sitting in the passenger seat and using the vehicle's autopilot feature.

The owner said he had been drinking before driving and had booked a chauffeur service, but the driver was at another gate in the scenic area to the north, making it difficult to find him within a short time.

"I thought I have a self-driving feature in this car, so I used that feature to move the car to the north gate. I didn't expect to have an accident just a short time after I drove out," the driver said.

But the claim was quickly denied by Tesla staff.

The exact name of Tesla's function is "automatic assisted driving", the driver must sit in the driver's seat to use the function, Qianjiang Evening News quoted Tesla's staff as saying.

Chinese law prohibits driving after drinking alcohol, and violators are subject to a six-month driver's license suspension and a fine of up to 2,000 yuan ($300).

The Tesla owner's claim has also been refuted by some other owners.

Tesla's vehicles must first be in motion and reach a certain speed if they are to enter assisted driving mode, and it is impossible for a driver to achieve this if he is sitting in the passenger seat, the report quoted one owner as saying.

"The car has gravity sensing on the seats and steering wheel, and if the system notices the loss of gravity, the car will automatically exit the auto-assisted driving feature," another Tesla owner said.

It's worth noting that there have been many previous cases of driver abuse of the assisted driving feature, with the latest one appearing a week ago.

A Tesla user not only took his hands off the wheel while driving on the highway, but used a board to completely block the view ahead, according to a video shared by a user of the Chinese Tesla user community, Xiaote, on July 24.

The video, which appears to have been taken by an owner inside the vehicle, shows the vehicle was traveling at 90 kilometers per hour on the highway.