Gotion's GDRs will be officially listed on the SIX Swiss Exchange on July 28 Zurich time.

Gotion has priced its Swiss GDR offering at $30 each for 22,833,400, raising gross proceeds of about $685 million, according to an exchange announcement today.

The company expects the GDRs to be officially listed on the SIX Swiss Exchange on July 28 Zurich time, said Gotion, which is listed in Shenzhen.

Each GDR represents five shares of the company's A-shares, and the offering price is at the lower end of a range of $30 to $30.28.

As the underlying asset for these GDRs, the additional shares of Gotion in A-shares are also expected to be officially listed on July 28, according to another announcement.

Gotion disclosed the GDR issuance plan in an exchange announcement on March 16, saying that the company is at a critical stage in its internationalization strategy as the new energy industry enters a period of rapid development with countries around the world setting carbon-neutral goals.

In June, Gotion ranked fifth in China's power battery installed base with a 4.94 percent share, according to the CABIA. CATL ranked first with a 49.6 percent share in June, and BYD ranked second with an 18.53 percent share.

At press time, Gotion's stock traded in Shenzhen was down 0.57 percent to RMB 41.76, it is up about 26 percent in the past two months. 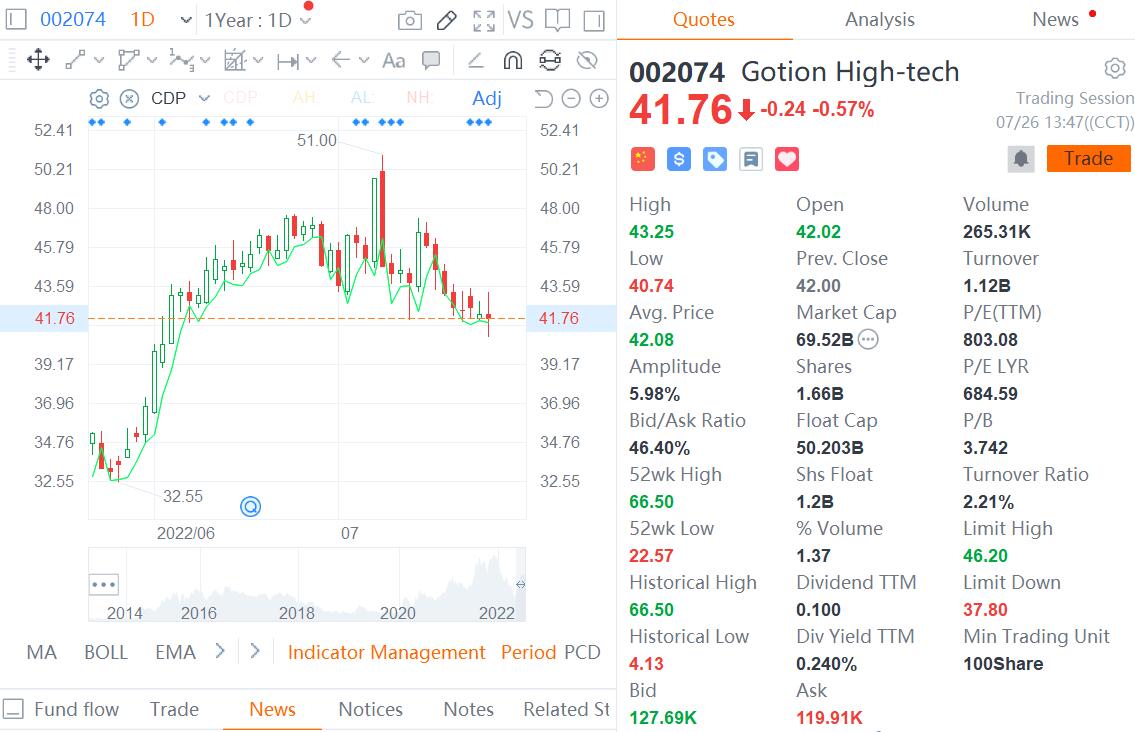