Shanghai, home of Tesla's factory in China, is the city where the Model 3 and Model Y are selling the most.

Tesla is one of the most popular electric vehicle brands in China, and the latest data gives us a glimpse into which cities its models are primarily sold to.

In the first half of the year, Tesla sold 64,246 Model 3 sedans and 133,975 Model Y SUVs to Chinese consumers, according to data shared today by local automotive media outlet Gasgoo.

Gasgoo didn't specify, but the numbers are supposed to refer to retail sales, which are slightly different from the wholesale numbers published each month by the China Passenger Car Association (CPCA).

For the Model 3, Shanghai was the highest-selling city for the model in the first half of the year, with 5,658 units. Shenzhen and Hangzhou came in second and third with 4,332 and 4,272 units respectively. 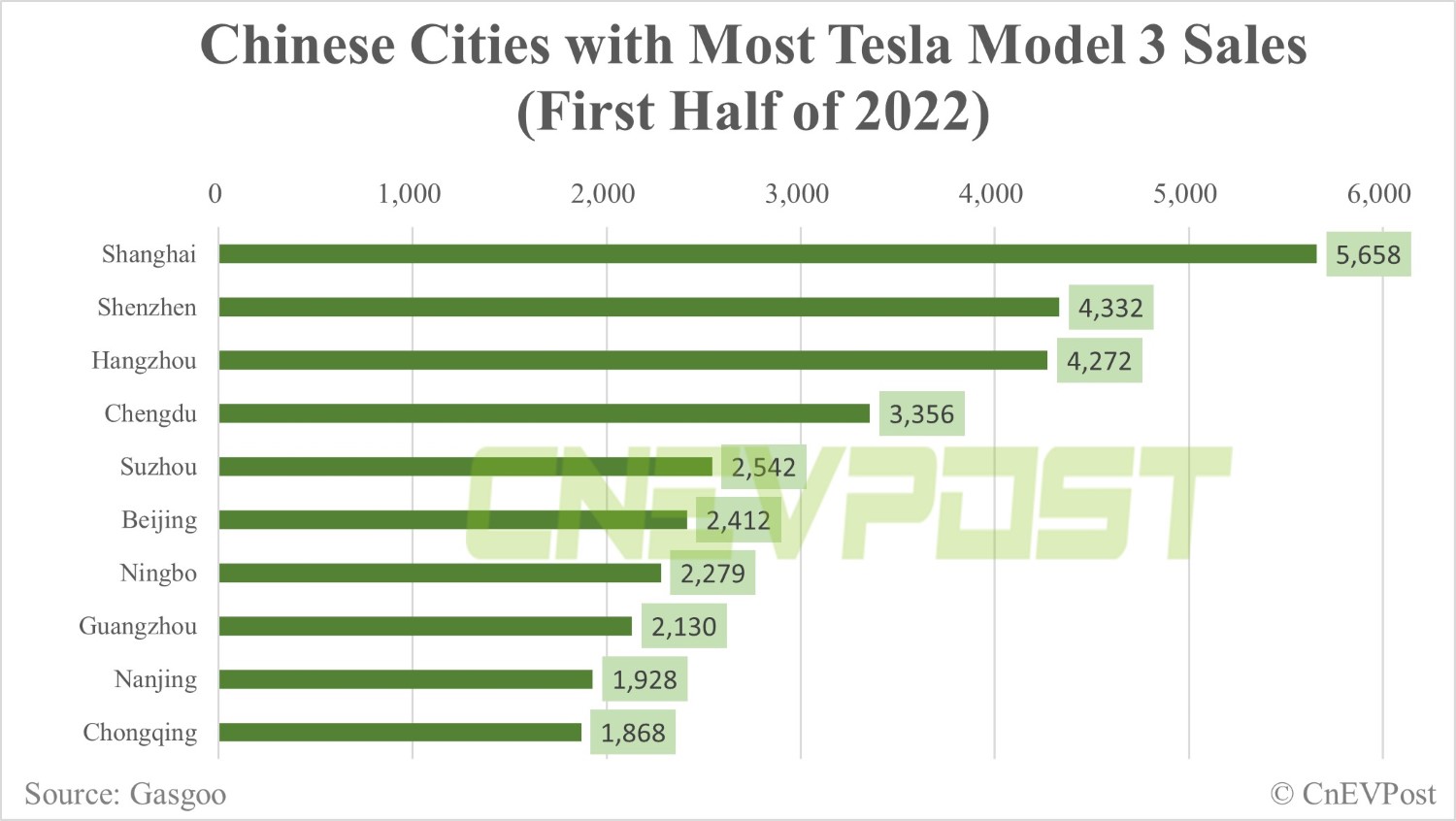 Shanghai was also the highest selling city for the Model Y, with 12,345 units in the first half. Shenzhen and Hangzhou ranked second and third with 8,129 and 7,435 units, respectively. 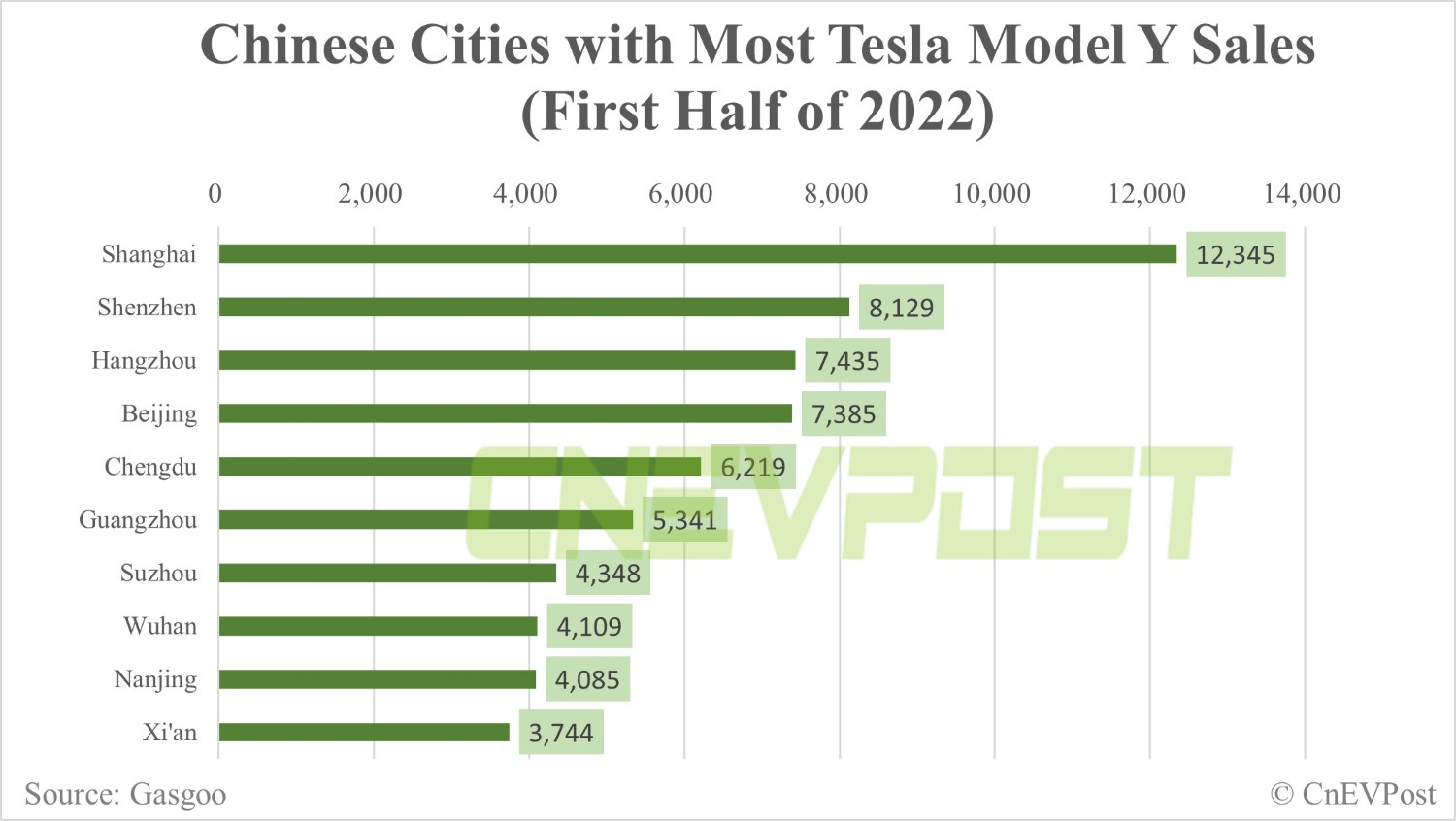 As background, Tesla's factory in China is located in Shanghai's Pudong New Area and produces the Model 3 and Model Y. The plant now has an annual capacity of more than 750,000 units, making it Tesla's largest factory, according to the company's earnings report released last week.

Consumers who want to get a license plate for a regular internal combustion engine car in Shanghai, on the other hand, will have to spend more than 90,000 yuan to participate in a bidding process and have less than a 10 percent chance of winning.

Starting in 2023, plug-in hybrids will not be eligible for free NEV licenses in Shanghai, according to the city's previous plans.

Besides Shanghai, restrictions on car purchases exist in other major Chinese cities to ease traffic congestion.

Shenzhen and Hangzhou both have restrictions on the purchase of internal combustion engine vehicles, although consumers can get free license plates for NEVs.