While fossil fuel giants, including Sinopec Group, are transforming gas stations, a new plan from Beijing mentions something slightly surprising in relation to this.

Beijing will make an orderly transition of gas stations to charging stations and battery swap stations, in its core areas as China's capital, according to the city's power development plan for the period 2021-2025, released Friday by the Beijing Municipal Commission of Urban Management.

The document does not provide more information on the goals of the transition, but mentions that Beijing aims to have 700,000 charging piles and 310 battery swap stations by 2025, with an average service radius of less than 3 kilometers for public charging facilities for electric vehicles in plain areas.

For context, as of June, China had 1.53 million public charging piles, with 103,002 in Beijing, according to information released earlier this month by the China Electric Vehicle Charging Infrastructure Promotion Alliance (EVCIPA). 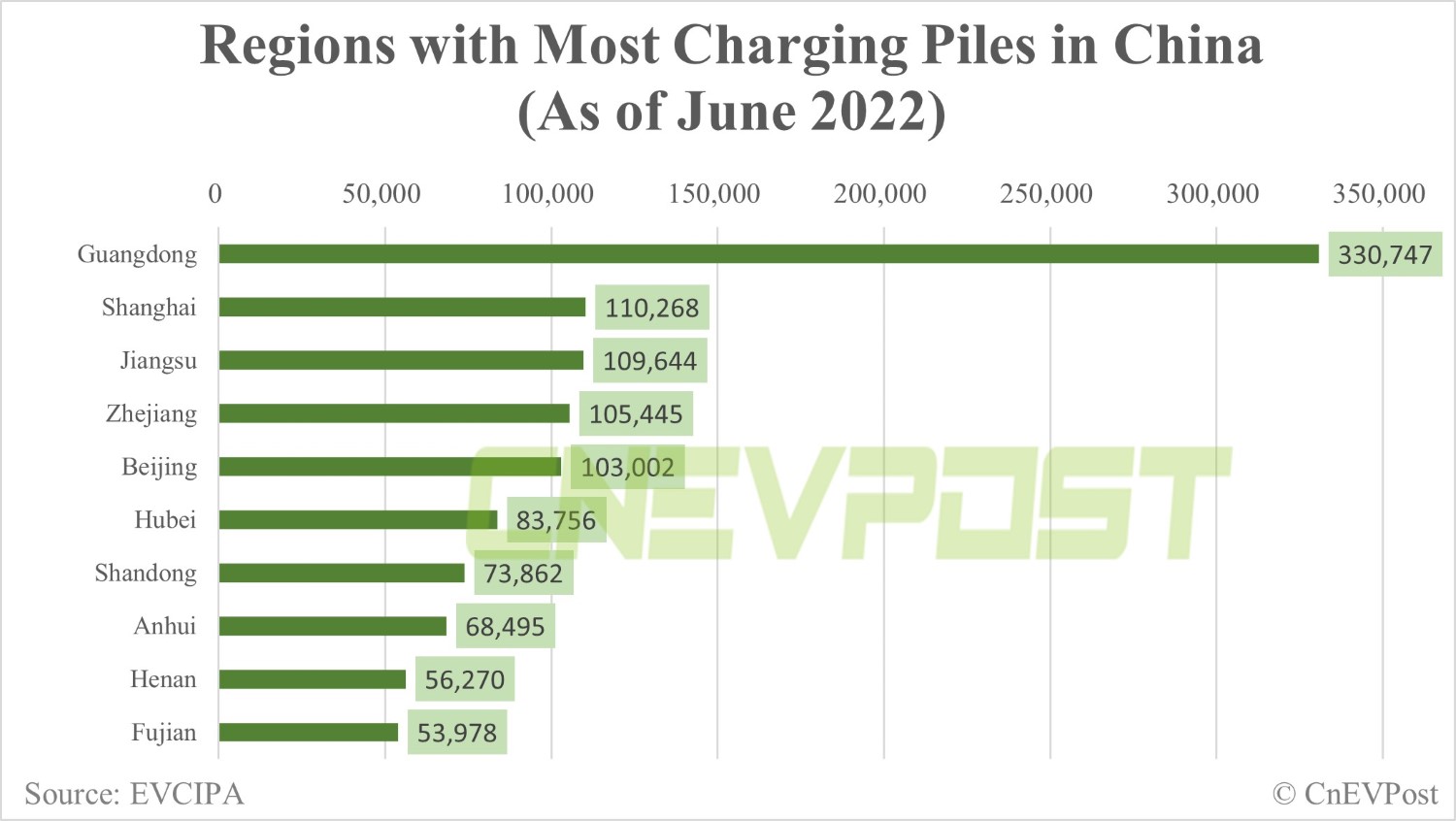 The number of battery swap stations in China was 1,582, with Beijing having the most at 272, according to the EVCIPA. 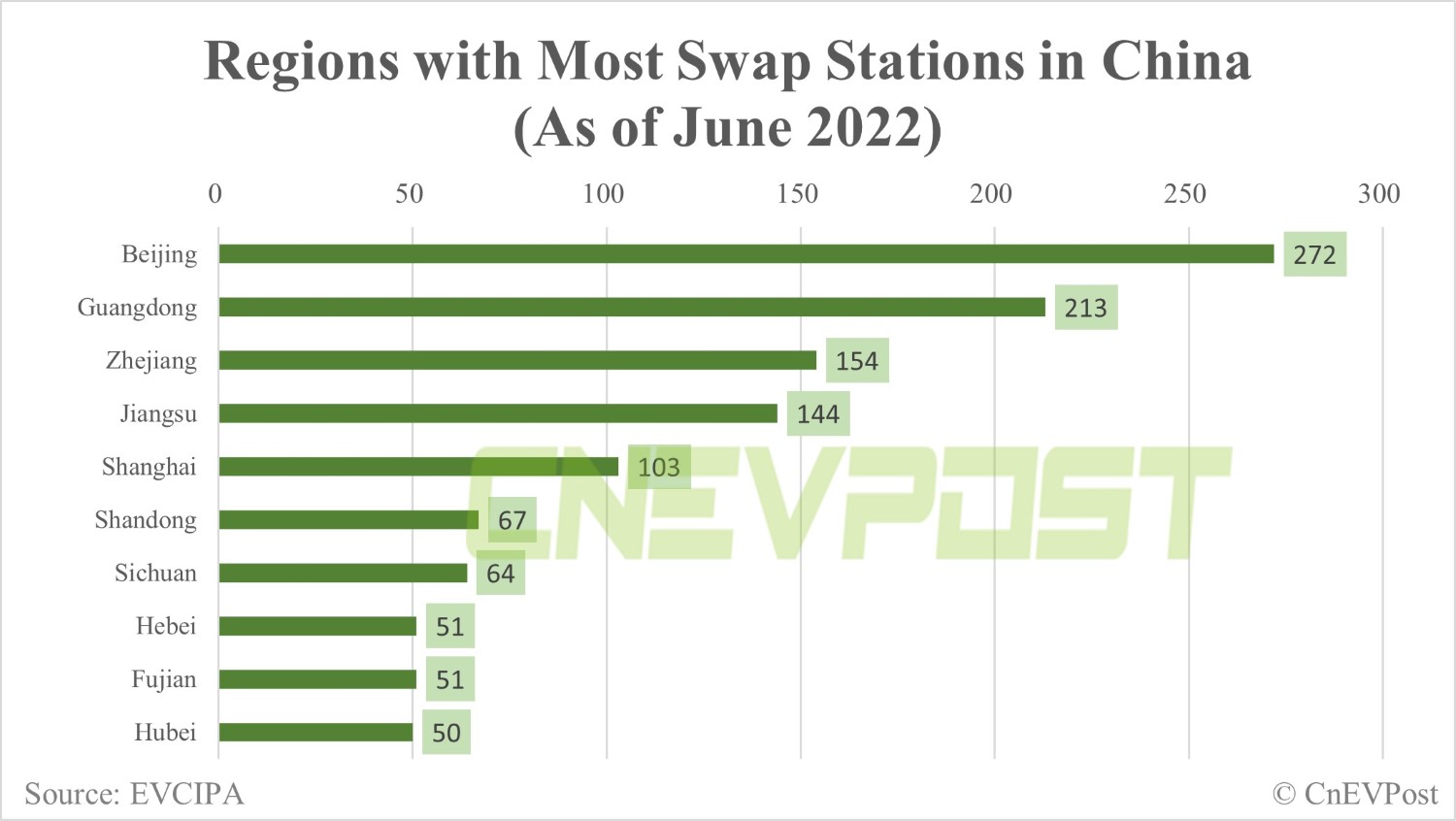 As of the end of June, NIO had the most battery swap stations in China with 1,024, followed by Aulton New Energy with 450 and Hangzhou Botan Technology with 108, according to the data.

As of today, Shanghai and Beijing are the cities with the most NIO battery swap stations, 76 and 75 respectively, according to data monitored by CnEVPost.

On July 17, NIO reached a cumulative total of one million battery swap services in Beijing, information shared by the company on its mobile app showed.

Back to Beijing's latest plan, the city will also explore using the energy storage capabilities of facilities including 5G base stations, charging stations, and battery swap stations to be able to help reduce the grid's maximum electricity load by 3-5 percent by 2025.

Beijing will also build charging demonstration zones in suburban areas to build a public charging infrastructure network to meet the electric vehicle charging needs of residents and visitors in rural areas, according to the plan.

In fact, the fossil fuel giants have already started to work on promoting the transformation of gas stations to charging stations and battery swap stations.

On April 15 last year, NIO entered into a strategic partnership with Sinopec to jointly build battery swap stations in China.

Sinopec is the largest supplier of refined petroleum products and petrochemicals in China, with more than 30,000 gas stations, the second largest in the world. The company was ranked No. 1 on the Fortune 500 list of China's top publicly traded companies released earlier this month.

Sinopec Chairman Zhang Yuzhuo said last year that the company was accelerating its transformation into an integrated energy service provider, with plans to reach 5,000 charging stations and battery swap stations by 2025.

On April 15 this year, the first anniversary of their cooperation, NIO said that the number of battery swap stations and charging stations built in cooperation with Sinopec reached 175.

On July 20, Sinopec's first battery swap station for heavy trucks was put into operation in Yibin, Sichuan province, southwest China, which can automatically change the batteries for vehicles within 3 minutes and has a maximum daily service capacity of 168 times.

In addition to Sinopec, NIO also announced on November 24 last year the opening of two battery swap stations in Shaanxi province in Northwest China, built jointly with another local fossil fuel giant CNPC, marking a major milestone in the construction of its energy replenishment network.