Didi had a total of 16 violations and also engaged in data processing activities that seriously affected China's national security, according to an announcement. 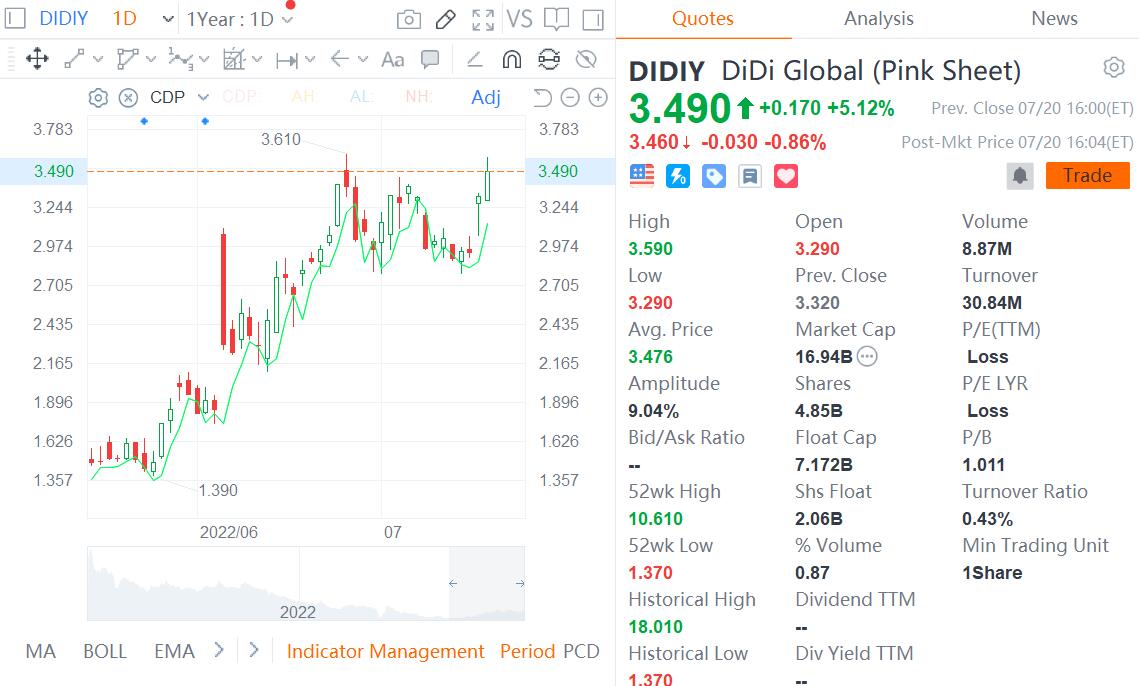 Didi was found to have violated China's Cybersecurity Law, Data Security Law, and Personal Information Protection Law, and the Cyberspace Administration of China (CAC) fined the company RMB 8.026 billion ($1.2 billion), according to an announcement posted on the CAC's website today.

Didi chairman and CEO Cheng Wei and president Liu Qing were also fined RMB 1 million each, according to the announcement.

Didi also had other violations such as data processing activities that seriously affected national security, and refusal to comply with explicit requests from regulators to evade supervision.

The company's illegal and non-compliant operations posed serious security risk potential to the security of the country's critical information infrastructure and data security, a Q&A from the CAC said.

But just two days later, on July 2, 2021, the CAC said in an announcement that it was implementing a cybersecurity review of Didi to prevent national data security risks.

Didi spent its last trading day on the NYSE on Friday, June 10, closing with a share price of $2.29, down 86 percent from its IPO.

Beginning Monday, June 13, Didi was moved to the Pink Sheets market for over-the-counter trading in the US under the symbol DIDIY.

The Wall Street Journal reported earlier this week that after Didi's penalty was announced the government planned to ease a previous ban on Didi from adding new users to its platform and allow the company's mobile app to revert to the domestic app stores.

The fine will also pave the way for Didi to launch a new stock listing in Hong Kong, according to the report.