Sinopec aims to reach 5,000 charging and battery swap stations by 2025. 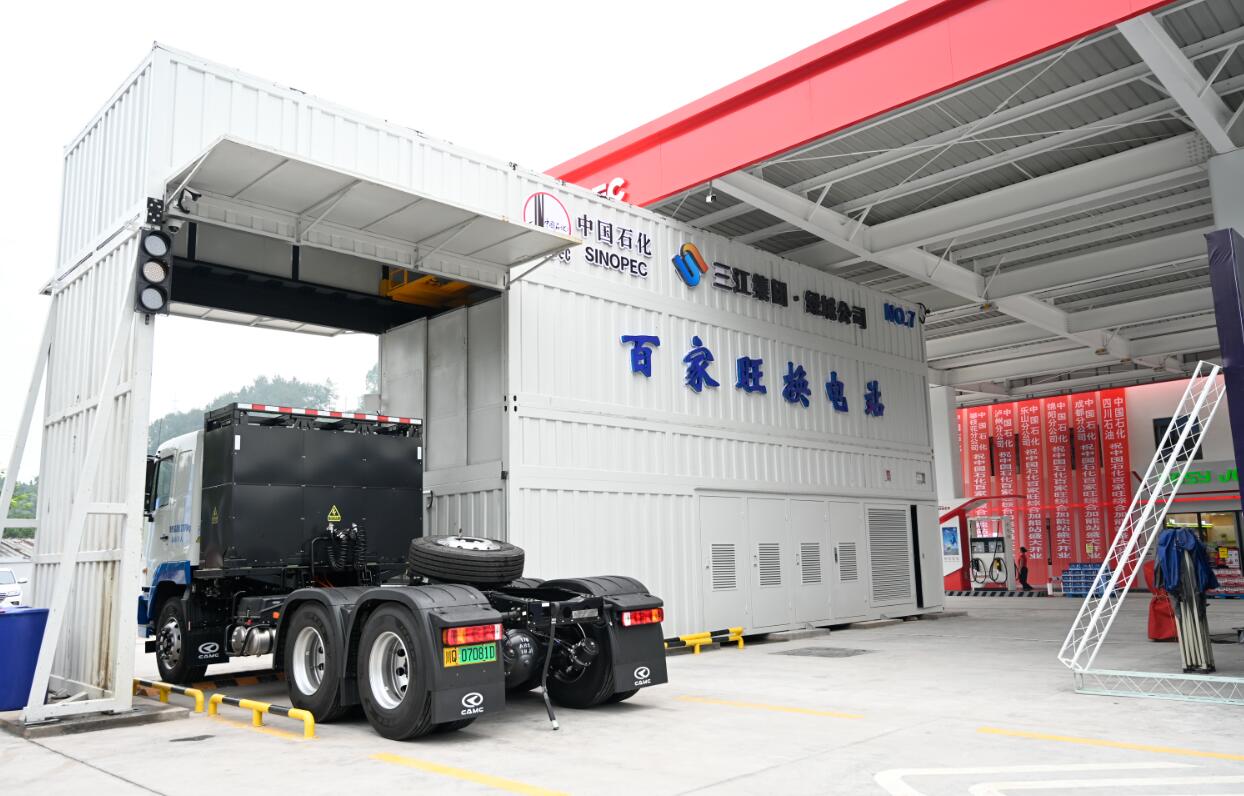 Sinopec's first battery swap station for heavy trucks went into operation today in Yibin, Sichuan province in Southwest China, according to the company. 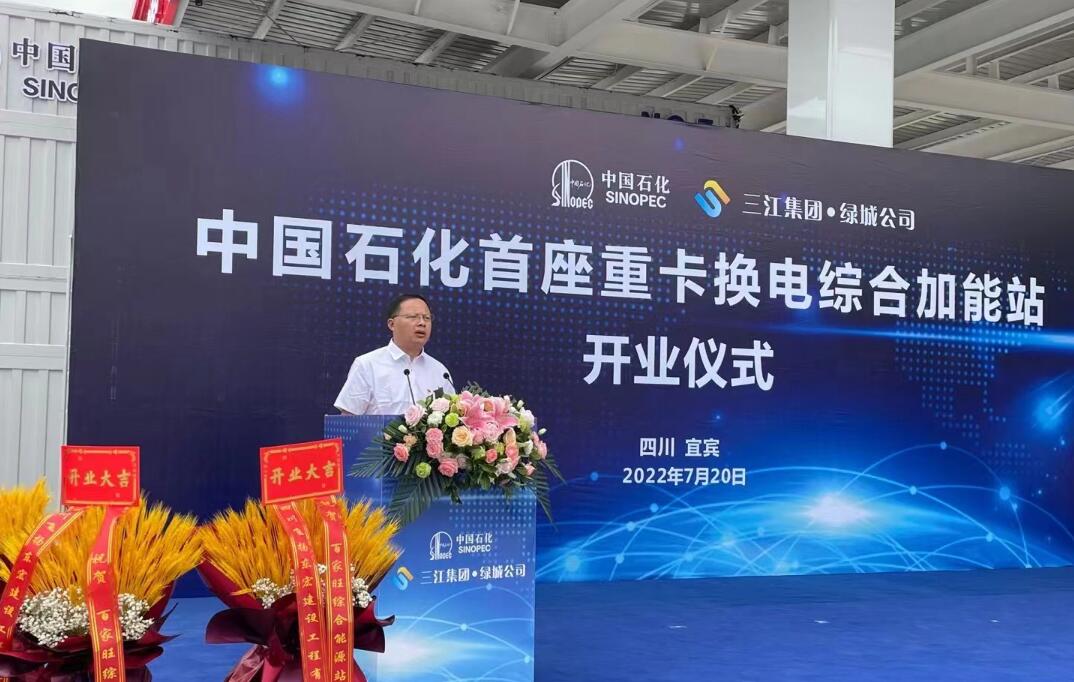 The battery swap station can automatically replace batteries for vehicles within three minutes, with a maximum capacity of 168 services per day, and is expected to reduce CO2 emissions by 3,550 tons per year.

This marks Sinopec's official entry into the battery swap segment for heavy trucks and is the latest step in its transformation into a comprehensive energy service provider, the company said.

The battery swap station is located in a Sinopec fueling station and replaces batteries from the top, rather than from the vehicle's chassis as is the case with NIO. 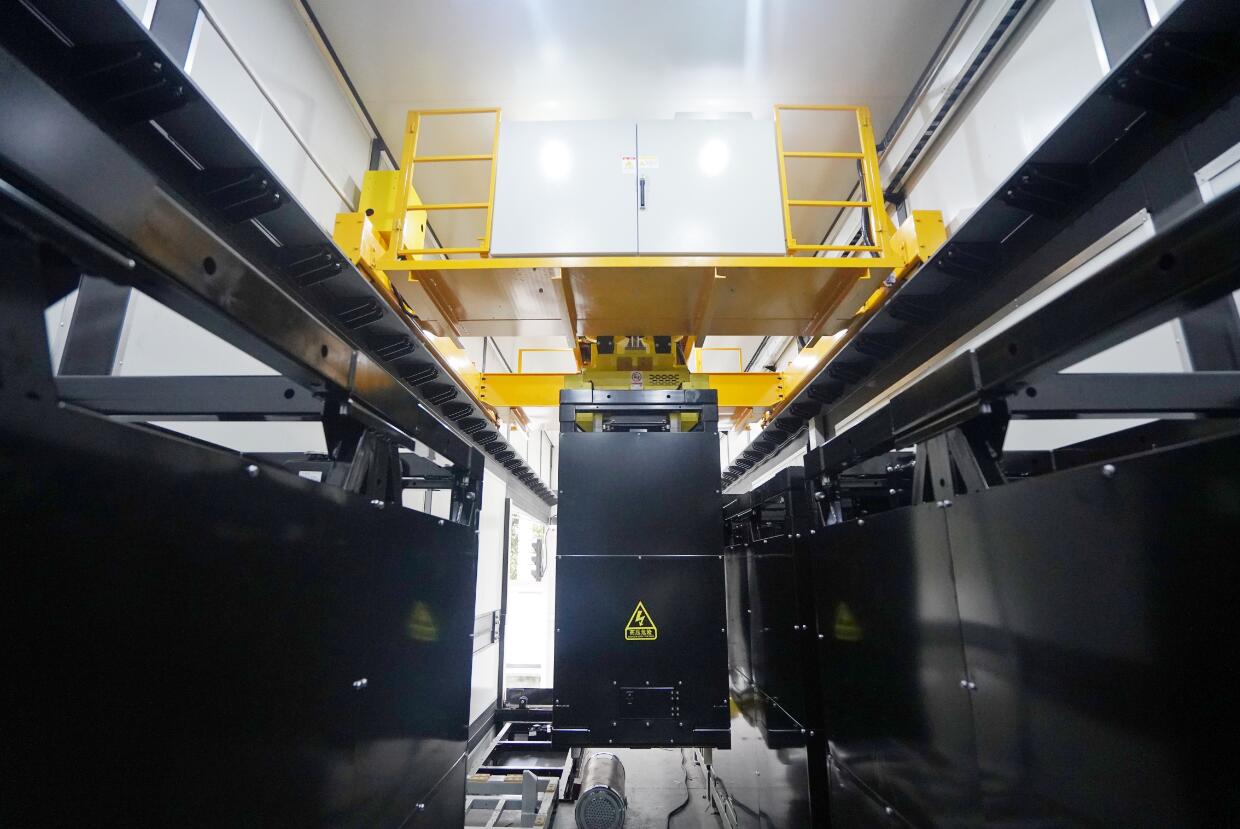 The station has seven power battery packs, each with a capacity of 282 kWh. Each battery pack can support vehicles for about 140 km and are compatible with engineering slag trucks, tractors, and delivery trucks.

Compared with traditional charging, battery swap model can effectively solve the problem of scarcity of charging spaces for heavy trucks and slow charging for large-capacity batteries, and is an effective solution for energy replenishment of electric heavy trucks, Sinopec said.

So far, Sinopec has built 100 battery swap stations and 1,513 charging stations, according to the company.

Sinopec is the largest supplier of refined petroleum products and petrochemicals, the second largest oil and gas producer in China and the world's number one refining company.

It has more than 30,000 gas stations, ranking second in the world. Sinopec was ranked No. 1 in the Fortune 500 list of China's top publicly traded companies, which was released earlier this week.

On April 15 last year, NIO and Sinopec entered into a strategic partnership to jointly build battery swap stations in China.

Sinopec Chairman Zhang Yuzhuo said last year that the company is accelerating its transformation into a comprehensive energy service provider and plans to reach 5,000 charging and battery swap stations by 2025.

On April 15 this year, the first anniversary of the partnership, NIO said that the number of battery swap stations and charging stations built with Sinopec reached 175.