XPeng is down 11 percent in the US this month, compared to NIO's 4 percent decline and Li Auto's 2 percent gain over the same period.

XPeng's US-traded shares fell 4.54 percent to $28.20 by Monday's close, bringing the cumulative decline so far this month to 11 percent.

By comparison, NIO and Li Auto were up 0.58 percent and 1.85 percent, respectively, in the US on Monday, although the latter entered the spotlight due to an air suspension failure in a Li L9 test car.

So far this month, NIO has accumulated a 4 percent decline in the US, while Li Auto is up 2 percent.

Performance of the three companies in Hong Kong showed a similar picture, with XPeng down 6 percent at press time, underperforming NIO's decline of 1.53 percent and Li Auto's flat performance. 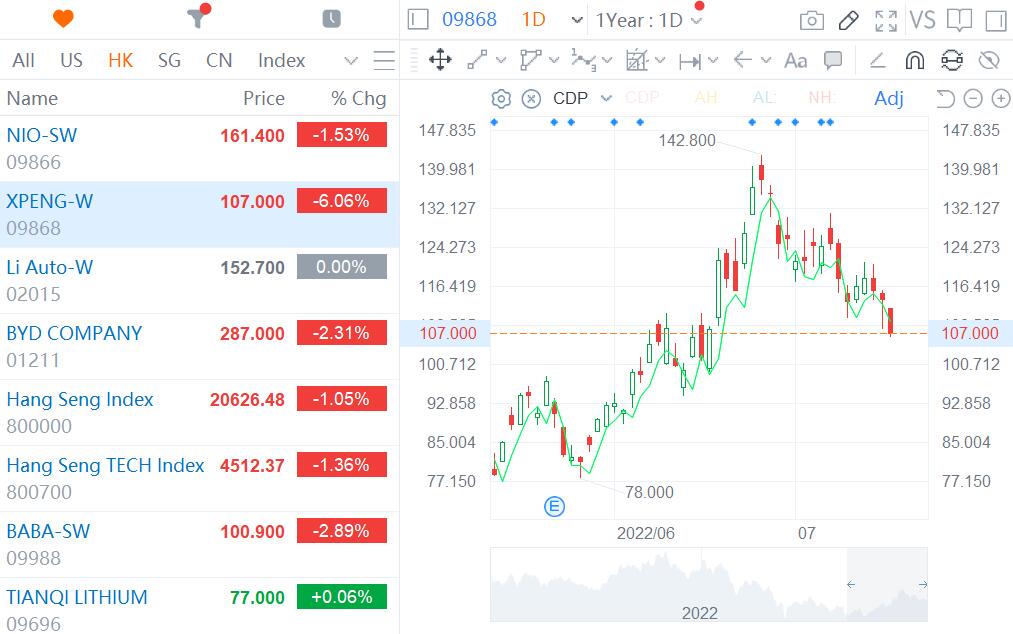 XPeng is down over 15 percent cumulatively in Hong Kong this month, while NIO is down 6 percent and Li Auto is essentially flat.

We have received several inquiries from investors from last night if there is any negative news about XPeng.

However, the answer is no, at least we have not seen any such information from the large number of public channels we monitor as of this writing.

On the contrary, the number of XPeng Hong Kong shares held by Chinese mainland investors through the mainland Hong Kong stock connect mechanism is still increasing.

As of July 18, mainland investors held 67,507,600 Hong Kong shares of XPeng through the mechanism, according to data from local financial services firm East Money.

So what's causing the weakening of broader XPeng investor sentiment?

We suspect that some large players have concerns that XPeng may have similar intentions after Li Auto announced plans to issue additional shares.

Li Auto announced on June 28 that it would sell up to a total of $2 billion in American Depositary Shares (ADSs) on the Nasdaq in an at-the-market share offering program.

NIO, for its part, announced a $2 billion at-the-market share offering plan on September 8 of last year and announced the completion of the plan on November 20.

Of the three companies, only XPeng has yet to announce a similar plan.

As of the end of the first quarter, NIO's cash and short-term investments amounted to RMB 53.3 billion, Li Auto RMB 51.2 billion and XPeng RMB 41.7 billion, according to the previously announced earnings reports.

In addition, there was no information this month about XPeng's highly anticipated G9 SUV, except for a July 8 regulatory filing that showed the model had received the green light to be sold in China.

Production of XPeng's G9 is moving forward as scheduled, and it will begin taking reservations in August, with an official launch in September, according to XPeng Chairman and CEO He Xiaopeng on June 29.

Li Auto's Li L9 is now allowing test drives and has received many positive reviews, although a test car with a broken suspension has raised high concerns.

NIO, for its part, appears to be moving forward with production of its new SUV, the ES7, as planned, with some vehicles already starting to appear in select cities.

Deliveries of the NIO ES7 are expected to begin on August 28, with show cars and test cars expected to start arriving at NIO stores in late July, the company previously said.

XPeng G9 to open for pre-order in August and officially launch in September, CEO says