Once the penalties are announced, the government plans to ease a previous ban on Didi from adding new users to its platform, according to the Wall Street Journal.

Such a fine would represent about 4 percent of Didi's total sales of $27.3 billion last year, capping a tumultuous year for the Chinese tech giant, the report said.

Once the penalty is announced, the government plans to ease an earlier ban on Didi adding new users to its platform and allow the company's mobile app to revert to the domestic app stores, according to the report.

The fine will also pave the way for Didi to launch a new stock listing in Hong Kong, according to the report.

On June 29, Kanzhun and Full Truck Alliance released statements saying they were allowed to re-open registration for new users.

Didi spent its last trading day on the New York Stock Exchange on Friday, June 10, closing at $2.29, down 86 percent from its IPO.

Starting Monday, June 13, Didi was moved to the Pink Sheets market for over-the-counter trading in the US under the symbol DIDIY.

As of yesterday's close, Didi was down 0.34 percent to $2.93 on the Pink Sheet market, though up about 94 percent in the past two months. 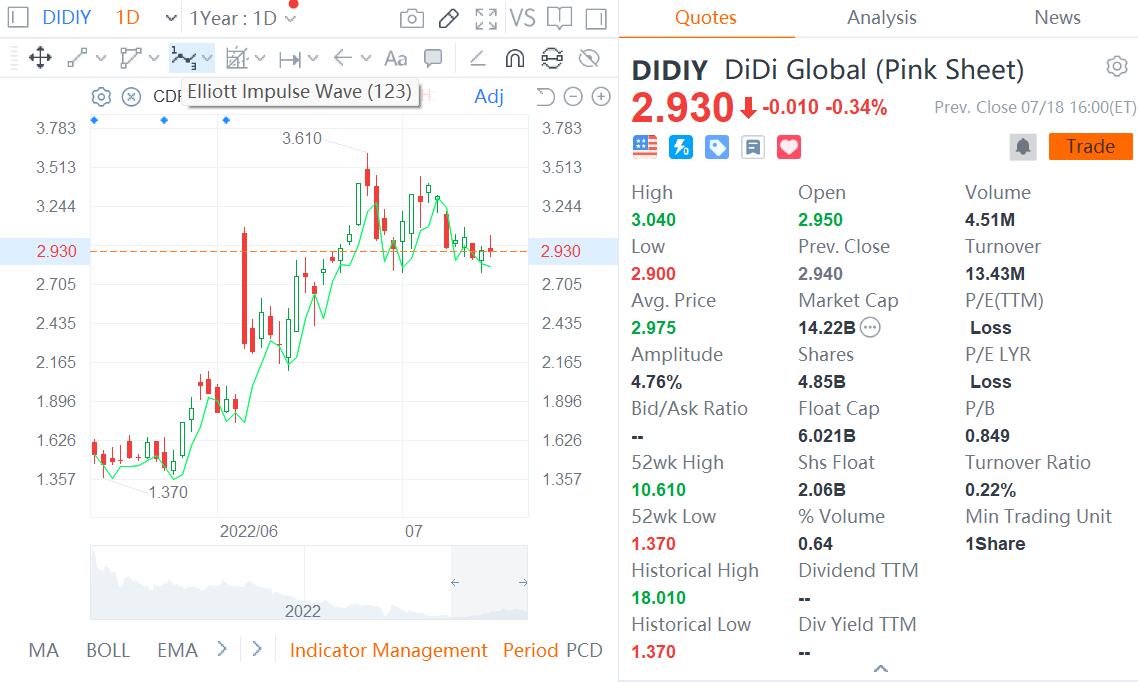 China First Automobile Group Corp, a state-owned automaker, is considering buying a large stake in Didi, Bloomberg said on May 27, citing people familiar with the matter.

FAW has already approached Didi's top executives and pledged to help Didi resolve issues related to data security and pave the way for a Hong Kong listing, according to the report.