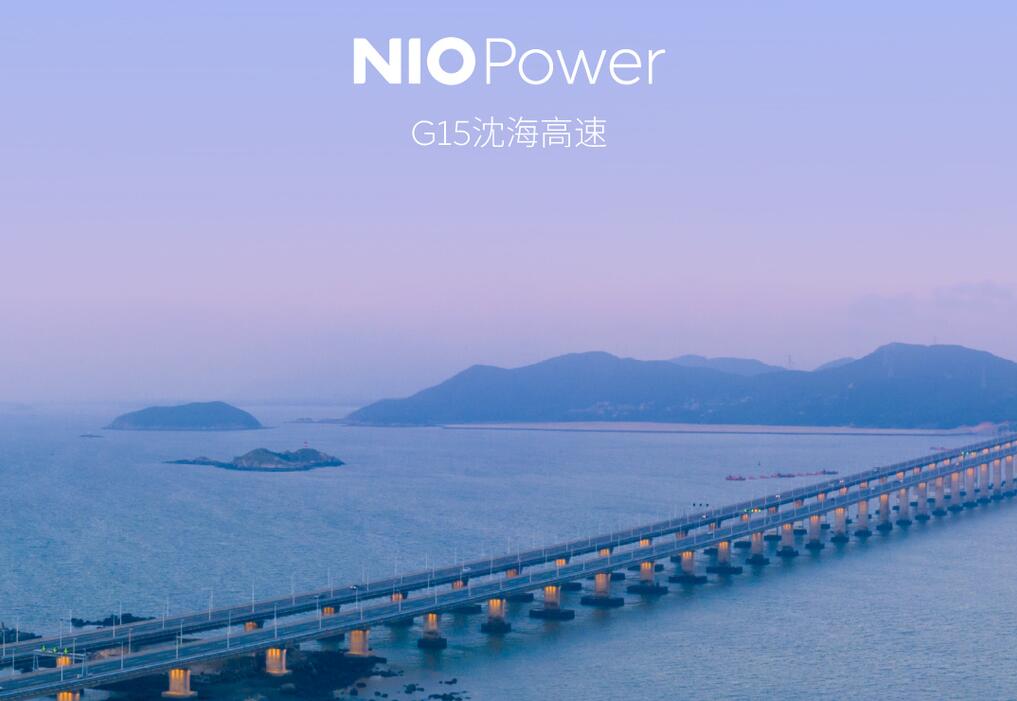 NIO's battery swap station network achieved coverage of the G15 Shenyang-Haikou Highway on June 22, the company announced today as it put into operation a station at a highway service area in Yancheng city, Jiangsu province.

The 3,710-kilometer highway connects numerous coastal cities in China and is one of the most important highways running north to south.

NIO has installed 36 battery swap stations along the highway, one every 115 kilometers on average. 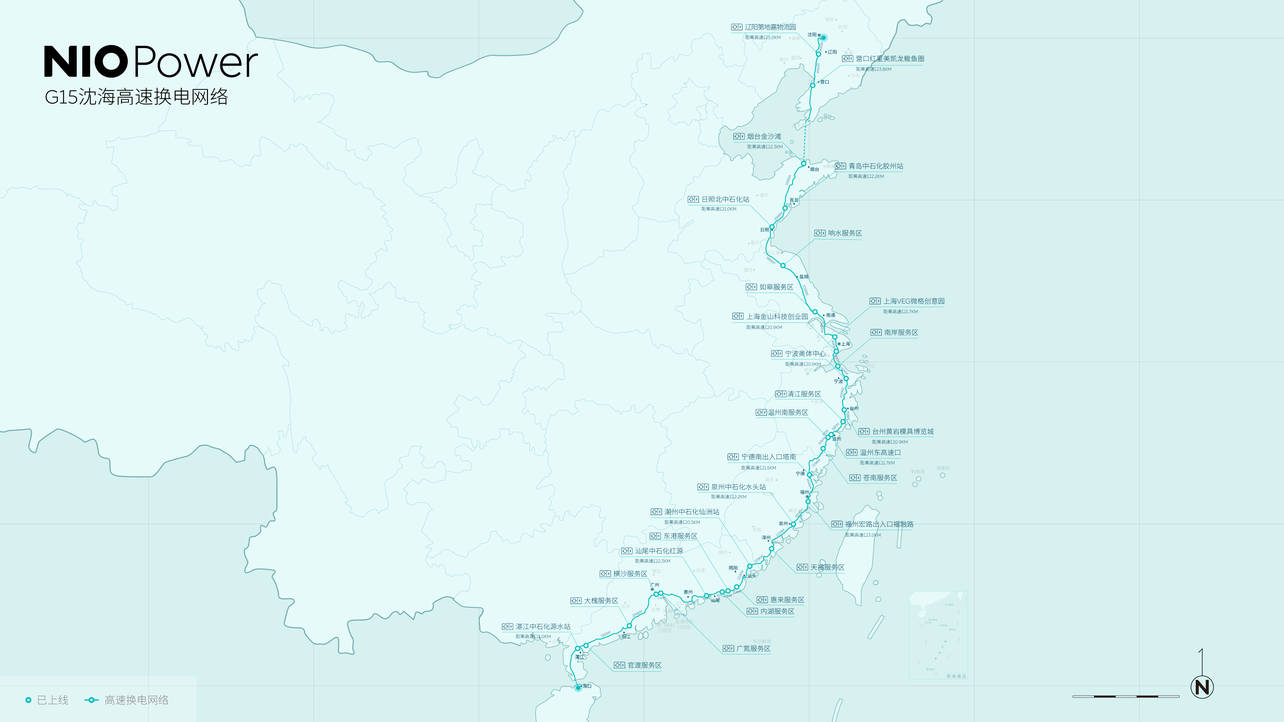 As of June 22, NIO has 985 battery swap stations in China, 252 of which are located along highways.