NIO surges over 11% in Hong Kong, market cap back to HK$300 billion

Shares of NIO (NYSE: NIO, HKG: 9866, SGX: NIO) traded in Hong Kong surged to a near three-month high in early trading on Monday, along with a general rise in electric vehicle (EV) stocks.

At press time, NIO was up 11.29 percent in Hong Kong, hitting a new high since April 6 and putting its market capitalization back above HK$300 billion. 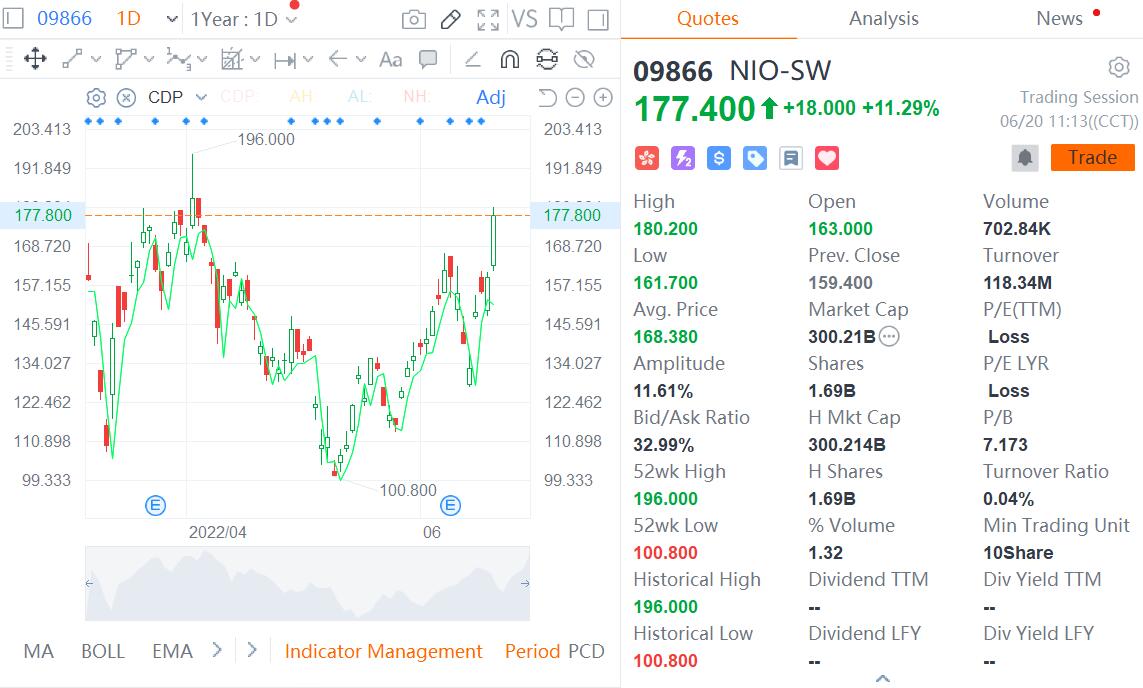 As of writing, NIO's shares traded in Singapore also rose 11.68 percent to a new high since its May 20 listing there. 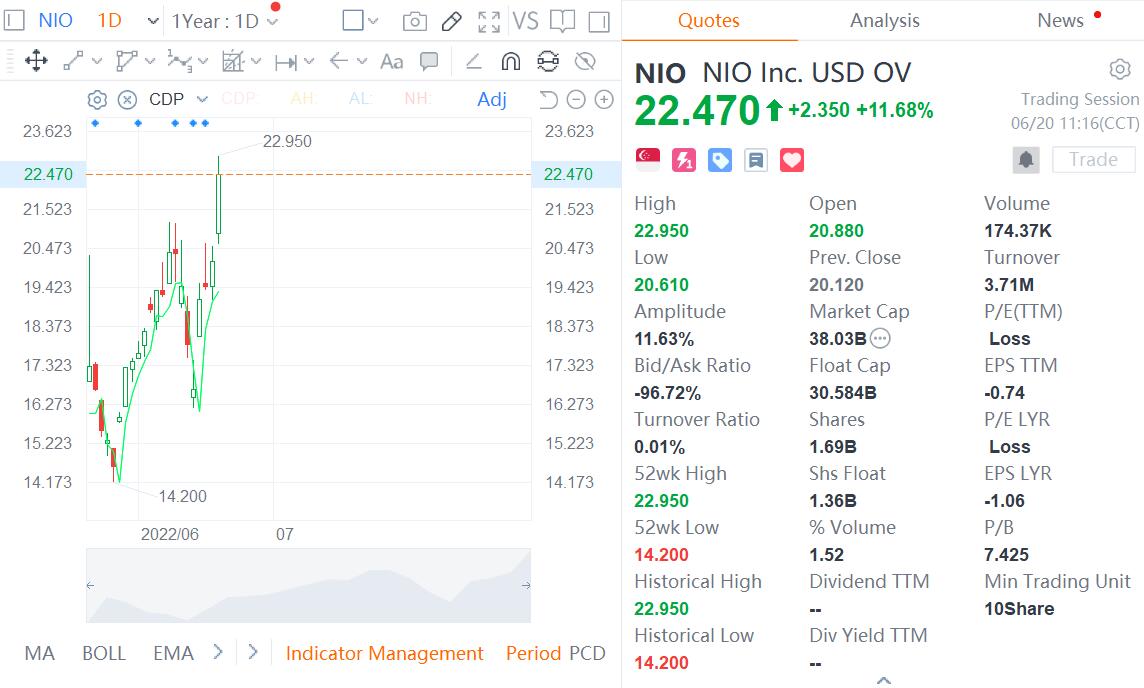 NIO launched the ES7, the first SUV based on its NT 2.0 platform, and the 2022 ES6, EC6, and ES8 models on June 15. CICC, a top Chinese investment bank, sees about a 30 percent upside for NIO in a research note on Friday, bullish on the growth momentum of the company's NT 2.0 platform models.

CICC initiated coverage of NIO's Hong Kong-traded shares with an Outperform rating and a HK$196 price target, implying a 26.2 upside from the company's closing price of HK$155.3 last Thursday.

The investment bank also raised its price target on NIO's shares traded in the US by 8.7 percent to $25, implying an upside of 30.3 percent.

It is also worth noting that NIO stores in Shanghai have seen traffic return to pre-Covid lockdown levels, with travel restrictions in the city lifted earlier this month, according to a local media report.

NIO's 27 stores in Shanghai have seen all staff return to their posts, and traffic at those stores has returned to levels seen before this round of Covid outbreak, Shanghai Securities News reported in a report yesterday evening.

The report included a picture with a caption mentioning that NIO's store in the busy West Nanjing Road in Shanghai saw lots of customers, many of them with their families, on the evening of June 18 to see the show cars.

On June 18, NIO added a battery swap station in Shanghai, the first this month. The company also added a new NIO House, which is its comprehensive facility with showroom functions and advanced services for users, in Beijing on the same day.