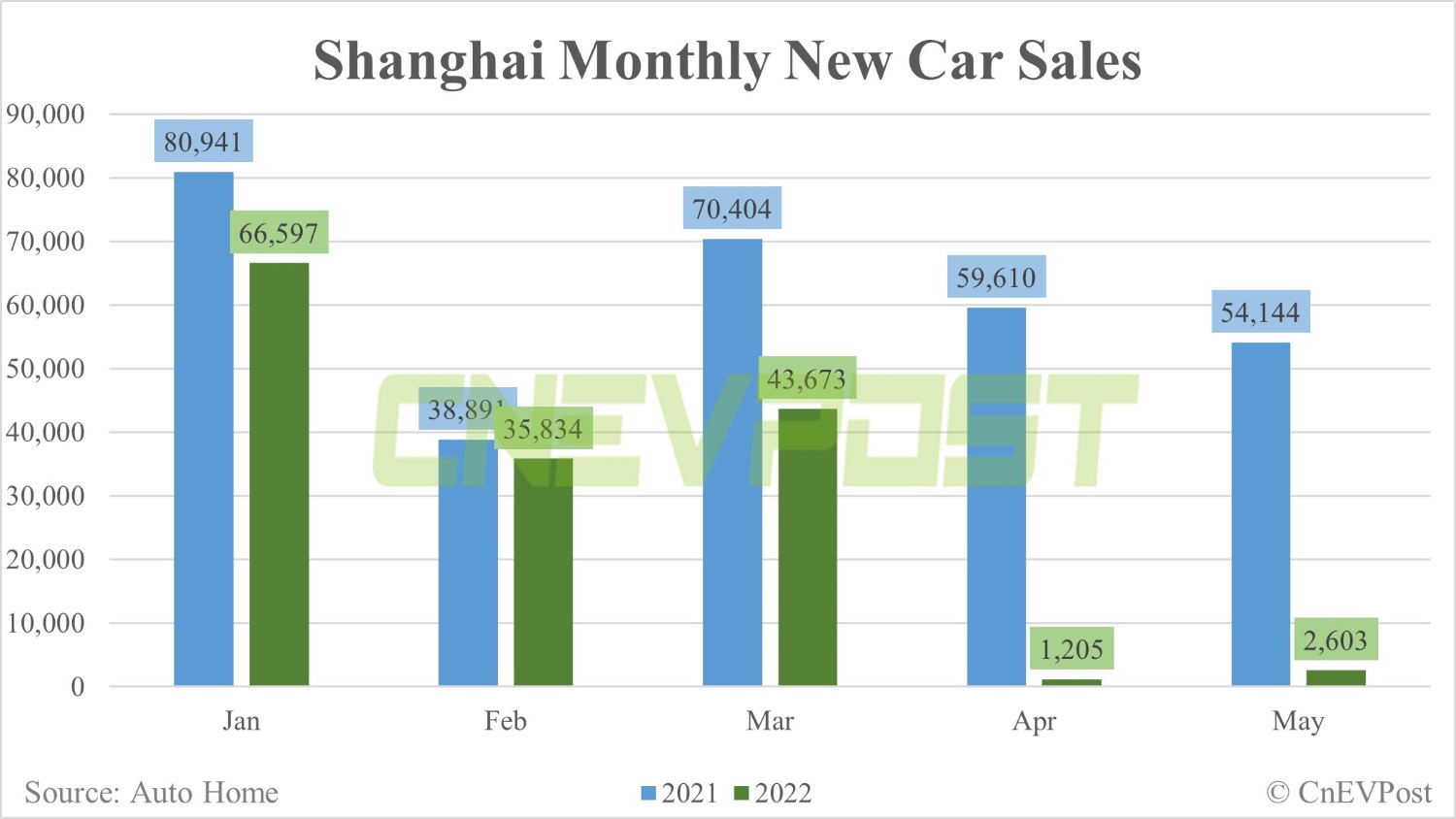 New car sales in Shanghai were 2,603 units in May, down 95.19 percent from 54,144 units in the same month last year, insurance registration figures show, according to a report today by local auto media Auto Home.

This is the second month in a row that car sales in the city have remained at extremely low levels, after April's sales stood at 1,205 units.

That's because Shanghai entered a phased lockdown from March 28, and was in that state for April and May, before gradually resuming normal life on June 1.

In May, all car dealers in Shanghai halted business operations, and car sales were all wholesale orders or to large users, according to the Auto Home report.

Beginning in June, auto sales and consumption in Shanghai are expected to gradually return to normal as a series of policies to boost auto consumption begin to be implemented, the report noted.

Shanghai is one of the biggest cities in China in terms of auto sales, with 66,597 units sold in January this year. The city is also one of the most important markets for NIO (NYSE: NIO, HKG: 9866, SGX: NIO) and is home to its global headquarters.

NIO's sales in Shanghai contribute one-sixth to one-fifth of the company's total sales, William Li, the company's founder, chairman and CEO, said in an exchange with some vehicle owners yesterday, according to a live video replay of the event posted on the NIO app.

NIO currently has more than 10,000 employees in Shanghai, and the Covid outbreak has had a significant impact on the company's moves on all fronts, Li said.

One of those impacts was the delayed launch of the NIO ES7, which Li said he and his team came to launch the ES7 SUV in Hefei, Anhui province, through a closed-loop transfer.

NIO originally planned to unveil the ES7 in April, but the plan was postponed with the outbreak of the Covid outbreak in Shanghai. The company unveiled the SUV via an online launch on June 15.

In 2021, NIO has the No. 1 market share of 23 percent of all fuel and electric SUVs priced over RMB 350,000 in Shanghai, Li said during the March 25 fourth-quarter earnings call.

NIO has an established online sales system, so orders in Shanghai have been good, and new orders in the city even rose significantly in May, local media outlet The Paper said on May 30, citing unnamed sources at the company.

The company's offline stores and battery swap stations in Shanghai have been open since late last month to early this month, and deliveries of ET7 sedans in the city resumed on June 2.