CATL has set price for its share offering at RMB 410, report says

The pricing represents a 12 percent discount to CATL's closing price in Shenzhen on Wednesday and a premium of about 21 percent to the offering's floor price of RMB 339.67. 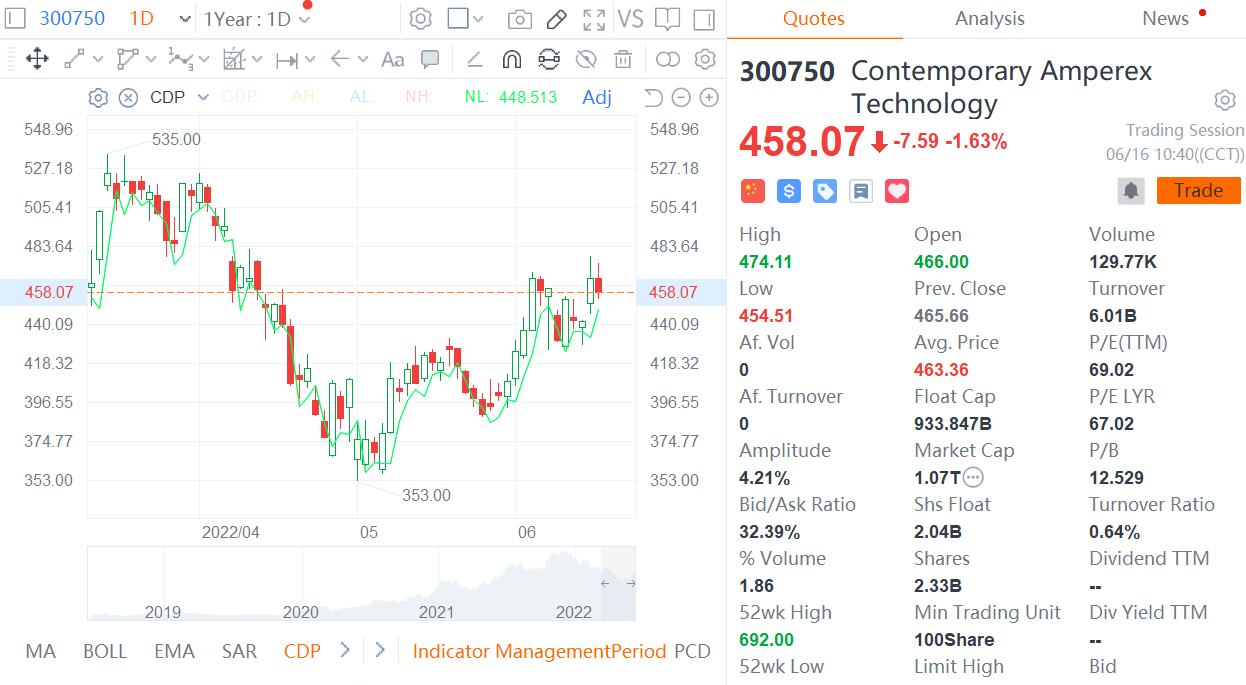 Contemporary Amperex Technology Co Ltd (CATL, SHE: 300750) has set the price for an additional share offering after the plan was originally proposed last August.

CATL has priced its huge share offering at RMB 410 per share, Bloomberg said in a report today, citing people familiar with the matter.

The pricing represents a 12 percent discount to CATL's closing price in Shenzhen on Wednesday and a premium of about 21 percent to the offering's floor price of RMB 339.67, the report noted.

The offering shows CATL's confidence in its business prospects for the near to medium term even after its share price slumped in recent months, Bloomberg Intelligence auto analyst Steve Man said.

In August last year, CATL unveiled plans to raise RMB 58.2 billion yuan ($8.7 billion) through a private placement to no more than 35 specific targets, but was subsequently challenged for overfunding.

On April 29, CATL made an announcement indicating that it had received approval from the China Securities Regulatory Commission for the financing plan.

An offering of that size would be the world's second-largest stock sale this year, after rival battery maker LG Energy Solution raised $10.7 billion in its largest-ever initial public offering in South Korea in January, the Bloomberg report noted.

Demand for power and energy storage batteries is expected to continue to rise sharply in the coming years, and the company still has room for further market share gains, CATL said in a May 5 filing.

The company's battery capacity is expected to reach more than 670 GWh by 2025, CATL said last month.