AMD says it looks forward to broad cooperation with NIO in the future. 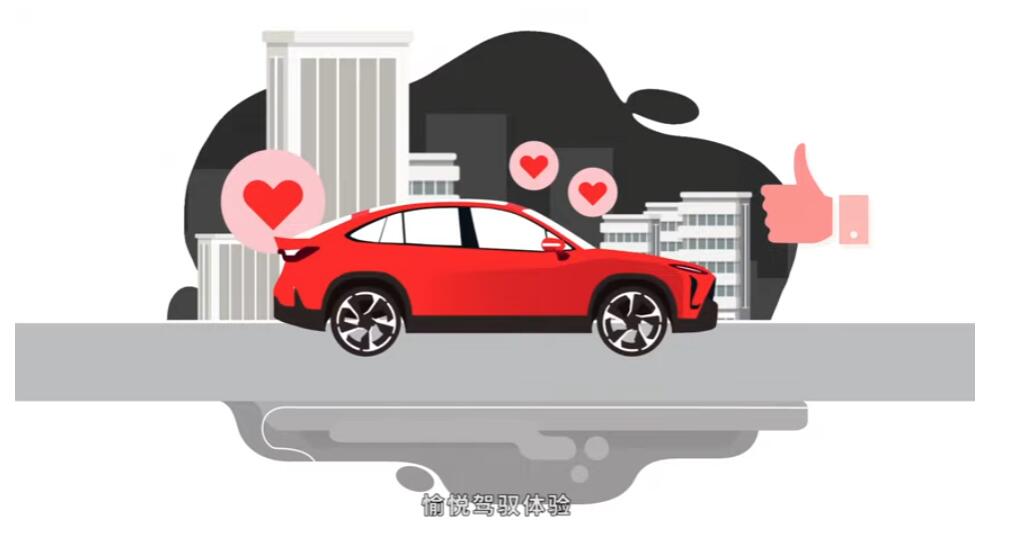 Comments made yesterday by an NIO (NYSE: NIO, HKG: 9866, SGX: NIO) executive have reversed the widely circulated partnership between the company and Advanced Micro Devices (AMD, NASDAQ: AMD). Following clarification from the US chipmaking giant, NIO toned down its voice as well.

"NIO purchased servers for HPC development that use AMD EPYC processors based on the 'Zen 3' architecture," AMD China said on Weibo at 10:32 pm yesterday, adding that "We look forward to broad cooperation between the two companies in the future."

NIO's Weibo account reposted AMD's clarification at 10:49 pm, saying it looks forward to the two companies playing a joint role in driving the automotive industry's transition to intelligence and electrification.

AMD's video posted on Weibo Monday said NIO will use AMD's EPYC family of processors in its HPC (high-performance computing) platform, which is expected to speed up AI deep learning training and shorten product development cycles.

The video implies that AMD's chips will only be used in NIO's vehicle development segment, and not in production vehicles.

However, on Wednesday, NIO senior director of corporate communications Ma Lin said in a repost of AMD's video that NIO has no cooperation with AMD and has not authorized AMD to carry out this campaign.

AMD's video has now been removed, as has Ma's Weibo post from yesterday.

"There was some misunderstanding between the two sides before. I was too aggressive in my previous Weibo statement and felt it was a bit of an exaggeration to do so after posting it," Ma said in a repost of AMD's clarification last night.

"AMD is a very respectable company. No fight, no acquaintance. Let's work together for the coming of car intelligence and the vision of Blue Sky Coming," Ma said. 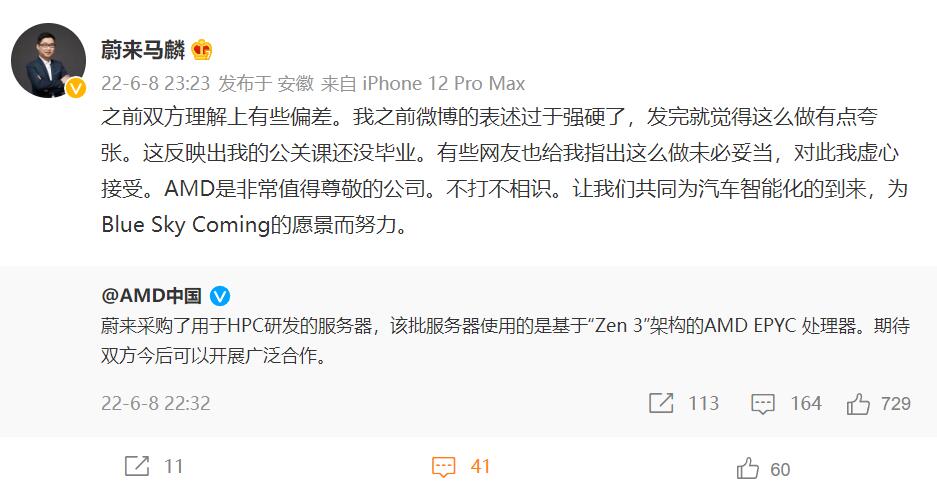