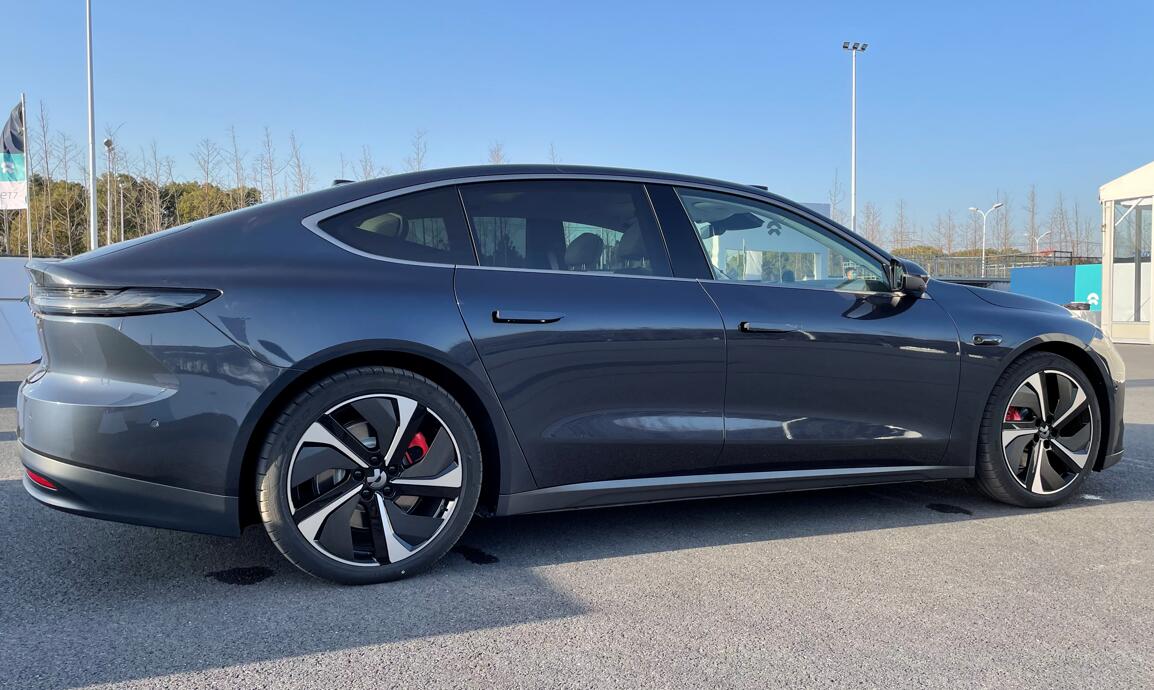 NIO is positioned as a premium luxury car brand with outstanding comfort and power, and with its excellent channel operations and customer service, the company has an edge in the premium pure-play SUV market, analyst Wu Liuyan wrote in the note.

NIO has built a unique user ecosystem through battery swap services, user community operations, and comprehensive services, allowing it to build brand value, according to the note.

NIO's product retention rate is second only to Tesla's, with the EC6 and ES6 ranking second and third respectively in the ranking of new energy vehicles (NEVs) with the best retention value in 2021, just after Tesla's Model Y, the report said, citing Roland Berger data.

However, NIO's current SUV models -- the ES8, ES6 and EC6 -- were all launched more than 2 years ago, and they have older specs and similar positioning, the analyst said.

Upgrades to the hardware in 2022, as well as a facelift, are expected to drive growth in NIO's sales, according to the analyst.

In addition, with the launch of NIO's affordable sub-brand in the future, it will achieve lower product prices, which is expected to allow deliveries to see a more substantial boost, according to the note.

In terms of gross margin, the rise in upstream raw material costs in 2022 has led to pressure on its gross margin, but with the increase in deliveries, the scale effect will gradually emerge, which is expected to offset the cost pressure, the analyst said.

Taking into account rising material costs, higher expenses and the gradual emergence of scale effects, the analyst expects NIO to post net losses of RMB 7.5 billion and RMB 4.1 billion this year and next year, respectively, and to make a profit of RMB 360 million in 2024.

According to Price/Sales valuation, NIO's current market cap corresponds to a valuation multiple of 3.6x, the same as Li Auto, lower than Tesla's 12.9x and XPeng's 3.7x, according to the analyst.

The analyst did not give a price target for NIO, and its Outperform rating means she expects the company's stock to outperform the overall market by 5 percent to 20 percent in 6-12 months.

NIO's shares traded in Hong Kong were up 0.31 percent to HK$162.1 by the close of morning trading, giving it a cumulative gain of 60 percent since May 13.

The company will report its first-quarter earnings on Thursday before the US stock market opens, here's a preview. 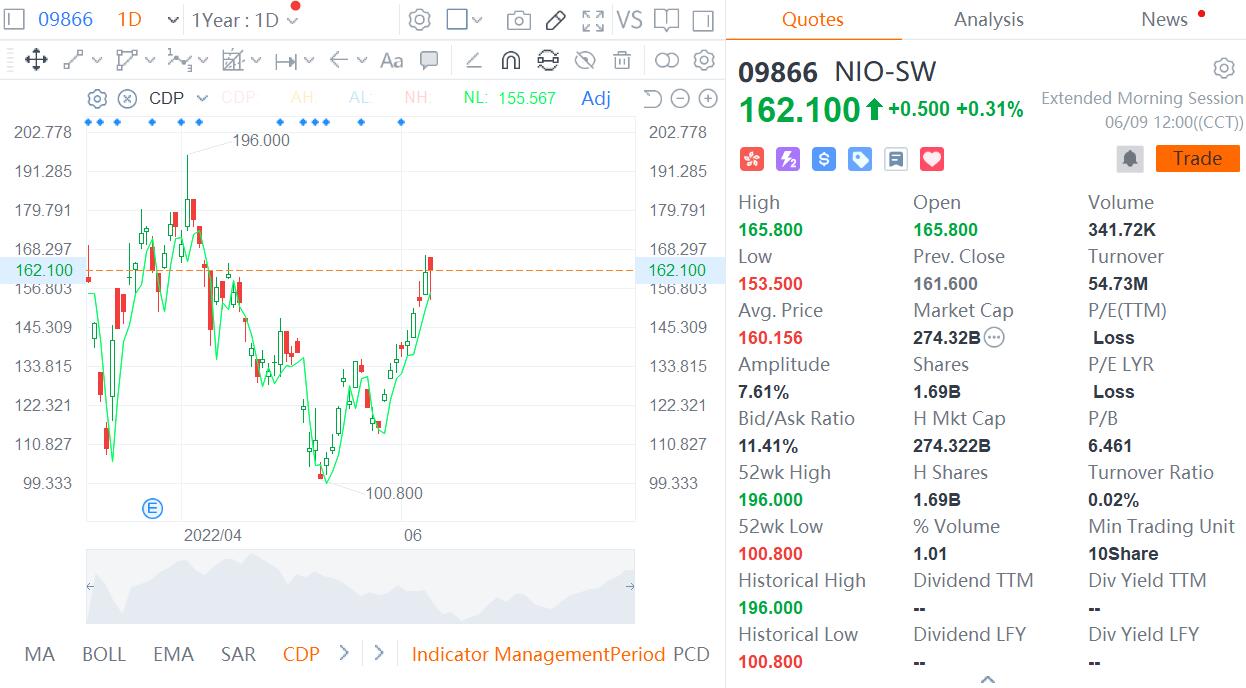