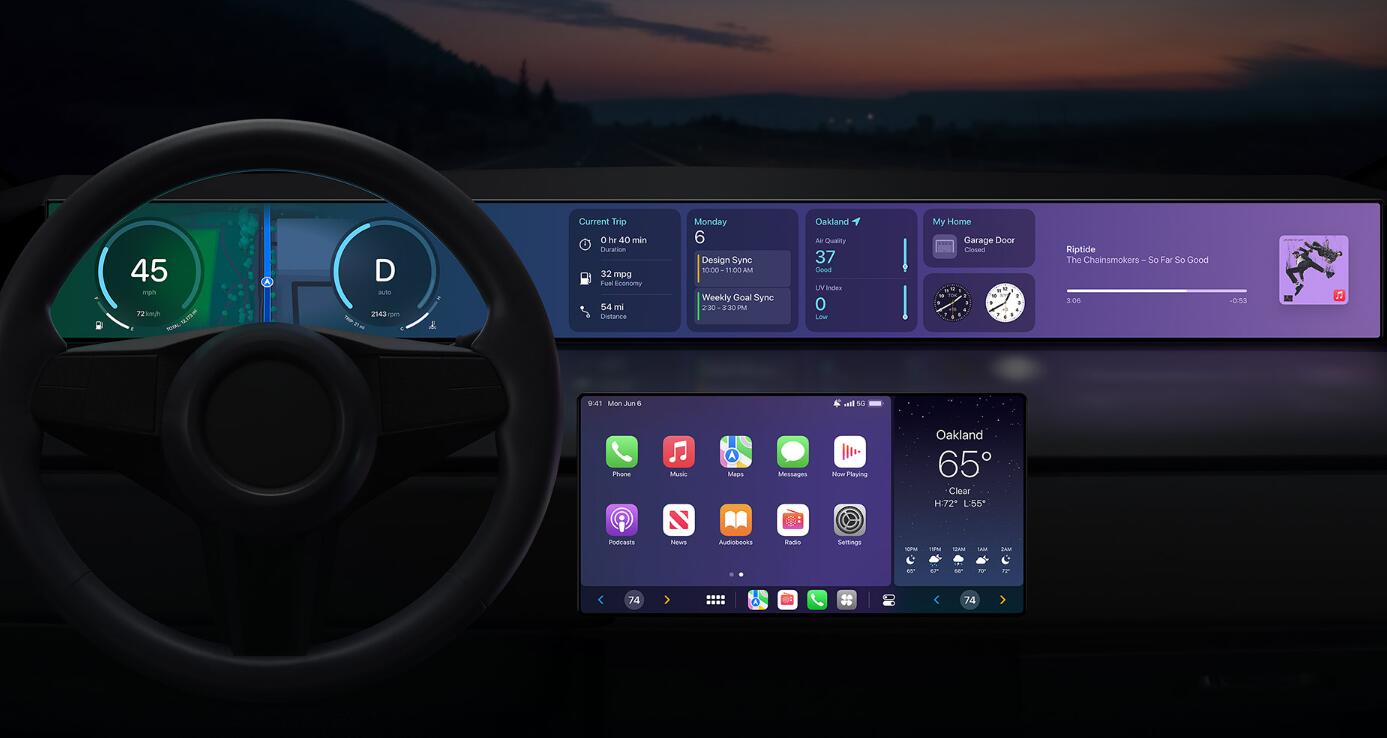 Apple's announcement of the next generation of CarPlay at yesterday's WWDC22 Worldwide Developers Conference has sparked widespread discussion in the automotive industry. While the feature has been praised by iPhone users, electric vehicle (EV) makers seem wary of it.

He Xiaopeng, chairman and CEO of XPeng Motors (NYSE: XPEV, HKG: 9868), believes CarPlay is a good solution for the current generation of cars, but not for the next generation of smart cars.

The man at the helm of one of China's best-known EV companies took to Weibo today to give his take on CarPlay, saying that for iOS, CarPlay is expanding the ecosystem and preparing for Apple cars.

For iPhone users, the latest CarPlay is definitely a clear enhancement to the experience and scene, and "some car companies" had similar judgments when they decided to enter the mobile phone manufacturing space, he said.

Although he didn't mention it directly, the "some car companies" he was referring to were clearly XPeng's local counterpart NIO (NYSE: NIO, HKG: 9866, SGX: NIO).

Earlier this year, there were multiple rumors that NIO would launch its own cell phone business. William Li, the company's founder, chairman and CEO, said in his first response in late March that NIO's users wanted to see a phone that connected better with cars, prompting the company to study the industry.

In the shift from autonomous driving to unmanned driving, there will be highly integrated, imagination-expanding hardware and software changes, he said.

And these changes are not achievable through the original automotive integration R&D model, he said, adding that they are the next generation of imagination for smart cars, and probably why Apple itself wants to enter the smart car era.

"So CarPlay is a very good solution in this generation of cars, and the next generation of smart car solutions requires more comprehensive full-stack in-house research and ecological construction," he said.

Apple said at WWDC22 that the next generation of CarPlay in-car functionality is further expanded with deep integration with car hardware.

The new CarPlay will be able to send content to multiple displays in the vehicle, allowing users to directly complete operations such as controlling radio stations and adjusting the car's environment.