NIO and AMD are not working together and are not currently discussing a partnership, an executive at the EV maker said, asking AMD to remove a video previously posted on Weibo.

"NIO and AMD are not working together and are not currently discussing cooperation, let alone authorizing AMD to carry out this campaign," Ma Lin, senior director of corporate communications at NIO, said today in a repost of a video released by AMD China. 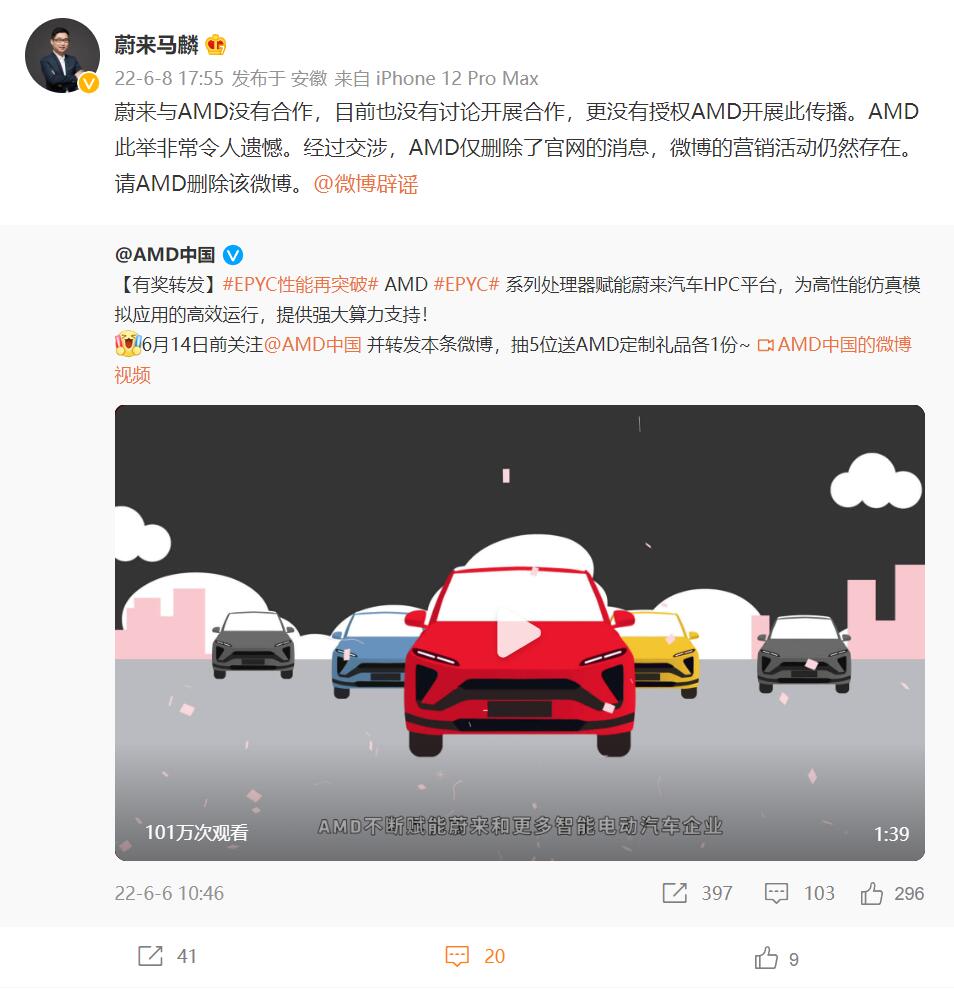 The video, released on Monday, said NIO will use AMD's EPYC family of processors in its HPC (high-performance computing) platform, which is expected to speed up AI deep learning training and shorten product development cycles. 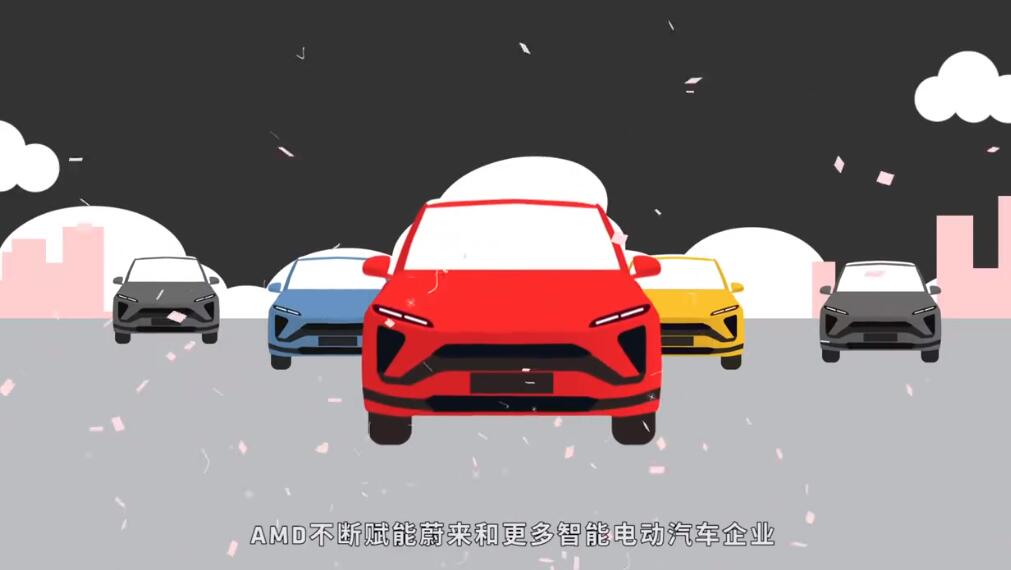 The video implies that AMD's chips appear to be used only in NIO's vehicle development and not in production vehicles.

NIO is currently using Qualcomm chips in the vehicle's smart cockpit, with smart driving chips coming from Mobileye and Nvidia.

"This move by AMD is very unfortunate. After talking to it, AMD only removed the message from the official website and the marketing campaign on Weibo still exists. AMD please remove this Weibo post," Ma said.

Ma implied in the comments section of his Weibo post that NIO only procured servers that used AMD chips.

"(We) procured Party B's servers containing AMD chips, can AMD directly use Party A for marketing?"

As of press time, the video has still not been removed and has reached 1.01 million views on Weibo.