NIO to report Q1 earnings on June 9, what to watch?

Deutsche Bank analyst Edison Yu's team cut their price target on NIO by $5 to $45, but said NIO is on track to return to its product super cycle this year.

"We expect a mostly in-line quarter with investor attention to be focused on the 2Q outlook (we forecast 24,000 deliveries) and commentary around the supply chain post Covid lock downs," the team wrote.

NIO delivered 25,768 vehicles in the first quarter, within the previously given guidance range of 25,000-26,000 vehicles. The delivery volume represented a 28.45 percent year-on-year increase and a 2.93 percent increase from the fourth quarter of last year. 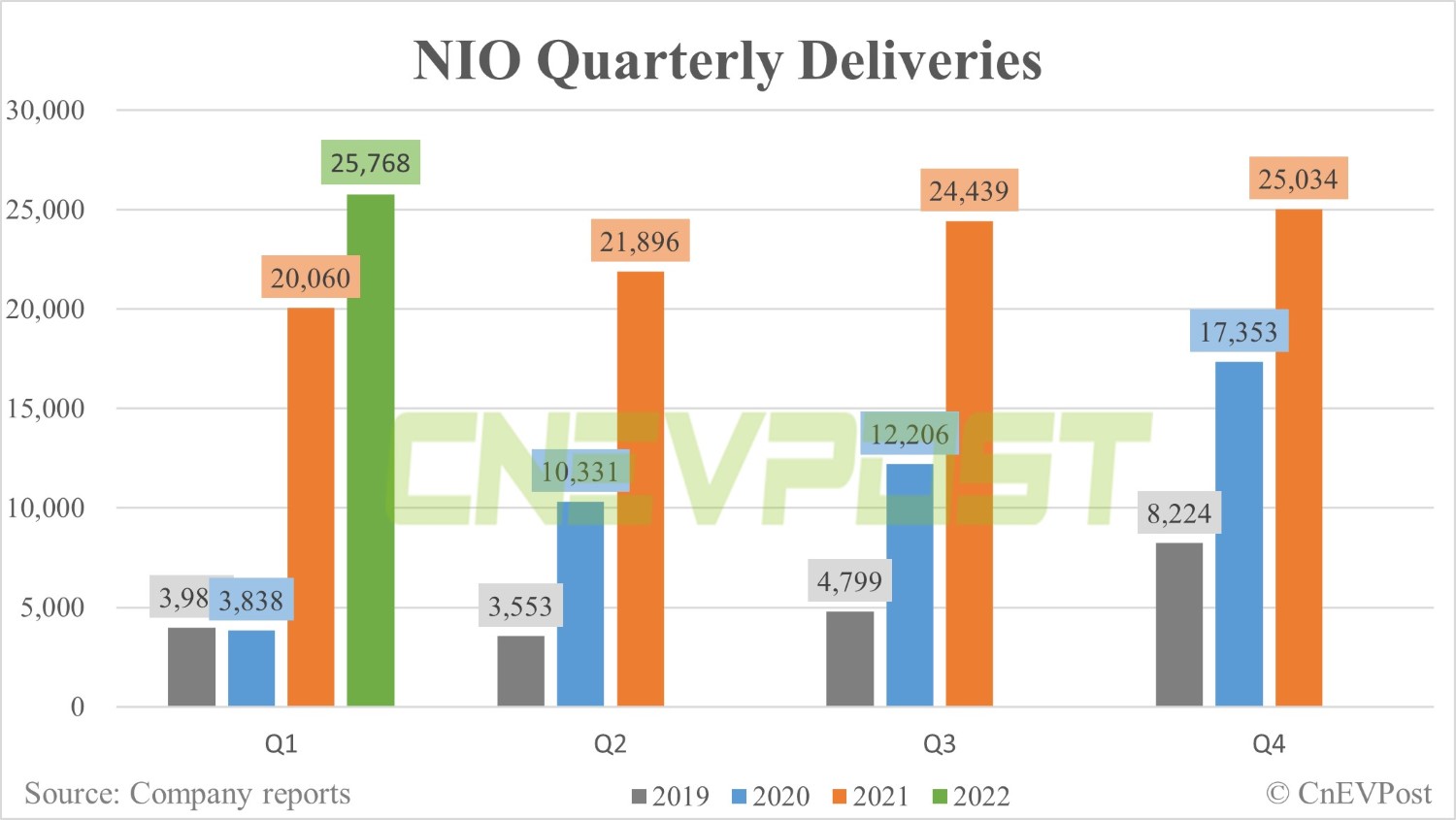 It previously guided RMB 9.63 billion to RMB 9.99 billion in revenue for the first quarter, representing a year-on-year increase of 20.6 percent to 25.1 percent.

Yu's team expects NIO to report revenue of RMB 9.92 billion, gross margin of 15.8 percent and adjusted earnings per share of -0.99 in the first quarter.

This compares to the current analyst consensus of RMB 9.91 billion, 15.7 percent, and -1.00, respectively, in the Bloomberg survey.

For the second quarter outlook, the team expects NIO to guide about 24,000 deliveries, down slightly from the year-ago quarter. However, this represents a material sequential improvement from about 7,000 in May, the team said.

NIO ET7 deliveries in May came in at 1,707, not far off the 2,000 target initially set by the company's management, Yu's team noted.

In terms of gross margin, the team believes the second quarter should see some decline sequentially and represent the low point of the year.

This is due to lower volumes and an imbalance in orders, i.e., orders placed before price hike being fulfilled with components procured at newly elevated levels, according to the team

Shanghai, home to NIO's global headquarters, has essentially lifted the two-month-long Covid lockdown on June 1, and the company said today that its operations in the city have largely returned to pre-lockdown levels.

"With Shanghai opening up last week, we think NIO can finally get back on track with its product super cycle this year," Yu's team said.

Since June 2, NIO has delivered 101 vehicles in Shanghai and today began delivering the ET7 in the city, the team noted, adding that their base case assumes a substantial increase in sales in June, with the production of the ES7, ET5 all starting in August.

The NIO ES7 will be launched on June 15, local automotive media Xchuxing said on June 4, citing an event poster allegedly from NIO.

Last week the ES7 SUV entered the final catalog of the latest batch of models that will be allowed to be sold, released by China's Ministry of Industry and Information Technology.

The NIO ES7 SUV will be officially unveiled later this month, a large 5-seat premium SUV priced at more than RMB 400,000 to compete with the BMW X5, the team noted, adding that 2022 versions of the ES6, EC6 and ES8 will also be announced, and they will have an infotainment upgrade.

The team lowered their price target on NIO by $5 to $45 from $50 previously, as they lowered their valuation multiple on NIO to 4.5x from 5x 2023E EV/Sales previously, given the broad downgrade of growth stocks. 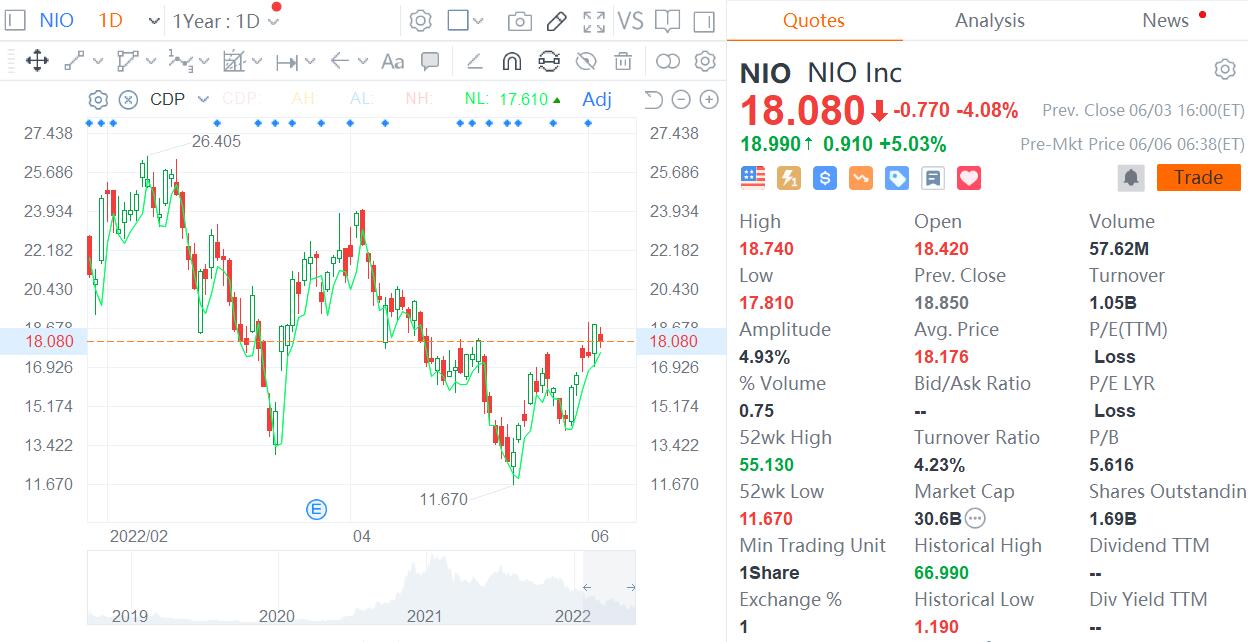